Koenigsegg Gemera hybrid has 1,700-hp, and you can bring all your friends 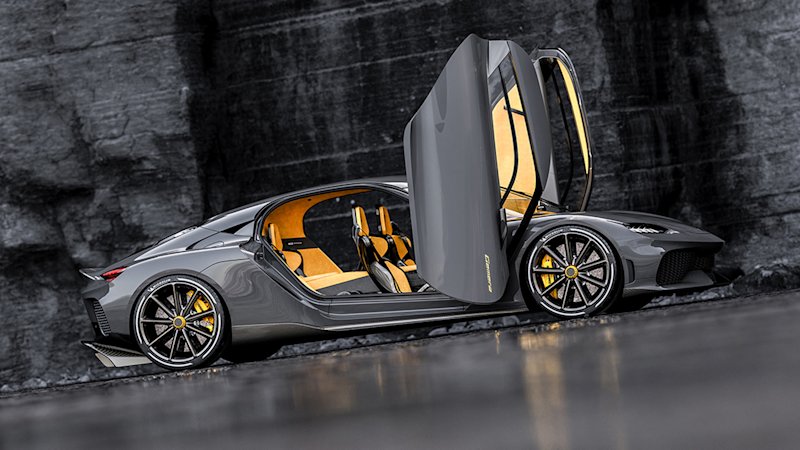 The rumor was right. Koenigsegg has just unveiled the Gemera, an all-new member to the family that sports four seats, two scissor doors, and a massively powerful hybrid powertrain that still allows for pure electric driving. In the same breath, Koenigsegg also unveiled the Jesko Absolut, the fastest road car the company will ever produce.

As the brand's first four-seater, the Gemera marks the start of a new era for Koenigsegg. While others, even many of the world's top performance names, are making high-utility crossovers and SUVs, Koenigsegg has chosen to add function while maintaining the coolness factor of a coupe. A real coupe. Who cares if you have to cram into a rear seat when the cramming is achieved through a scissor door?

With the Gemera, which has a shape inspired by an egg, Koenigsegg aimed to make a car with the personality of a mid-engined two-seater but the practicality of a road-trip vehicle. CEO Christian von Koenigsegg says he's been planning this car since 2003 and wanted to make sure every seat is equally as spacious and comfortable, unlike many 2+2s that only have two usable seats.

The front seats are made from hollow carbon-fiber monocoques and weigh only 37.5 pounds. The slim design of the seats, which integrates the back into the bottom, and the nature of the scissor doors mean ingress and egress is simple and doesn't require moving the front seats.

The rest of the interior is focused on luxury. The sideview mirrors have been replaced with cameras, seats are heated and cooled, the front and rear each both have large digital infotainment touchscreens to control entertainment and climate, each seat has a hot and a cold cup holder, and the audio system has 11 speakers. The clever design packaging allows all this, plus storage for four pieces of luggage, three in the rear and one up front.

The Gemera will coddle and comfort, but it will also thrill with its high-tech hybrid powertrain. Koenigsegg claims 1,700 bhp and 2,581 lb-ft of torque, and a zero-to-62-mph sprint in 1.9 seconds. This is accomplished with a combination of three electric motors, a twin-turbocharged 2.0-liter three-cylinder camless gas engine, and a direct-drive transmission. It also has all-wheel drive, all-wheel torque vectoring, and all-wheel steering.

Two of those electric motors, each of which makes 500 bhp and 738 lb-ft of torque, are on the rear wheels. A third e-motor is attached to the engine crankshaft and makes 400 bhp and 369 lb-ft of torque. Simultaneously, these electric motors make 1,100 bhp. Working with the e-motor to propel the front wheels is what Koenigsegg calls the Tiny Friendly Giant (TFG) engine. It is rated at 600 bhp and 443 lb-ft of torque and uses the company's Freevalve technology.

The Gemera, which uses carbon fiber for the chassis, body, and wheels, is built to be eco-conscious, as well. An 800-V, 15-kWh battery allows up to approximately 31 miles of totally electric driving, and the car has an overall range of 621 miles. The Gemera is a flex-fuel vehicle, too, so it can run on Gen 2.0 ethanol or C02-neutral methanol. That means it could potentially be as C02-friendly as an electric vehicle, under certain circumstances. 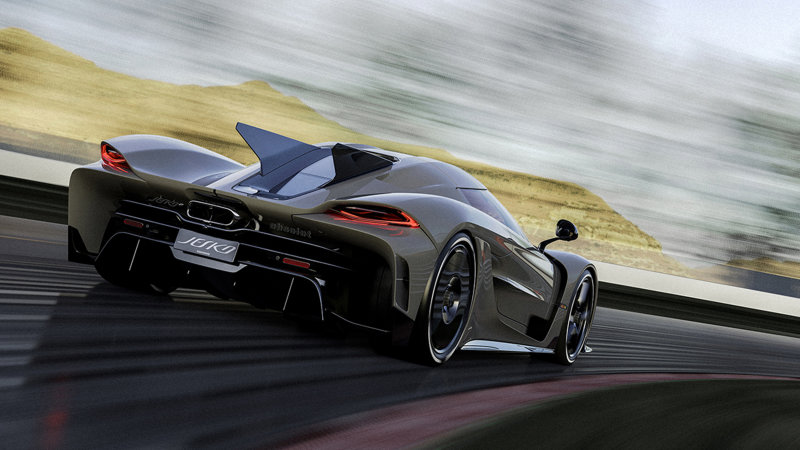 Koenigsegg says the Jesko Absolut is the fastest car it's ever made, and that "the company will never endeavor to make a faster series-production road car – ever." So, it's likely Koenigsegg will make faster one-offs and track specials, but this will be the pinnacle of speed, and will be used to chase the top-speed record.

The Jesko launched as an all-new Koenigsegg in 2019, and the Absolut continues its story with a different purpose. With the Absolut, Koenigsegg set out to reduce drag as much as possible and make the Jesko as slippery as possible. That started with reducing downforce, so the massive wing was replaced with two fins inspired by F-15 fighter jets. These fins "clean up airflow over the rear end," which helps increase high-speed stability.

Further reducing the drag coefficient to 0.278, Koenigsegg extended the rear hood, added rear wheel covers, lowered the ride height, removed the front wheel louvres, and removed the front hood closed air duct. The front suspension, which is more compact that the setup found on the Jesko, is also slightly softer, which makes the car more comfortable on the road, as well.

Getting comfortable with the power might be a different story. The engine is unchanged from the Jesko, so it carries on with the twin-turbocharged V8 that is connected to a nine-speed transmission. The engine revs up to 8,500 rpm, and Koenigsegg claims 1,600 bhp on E85 fuel. Unique innovations also allow drivers to shift from any gear to any other gear. 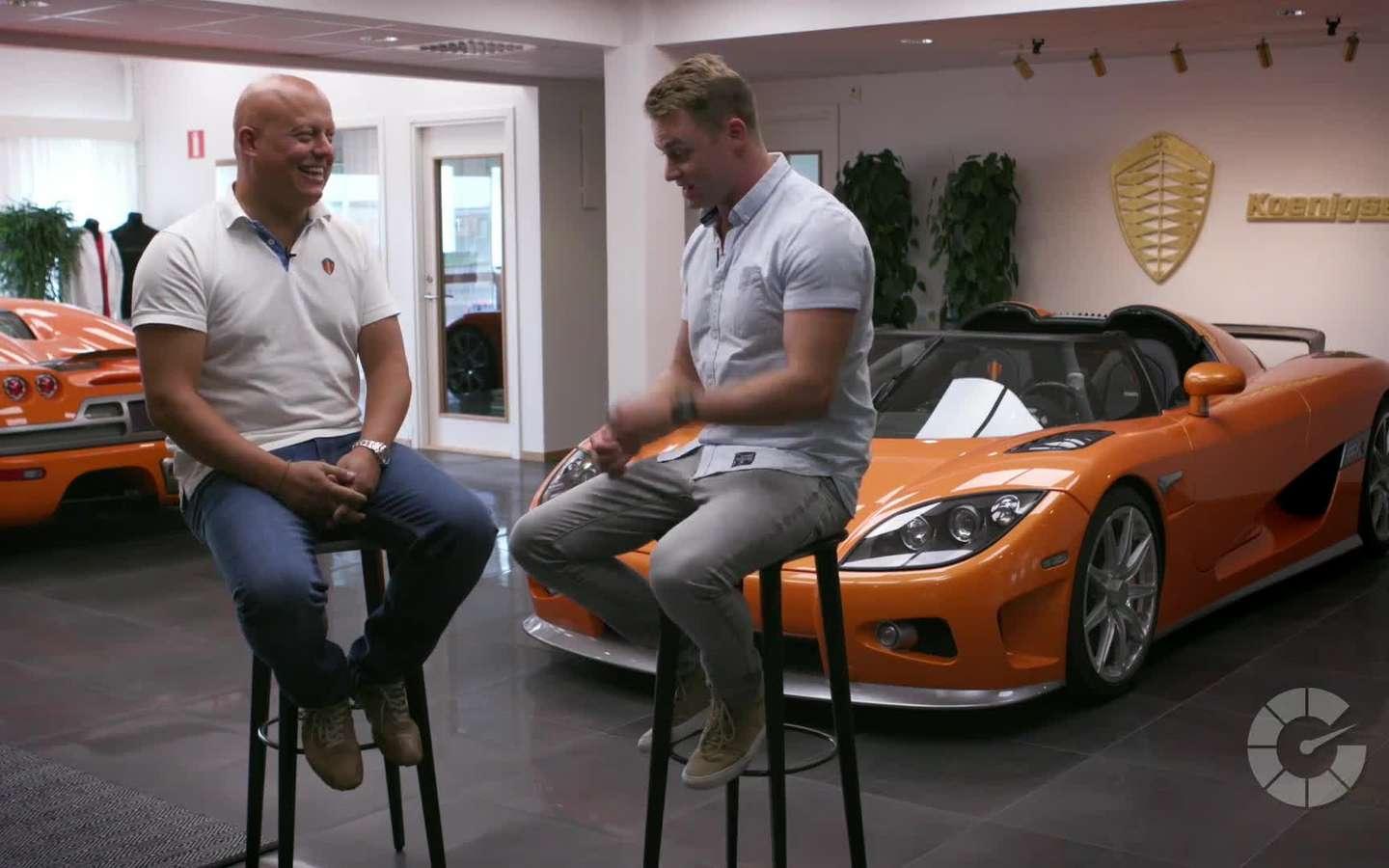