Bang & Olufsen is back with another stylish speaker for deep-pocketed audiophiles. The Beosound Balance, which sits somewhere between the Besound 2 and disc-shaped Beosound Edge, has been conceived with a London design agency called Layer. It's split into two parts: a cylindrical base and larger bucket-shaped upper, that work in tandem to fill your room with hopefully-great sound. "Together, these two elemental forms create a sculptural object," Layer explained in a press release, "like a plinth supporting an artwork or vase that disrupts the monoblock format of most speakers." We'll let you decide if it looks like a museum exhibit or not.

The bottom portion of the Beosound Balance is wrapped in FSC-approved timber and contains one large, upward-facing subwoofer. The low-frequency sound goes up and through a perforated metal dish before reflecting off the rounded base of the top section. The upper unit, meanwhile, contains a downward-facing bass driver, three mid-range speakers and two tweeters. They're all wrapped up in a knitted textile that, like the timber base, is supposed to evoke premium furniture. 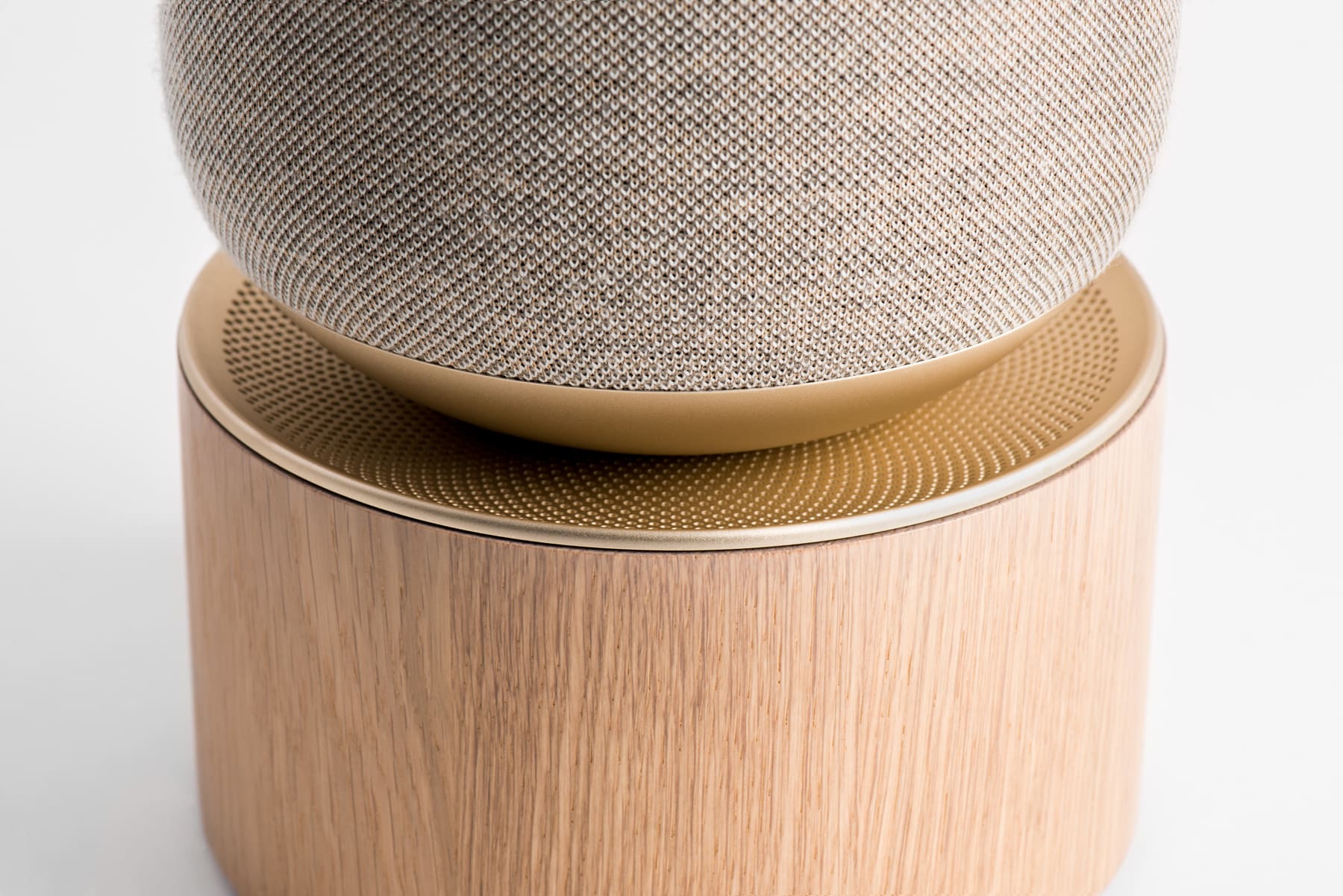 The top of the Balance is a touch-sensitive dish that lets you adjust the volume, skip tracks and access other basic controls. The various options are etched into the aluminium surface and illuminated with LEDs that subtly turn off when the speaker isn't in use. According to Layer, the Beosound Balance also has an internal microphone that, during the initial setup process, will analyse the room and create a set of personalized "filters" that compensate for the walls and other sound-reflecting surfaces.

Bang & Olufsen's new speaker will support Bluetooth, AirPlay 2 and Google Cast, with Spotify Connect coming before the second half of 2020. And if you prefer voice to touch controls, fear not: the Beosound Balance will offer the Google Assistant and, later in the year, Amazon's Alexa alternative. If you own other Bang & Olufsen hardware, the Balance can also be used as part of a Sonos-style surround sound or multi-room setup. 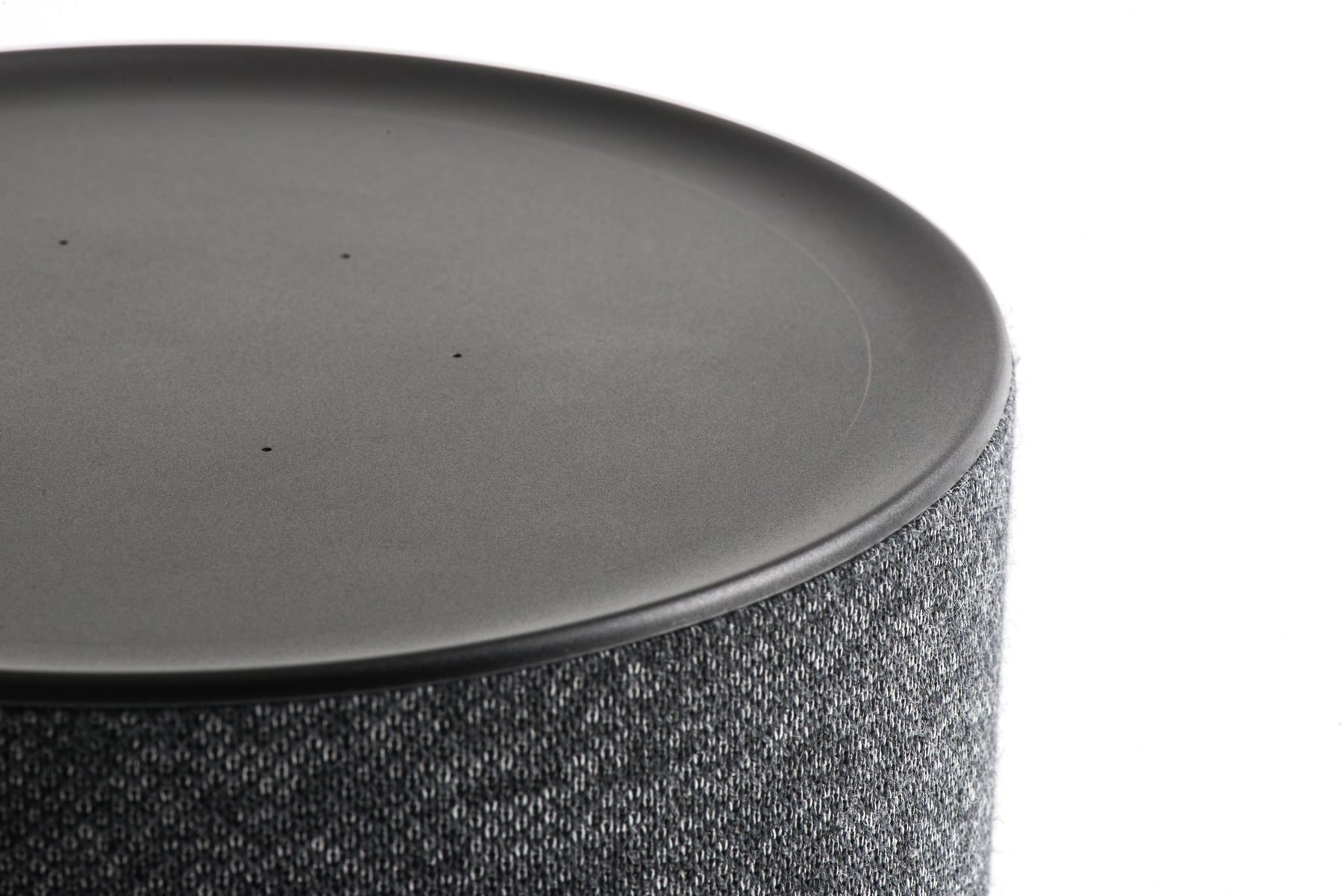 The Besound Balance will be available in two colors, Natural Oak and Black Oak, for $2,250 (£1,750/€2,000) later this month. That's the same price as the cone-shaped Beosound 2 -- a Layer spokesperson told Engadget, however, that the Balance sits above that model and isn't a direct replacement. (Maybe the Beosound 2 is getting a price cut?) Regardless, the speaker is far more expensive than Apple's HomePod and anything offered by Sonos at the moment. Instead, a closer point of reference is the Formation line by Bowers & Wilkins, which includes the standalone Wedge for $900 and bookshelf-style Duo speakers for $3,999.