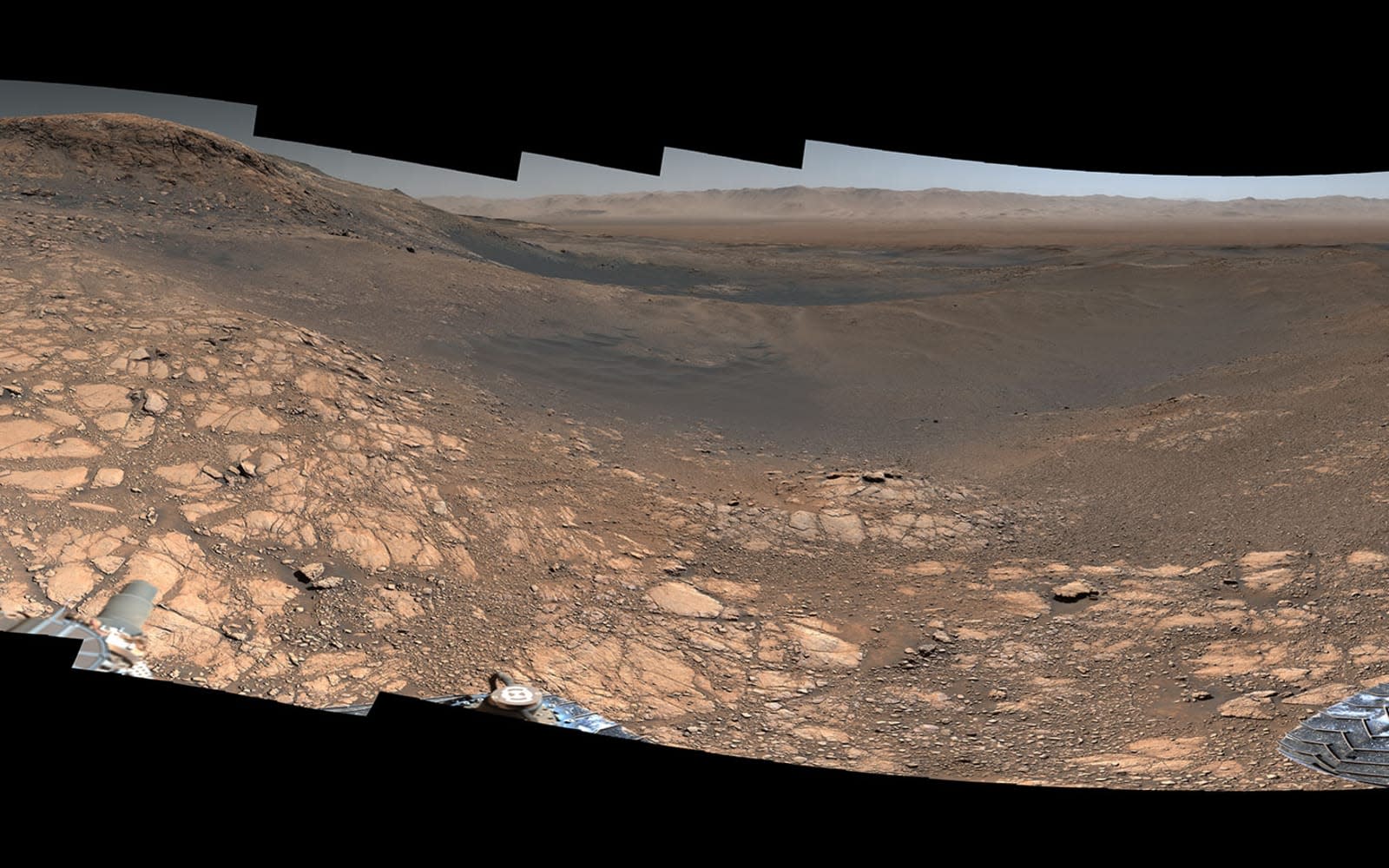 NASA's Curiosity rover has sent the highest-resolution panorama of Mars ever taken back to Earth. Now, you can explore the Martian surface by zooming in on the giant 2GB image or cruising around in a 360-degree video that NASA shared on YouTube.

The panorama contains nearly 1,200 individual images taken over four days. The photos were snapped around Thanksgiving when Curiosity had some time to sit still. The final product contains nearly 1.8 billion pixels, which allows viewers to zoom in on details way in the distance. You can see the rim of the crater that Curiosity is inside of and another 3-mile-wide crater inside of that.

You can also take a look at Curiosity. You might notice a radiation sensor, tubes used during its flight to Mars and a sundial. In the distance, you'll also see the tracks Curiosity has made on the surface of the planet. Even after seven years, NASA says, Curiosity is a "window to another world."

In this article: 360 video, Curiosity Rover, explore, high-resolution, landscape, mars, martian, nasa, panorama, space, surface, tomorrow, entertainment
All products recommended by Engadget are selected by our editorial team, independent of our parent company. Some of our stories include affiliate links. If you buy something through one of these links, we may earn an affiliate commission.