Facebook has removed more than a thousand of Donald Trump's campaign ads for breaking its rules prohibiting misinformation related to the 2020 U.S. census. The ads, which were first reported by journalist Judd Legum, urged users to participate in the "Official 2020 Congressional District Census," and redirected to a survey on the Trump campaign website.

The move is notable because Facebook has previously been reluctant to apply its rules to politicians. But on Thursday, the company confirmed the ads' removal. "There are policies in place to prevent confusion around the official U.S. Census and this is an example of those being enforced," Facebook spokesperson Andy Stone wrote in a statement. 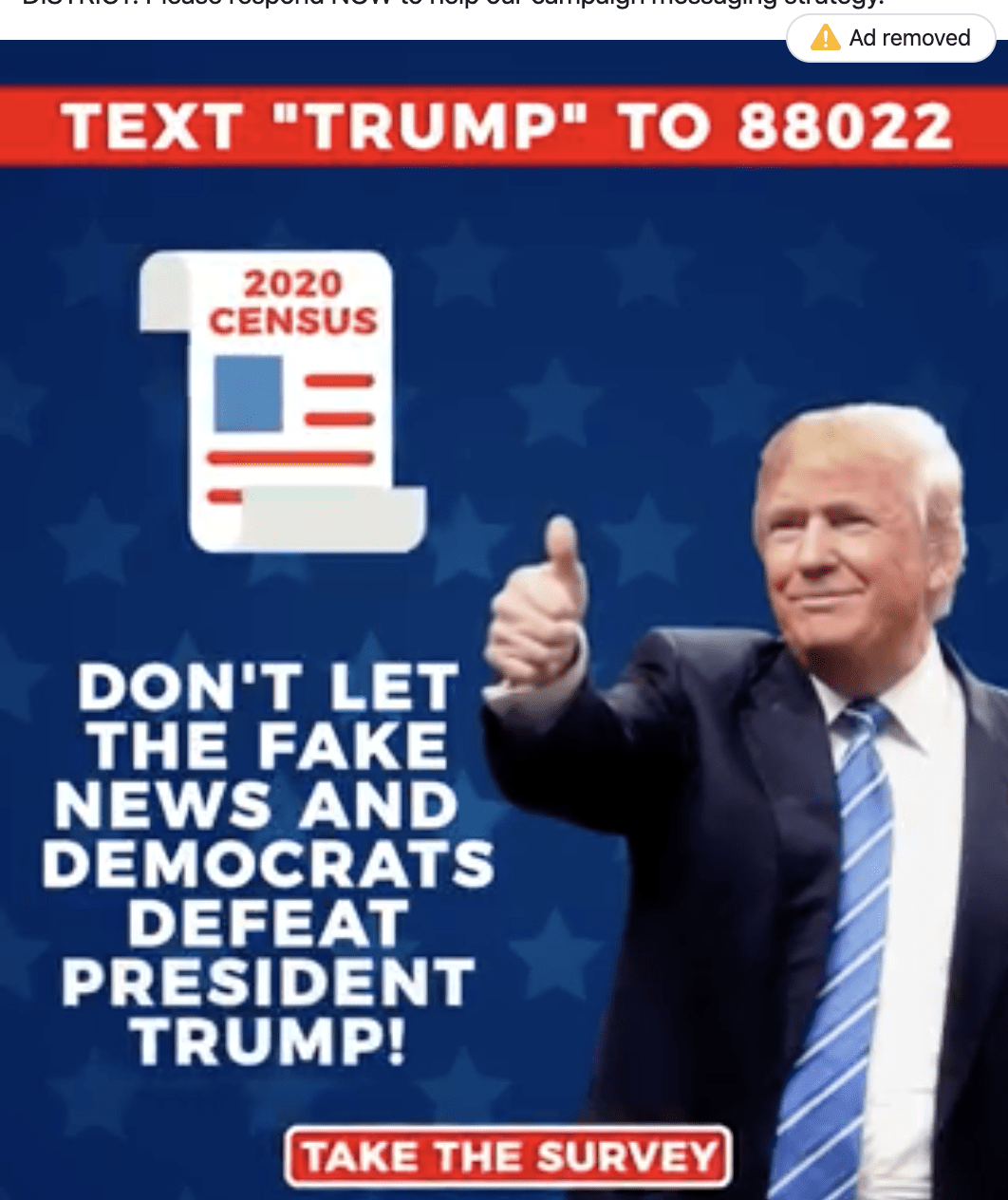 The ads, which started running earlier this week and were shown to Facebook users across the country, are now listed as "inactive" and have been removed, according to the social network's Ad Library.

Facebook announced last year that it would ban census-related misinformation, in a new policy meant to mirror its rules around voter suppression. "We must do our part to ensure an accurate census count, which is critical for the distribution of federal funds, the apportioning of electoral representatives and the functioning of a democracy," the company said at the time.