It's nearly time for the best weekend in sports all year: the start of March Madness. Ahead of the 2020 NCAA basketball tournament, Turner is updating its arsenal of streaming apps for this year's action on the hardwood. And the most notable change is one I've been waiting on for a long time: multiview streaming is no longer exclusive to Apple TV.

For the first time, you'll be able to watch two games at once "during certain windows" of the tournament on Amazon Fire TV and Android TV. Apple TV users still get the best version of this feature though, as you'll still be able to stream up to four games simultaneously on that device. Sure, it's not as good, but the fact that you can watch more than one game during the busiest days of the tournament is a definite upgrade on Fire TV and Android TV.

If you're late tuning in, the March Madness app will give you "The Catch-Up" video that will... well, catch you up. The clip will run down "key plays or moments" that happened before you started streaming the live action. Turner is also bringing back its handy Fast Break coverage to keep you up to speed. If you prefer a live "look-in" type view of the action, Fast Break will offer highlights, analysis, commentary and more from a single stream so you don't have to hop around to keep up with multiple games. Fast Break will only be available during the first two rounds (March 19-22), but let's be honest: that's the time you'll need it most. Turner says "fan-favorite features" like close game alerts, live scores, real-time editorial content and access to radio broadcasts for all 67 games return to the March Madness app this year. 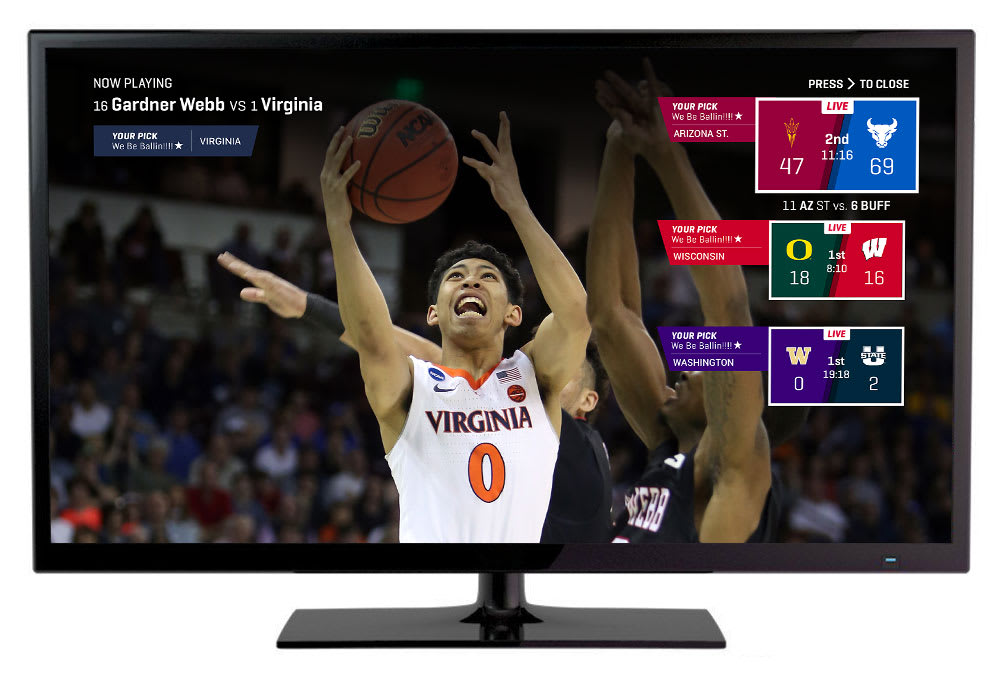 If bracket challenges are your thing, the March Madness app will integrate your picks into your viewing experience a lot more. Of course, you'll have to fill out your bracket in the "official" Capital One NCAA March Madness Bracket Challenge to take advantage, rather than on a site like ESPN or Yahoo. In certain places, the app will remind you of your picks, so you know exactly how busted your bracket is all times. The app will also display bracket challenge leaderboards and allow you to trash talk other members of your group(s).

Starting with the Sweet 16, a Path to Championship feature will "evaluate all possible bracket outcomes" at the end of each game. The app will then highlight the matchups that will have the biggest impact on your bracket challenge pool. And during the initial selection process, the March Madness app will provide over 20 stats to help you make those all-important picks. 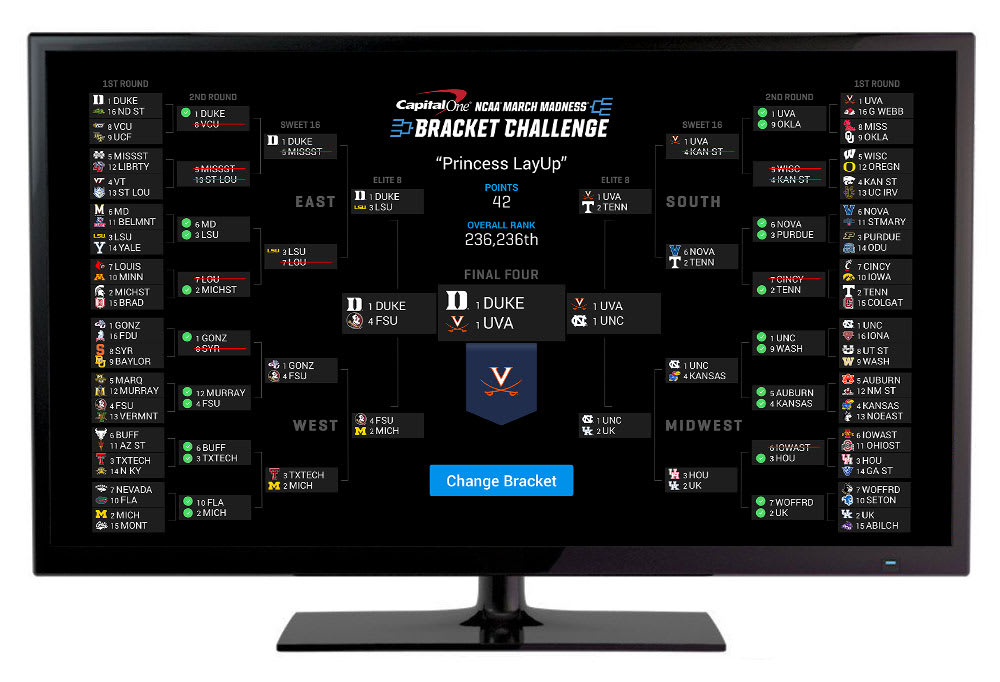 Like previous tournaments, you'll be able to watch all games broadcast on CBS for free on the web and mobile devices. Games are also shown on TBS, TNT and truTV, and you'll need a TV log-in to get access to all of those inside the app on any device. As you might expect, the Final Four and national championship game are being shown on TBS, but CBS will have 21 games throughout the tournament -- including the Elite 8, Sweet 16 and first and second rounds. So yes, you can watch some of the action for free, but probably not as much as you'd like.

In addition to web access, the March Madness app is available on Android, iOS and Amazon mobile devices. In the living room, it's available on Amazon Fire TV, Apple TV, Android TV, Roku and Xbox. You can also get scores and updates through Alexa and Google Assistant -- the latter of which is a new addition for this year. Through those voice assistants, you can hear the latest info about your picks and stream live radio broadcasts for each game. If your Alexa or Google Assistant device is a smart display, you'll also be able to watch on-demand highlights throughout the tournament.