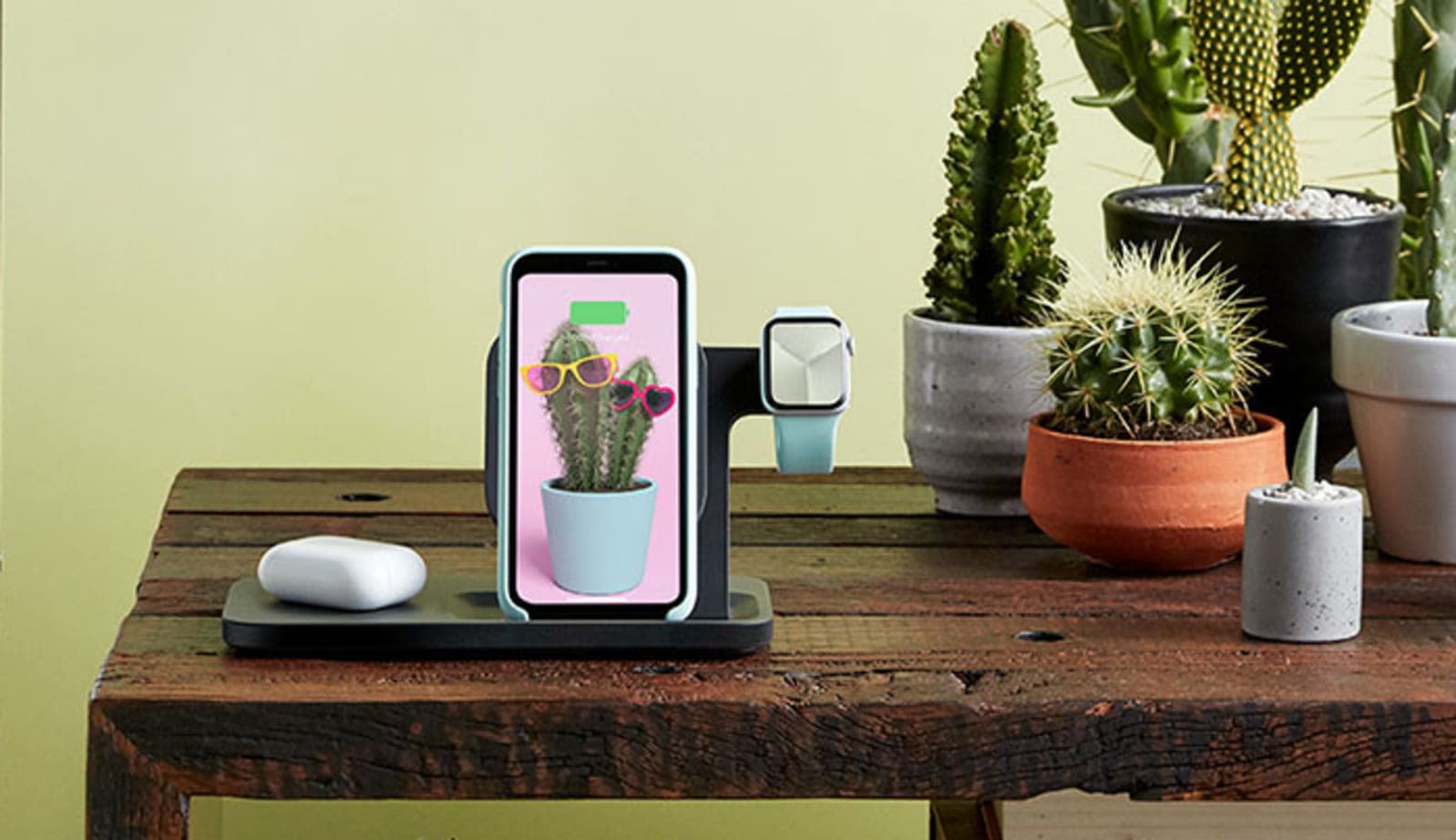 Now that wireless charging is becoming an increasingly popular method of juicing our devices, brands are looking at ways to simplify the experience even further -- why have several charging pads and docks when you could just sling all your Apple stuff onto one surface? After Apple canned AirPower, the likes of Kanex, Mophie and Zens have all rolled out multi-device charging stations -- now Logitech has entered the fray.

The Powered 3-in-1 Dock charges your iPhone, Airpods and Apple Watch all at once and covers a compact, nightstand-friendly space, with dedicated areas for each device, so they don't get scuffed. It's also fast charging, rated at 7.5W and 9W for Apple and Samsung devices, respectively. At $130 it's priced similarly to its competitors and while it does much the same job, the Logitech brand is arguably better known among mainstream tech users. So even though it's late to the party with this -– and the multi-device charging market is already pretty crowded -- Logitech's reputation may hold some sway over your purchasing decision.

In this article: 3-in-1, Airpods, Apple Watch, charging, dock, gadgetry, gadgets, gear, iPhone, Logitech, mobile, Powered, wearables
All products recommended by Engadget are selected by our editorial team, independent of our parent company. Some of our stories include affiliate links. If you buy something through one of these links, we may earn an affiliate commission.