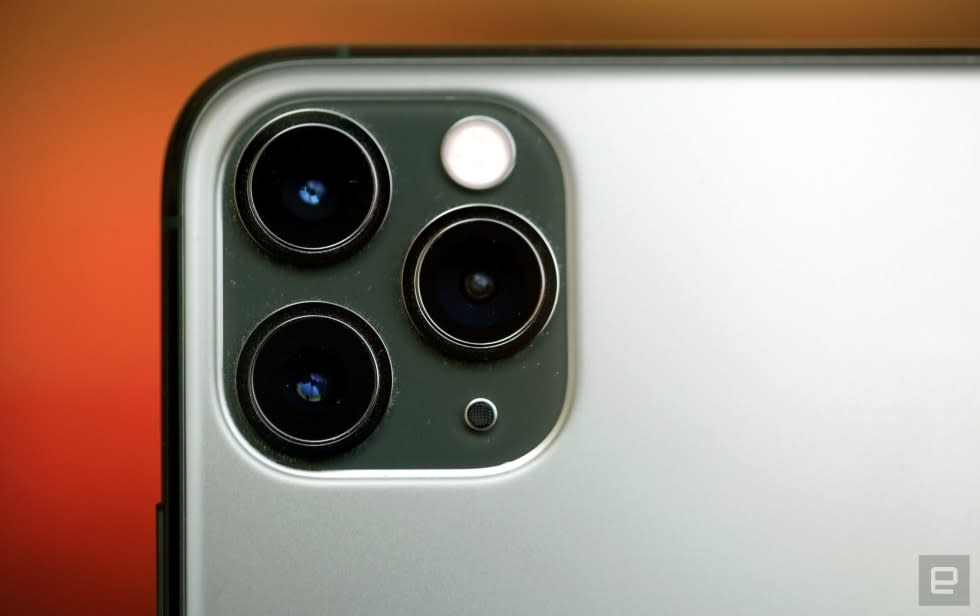 The latest thing to emerge from the wheels at the rumor mill is the suggestion that the next iPhone will get a rear-facing 3D camera. According to Fast Company's sources, Apple will cram TrueDepth, the same sensors used for in the forward-facing array for FaceID, into the iPhone's primary camera setup. The tech will apparently be bought from Lumentum, the same company that currently makes the FaceID sensors.

There are two obvious benefits to a rear-facing depth-sensing lens, which is already available on some other flagship phones. Firstly, it'll make portrait and zoom photography a little better, since the cameras will be able to tell how far an object (or person) is away from the lens. Secondly, it's likely to bolster Apple's stated push for augmented reality, since you'll have accurate depth information to project images.

It's worth saying that there's a couple of caveats here: Firstly, we don't know how much the current situation with Covid-19 will impact Apple's product roadmap. Second, Fast Company itself says that this feature has been kicked around by Apple before, and has previously been cut. Although it's likely that, with just six months before any planned iPhone launch, that Apple has already locked in this year's new features.

This wouldn't be the first time that Mark Sullivan has come good with a rumor about the iPhone (and one related to Lumentum). In the run-up to the iPhone X's launch, he wrote about a laser sensor that would be used to recognize the user's face in place of fingerprint recognition. So none of this is outside the realm of possibility.

In this article: 3D, 3D Sensor, apple, Camera, FaceID, gear, iPhone, mobile, Sensor, TrueDepth
All products recommended by Engadget are selected by our editorial team, independent of our parent company. Some of our stories include affiliate links. If you buy something through one of these links, we may earn an affiliate commission.