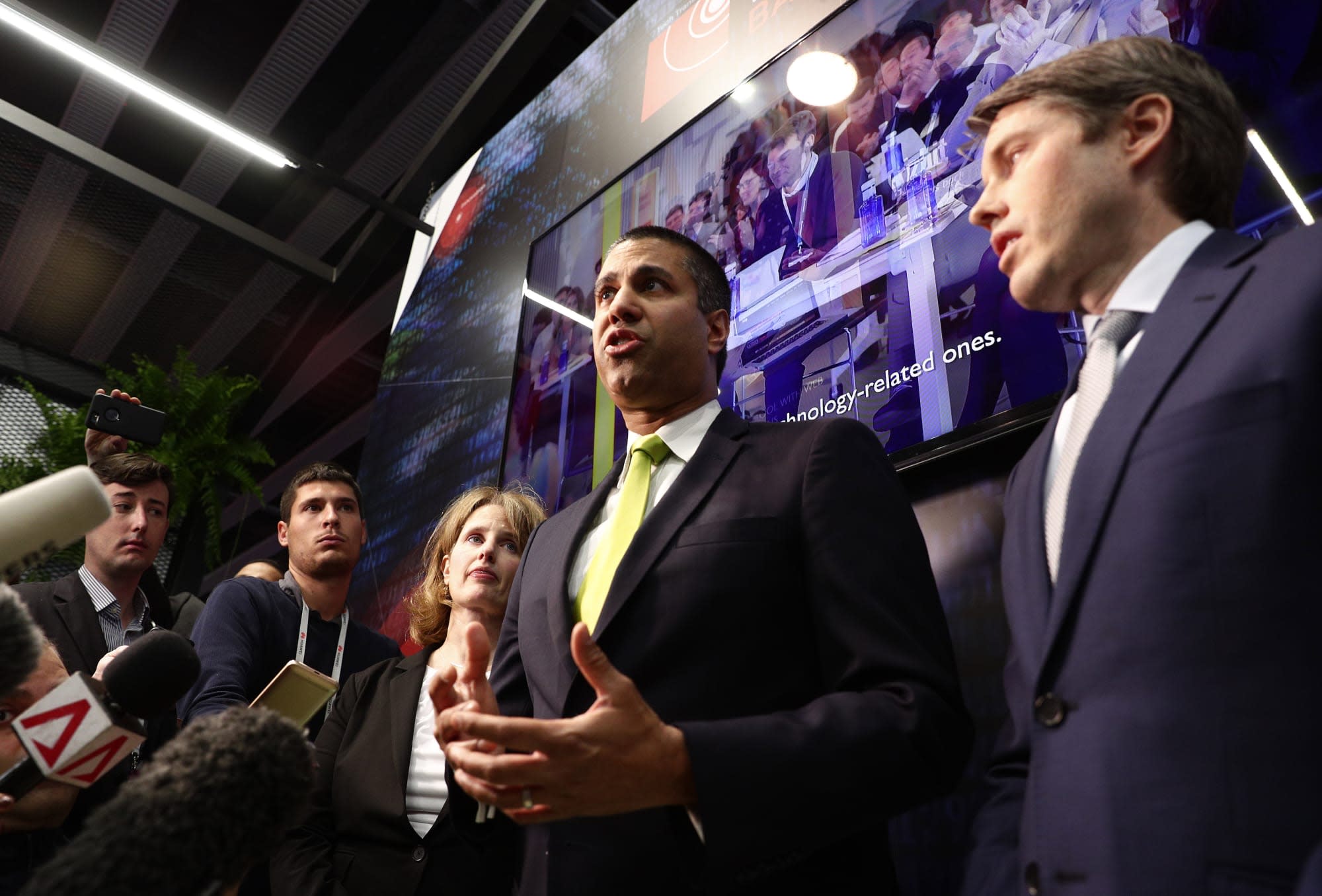 One day after Commissioner Jessica Rosenworcel called on the FCC to take aggressive action in response to the ongoing coronavirus outbreak, the federal agency has announced the Keep Americans Connected Pledge. For the next 60 days, the agreement calls on telecom companies to maintain service and waive late fees for any residential and small business customers who can't pay their bills due to the pandemic. It also calls on those companies to open their WiFi hotspots.

At the moment, approximately 70 companies have agreed to honor the pledge. The list includes all four of the big wireless carriers -- AT&T, Sprint, T-Mobile and Verizon (Engadget's parent company) -- as well as internet service providers (ISPs) like Comcast and Google Fiber.

"As the coronavirus outbreak spreads and causes a series of disruptions to the economic, educational, medical and civic life of our country, it is imperative that Americans stay connected," said Chairman Ajit Pai. "Broadband will enable them to communicate with their loved ones and doctors, telework, ensure their children can engage in remote learning, and -- importantly -- take part in the 'social distancing' that will be so critical to limiting the spread of this novel coronavirus."

For some companies like Comcast and AT&T, the pledge is something they'll do in addition to previous measures they've announced. Comcast, for example, said on Thursday it would increase broadband speeds for low-income customers from 15 Mbps down to 25 Mbps down, and maintain those speeds moving forward. While it's not part of the pledge, the FCC says Chairman Pai pushed the companies he spoke to over the phone to relax their data caps, as well as waive long-distance calling and overage fees.

In this article: ajit pai, ATT, business, coronavirus, covid-19, FCC, federal communications commission, gear, medicine, mobile, politics, sprint, t-mobile, Verizon, wifi
All products recommended by Engadget are selected by our editorial team, independent of our parent company. Some of our stories include affiliate links. If you buy something through one of these links, we may earn an affiliate commission.