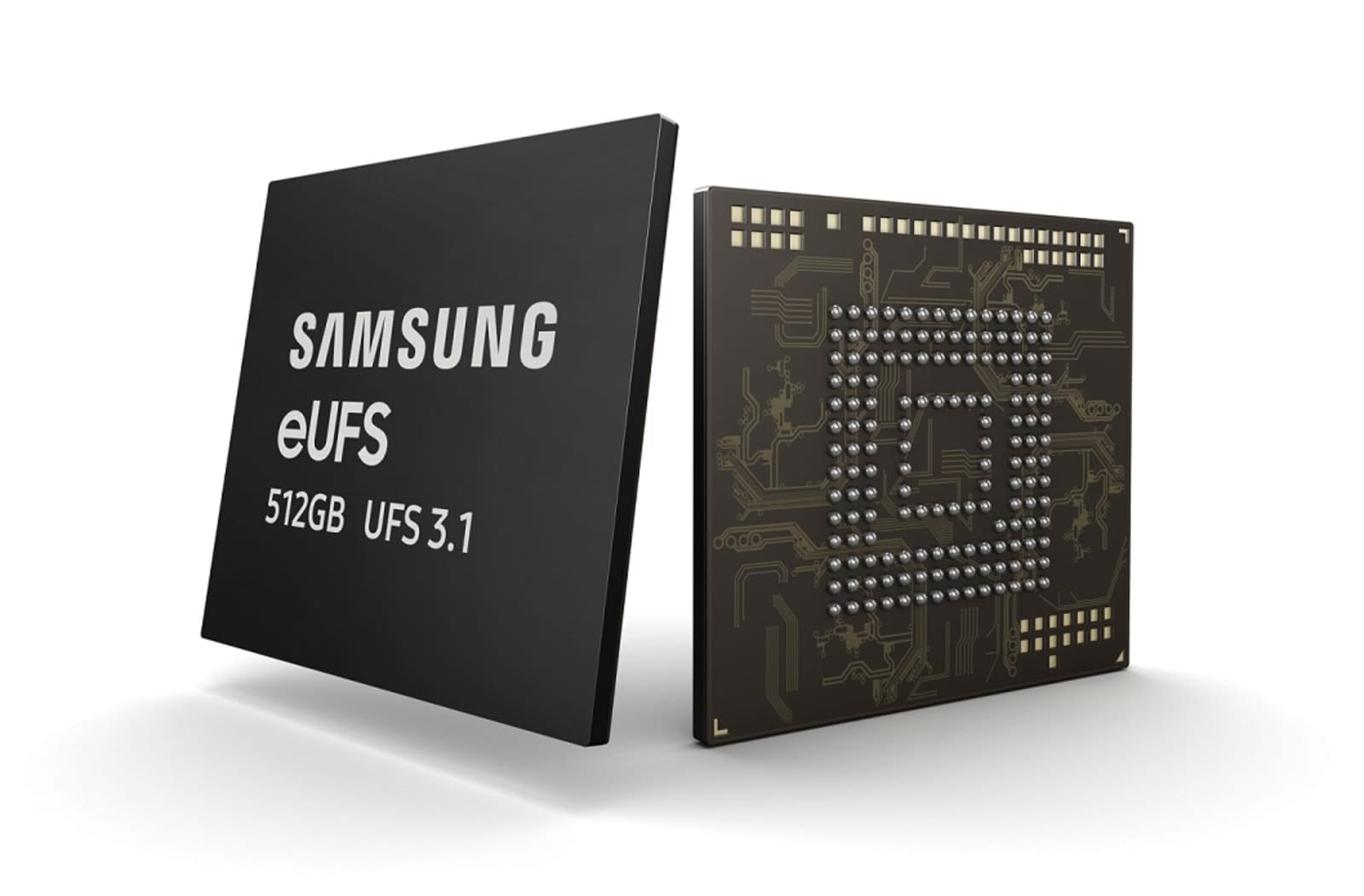 Samsung has started mass production on 512GB storage chips based on the new eUFS 3.1 standard. These are the chips already being used in the company's Galaxy S20 lineup, so it won't be long before we see them turning up in models from other brands, too. And it's big news because it means smartphones are about to get very noticeably faster.

The new chips can hit sequential read and write speeds of up to 2100MB/s and 1200MB/s respectively -- that's three times faster than the write speeds on previous eUFS 3.0 chips. Random read and write IOPS have been given a boost too, improving to 100,000 IOPS and 70,000 IOPS respectively. What does this actually mean in practice? According to Samsung, the chips could be used to save 8K videos without any buffering, while 100GB of data could be transferred onto smartphones with these chips in just 90 seconds.

Samsung says it's also working on 256GB and 128GB capacities for flagship smartphones, which will be launched later this year. This means that even if you don't go for the top-of-the-line model, you can still expect your phone to be a whole lot faster than it is now.

In this article: 8K video, cameras, chip, design, eUFS 3.1, Galaxy S20, gear, mobile, samsung, smartphone, speed
All products recommended by Engadget are selected by our editorial team, independent of our parent company. Some of our stories include affiliate links. If you buy something through one of these links, we may earn an affiliate commission.