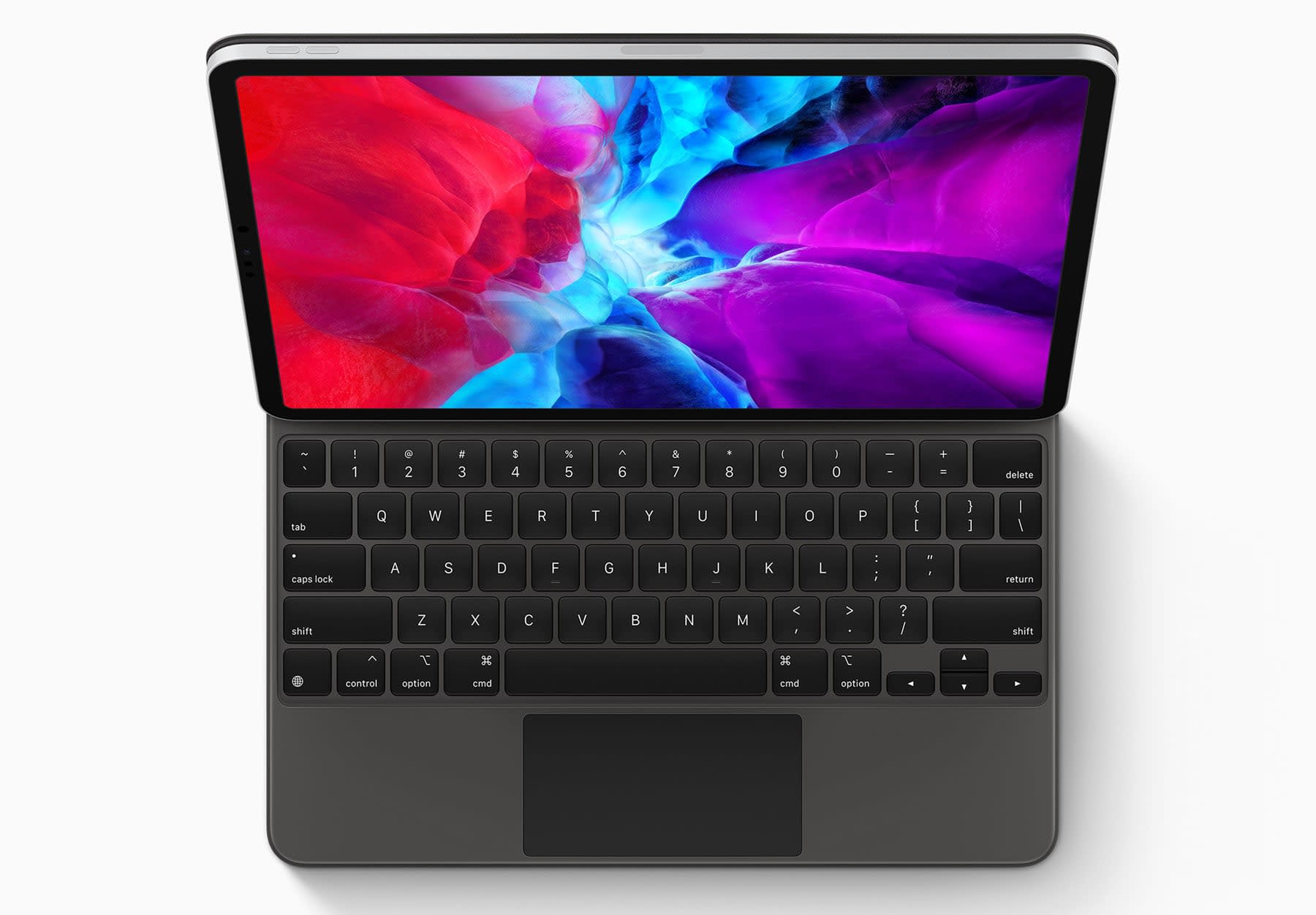 Apple just introduced a new iPad Pro, but older iPads are set to get a major update as well. On March 24th, Apple is releasing iPadOS 13.4 which includes full mouse and trackpad support for the first time. It'll work on all iPad Pro models, iPad Air 2 and later, the 5th-generation iPad and later, and the iPad mini 4 and later. Basically, if you've bought an iPad in the last four or five years, it should be supported.

Apple says it didn't just replicate the cursor and mouse experience that you get on a Mac. Instead, the cursor is similar to the circular one that has worked as an accessibility feature since iPad OS was released last fall. It sounds like the circle will morph and change shape to highlight different user interface options as you move around the display, highlighting different UI elements as well as text to make it clear what things you can click on and manipulate. While the basic design is similar to that accessibility mouse support, the way the circular cursor transitions to work with other elements is definitely new.

The trackpad will also support plenty of gestures, including access to the control center, dock and multitasking options like Slide Over view. It'll work with all of Apple's built-in apps, but the company says most third-party apps will work without any change from their developers.

Naturally, the iPad's trackpad support works with the new keyboard that Apple released along side the new iPad Pro, but external trackpads and mice will work as well. The company's Magic Mouse 2 and Magic Trackpad 2 will work, and Bluetooth or USB-connected third-party mice and trackpads will work as well.

Correction, 10:15AM ET: This story originally stated that only Apple's first-party mice or trackpads would work with iPad OS over Bluetooth; Apple says that Bluetooth will work with third-party devices as well.

In this article: apple, gear, ipad, ipadOS, mouse, personal computing, personalcomputing, trackpad
All products recommended by Engadget are selected by our editorial team, independent of our parent company. Some of our stories include affiliate links. If you buy something through one of these links, we may earn an affiliate commission.