The tablet now has a high-end camera system to match its performance.
J. Fingas|03.18.20
@jonfingas

Apple was clearly gearing up for an imminent launch when it inadvertently listed new tablets. Right on cue, the company has introduced updated versions of the iPad Pro -- and it won't surprise you to hear that the cameras play a major role like they do on the iPhone 11. The 11- and 12.9-inch tablets now have a secondary, ultra-wide 10-megapixel rear camera and, for the first time on any Apple device, a LiDAR scanner that lets them measure the distance for objects up to 16.4 feet away, improving augmented reality features like object placement, motion capture and occluding people in a scene. Thankfully, ARKit apps don't need any updates for the faster and more accurate technology.

The new iPads also take advantage of iPadOS 13.4 to introduce trackpad support, complete with an optional, backlit Magic Keyboard cover that includes a trackpad of its own as well as USB-C passthrough. Apple says it's truly optimized for the iPad, with a circle that highlights interface elements, easy text selection and gestures that help you switch apps, bring up the dock and otherwise perform tasks that normally require poking at the screen. "Most" apps won't need updates to take advantage of this, according to Apple, but developers can take advantage of this support if they want. Apple's productivity apps (Numbers, Pages and Keynote) will soon get updates to make better use of the Magic Keyboard, and you can expect trackpad support on previous-generation iPad Pro models as well. 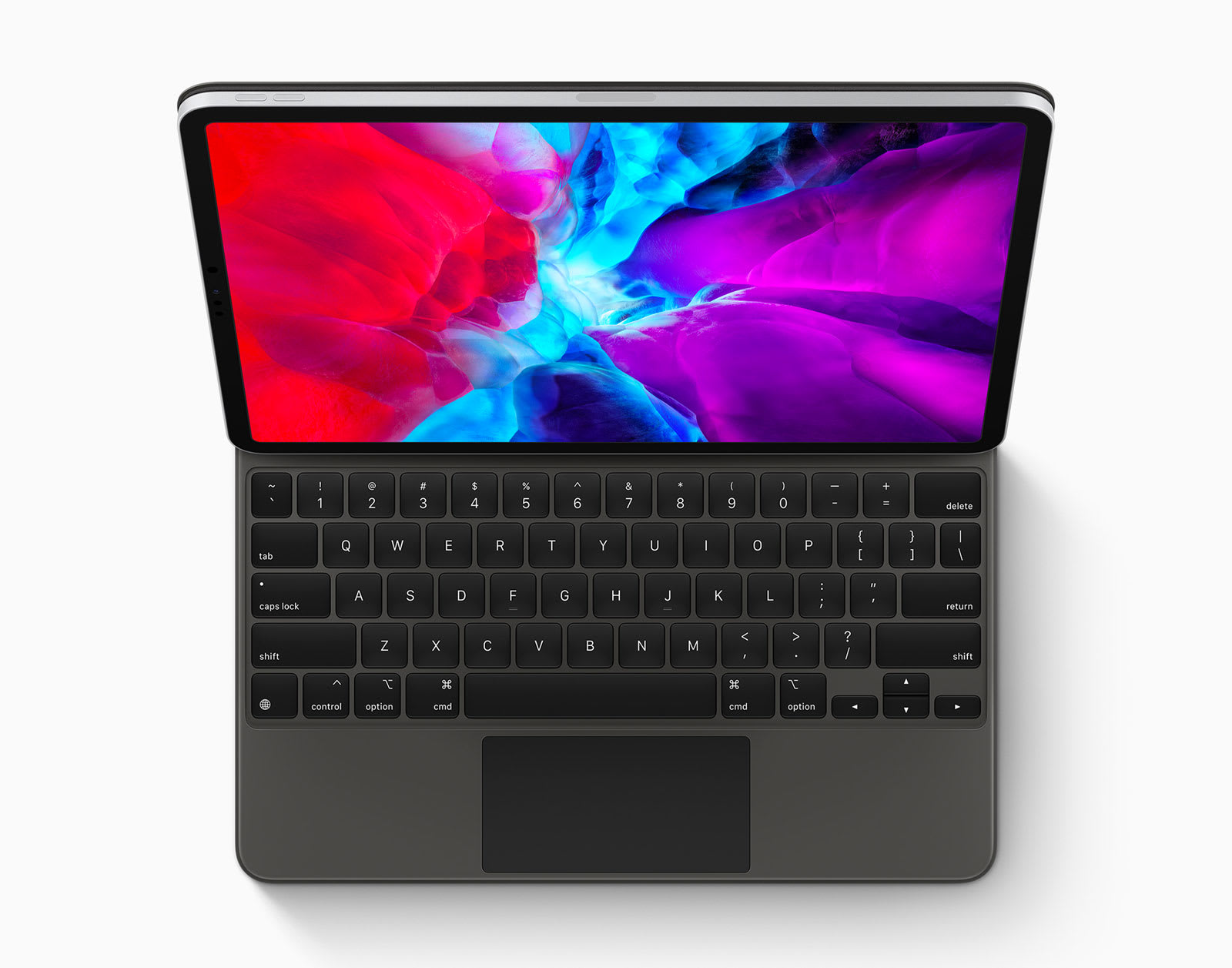 This also brings equivalent support for Bluetooth and USB mice.

There are numerous subtler but likely still noticeable upgrades. Rather than simply borrow the A13 chip from the iPhone 11 family, the new iPad Pro uses an eight-core A12Z Bionic processor, an "enhanced" thermal design and updated performance controllers to wring out more speed. Gigabit-class LTE should be 60 percent faster, too. You can also expect "studio-quality" microphones akin to the upgrade Apple gave the 16-inch MacBook Pro, and the baseline storage has jumped to 128GB to provide some sorely needed breathing room.

Prices haven't substantially changed for the refreshed models. The 11-inch iPad is available to order now at $799 for a 128GB WiFi version, and $999 for its larger 12.9-inch counterpart. You can add $150 to the price for the cellular variants, and there are 256GB, 512GB and 1TB storage options if you need more space for your projects. Get ready to pay a premium if you want that Magic Keyboard, though. It'll cost a whopping $299 for the 11-inch iPad Pro ($349 for the 12.9-inch model) when it arrives in May. If you just want a keyboard, an updated Smart Keyboard Folio is available now for $179 on the 11-inch slate and $199 for the 12.9-inch version. You should also see the new iPads in stores as of next week, although the coronavirus outbreak means you won't see them in Apple stores (or many stores, for that matter) for a long time.