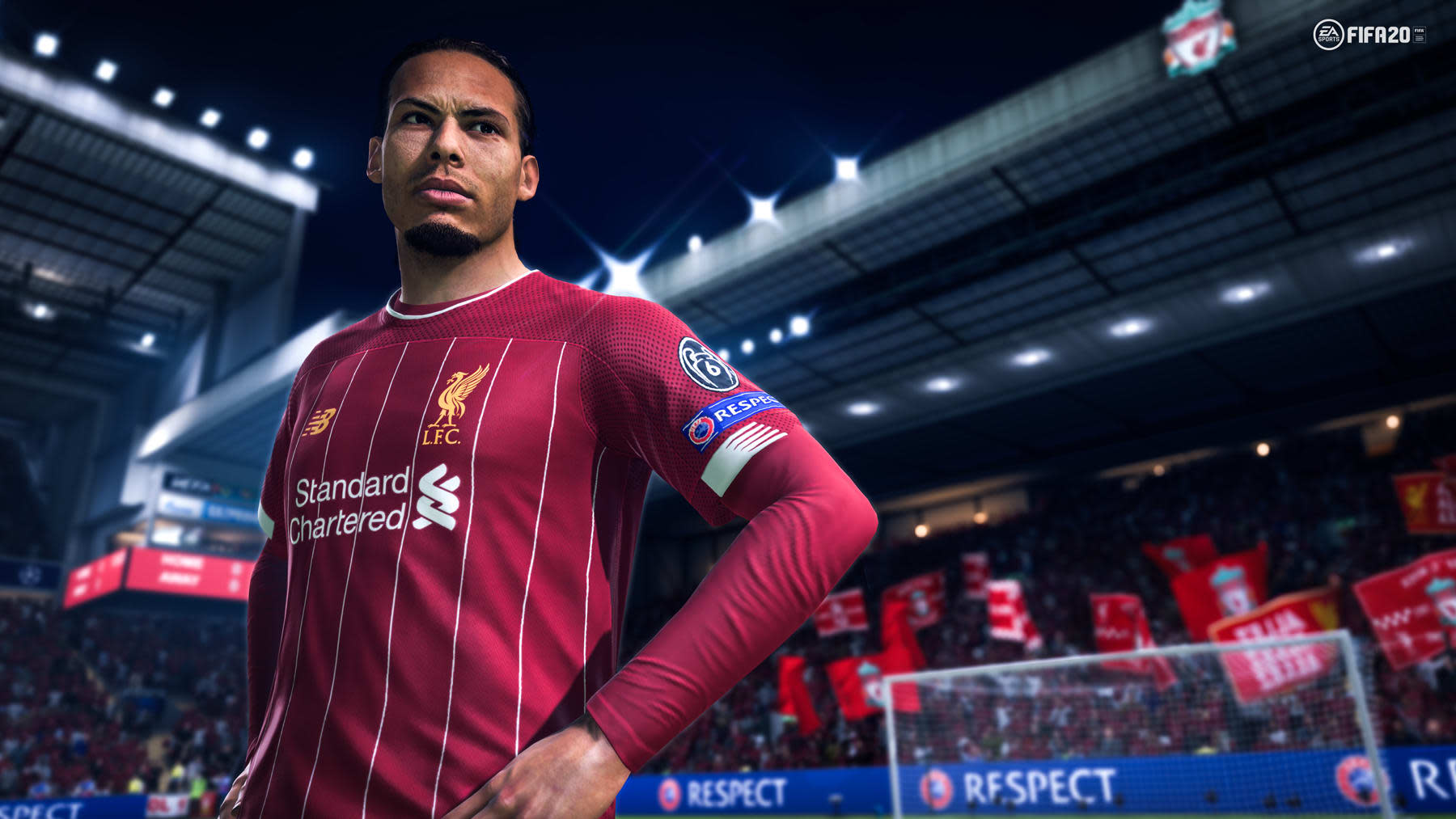 Without soccer, fans and teams are turning to FIFA

In the absence of real-life matches, EA’s franchise is bringing people together.

Soccer, like almost every other professional sport, has ground to a halt in the midst of the coronavirus outbreak. The most-watched and prestigious leagues, including the English Premier League, Germany's Bundesliga, Italy's Serie A and France's Ligue 1 have all been suspended in recent weeks. European club competitions including the Champions League and Europa League aren't happening, either, and Euro 2020 has been pushed back to June 2021. The Summer Olympic Games in Tokyo, which includes an oft-forgotten soccer tournament, is looking less likely with each passing day, too.

Professional sport is non-essential. A massive industry with jobs at stake, sure, but not something that's worth risking lives over. That's why the decision has been made to suspend each competition. For many, though, soccer is a religion. Or at the very least, a lifestyle. Every match is the highlight of their week -- a non-negotiable experience that must be watched at home or in a stadium packed with rowdy supporters. In between fixtures, they analyze the league table, pre-and post-match interviews, transfer rumors and injury updates.

And now it's all gone. There are no professional matches and, because of social distancing, few amateur alternatives. Everyone that loves the Beautiful Game — players, fans, pundits and coaches alike — has been asked to stay home. The industry has found another way to give people their football fix, though: FIFA 20. The latest instalment of EA's long-running video game franchise is, for the most part, wonderfully realistic with stunning player models and animations. It's also a deceptively complex game with a thriving esports scene that has encouraged traditional clubs like Manchester City to sign their own professional players.

Last weekend, La Liga clubs Real Betis and Sevilla played their canceled derby on FIFA 20 instead. Both sides had a first-team player representing them -- Borja Iglesias for Real Betis and Sergio Reguilon for Sevilla -- and more than 60,000 people watched along on Twitch.

Leyton Orient, a club in England's League Two (due to the Premier League and Championship, it's actually the fourth division on the professional ladder), announced a FIFA tournament called Ultimate Quaran-team that same day. In a tweet, the side explained that any team could sign up provided they were in the game (each team has to play as themselves throughout the competition) and could find someone to compete on their behalf.

The tweet was immediately swamped with replies from interested clubs including Derby County, Melbourne Victory and FC Midjtyland. Leyton Orient was obviously elated and asked on Twitter whether the tournament cap should be raised to 128. Unsurprisingly, the internet said yes and the club started taking more applications from professional teams including Wolves, Ajax and Roma. In less than 24 hours every spot had been snatched up.

Right now, it's unclear how many clubs will have professional players representing them. Crystal Palace has confirmed that winger Andros Townsend will compete on their behalf. Others, such as Bray Wanderers and Vitesse, have confirmed that they'll be using a professional FIFA player. The mix of competitors doesn't really matter, though. The tournament is about bringing soccer fans together and giving them something wholesome to watch and follow from home. A small piece of escapism, in short, from social distancing boredom and the non-stop barrage of concerning government announcements.

Leyton Orient has now created a JustGiving page that will support the World Health Organization's (WHO) COVID-19 Solidarity Response Fund, the mental health charity Mind, and lower-league teams in England that will soon struggle without matchday income. At the moment, there's little information about when and how the Quaran-team tournament will be run. Leyton Orient conducted the first round draw last night, though, which produced 64 ties including Sydney versus Barnsley and Olympique Marseille against İstanbul Başakşehir.

Like the Ultimate Quaran-team tournament, none of these matches have happened yet. In a tweet, Ibai explained that the draw should happen tomorrow, followed by three days of fixtures starting on Friday. Regardless, the positive reaction on Twitter highlights the demand for something -- anything, really -- that can fill the void left by real-world soccer.

Countless soccer fans will be booting up FIFA 20 to endure their social quarantine over the next few weeks. Even if the professionally-organized competitions fizzle out, they will play exhibition matches and sink hours into the game's career, Ultimate Team and street-inspired modes. Alternative games such as eFootball Pro Evolution Soccer will likely see a similar rise during the coronavirus pandemic. Last week, for instance, Sports Interactive announced that almost 90,000 people were playing Football Manager 2020 concurrently on Steam -- a new record for the franchise.

"Thank you for choosing our work to keep you entertained in this time of self-isolation in many countries around the world," Miles Jacobson, studio director at Football Manager developer Sports Interactive tweeted. "Please keep safe everyone."

A video game can't replicate, of course, what it feels like to lace up a pair of boots, step onto a muddy field and smash a free kick beyond a goalkeeper's outstretched hand. Or the way your chest tightens when a sold-out stadium sings the same terrace chant in perfect (okay, never quite perfect) harmony.

For now, though, it'll have to do.