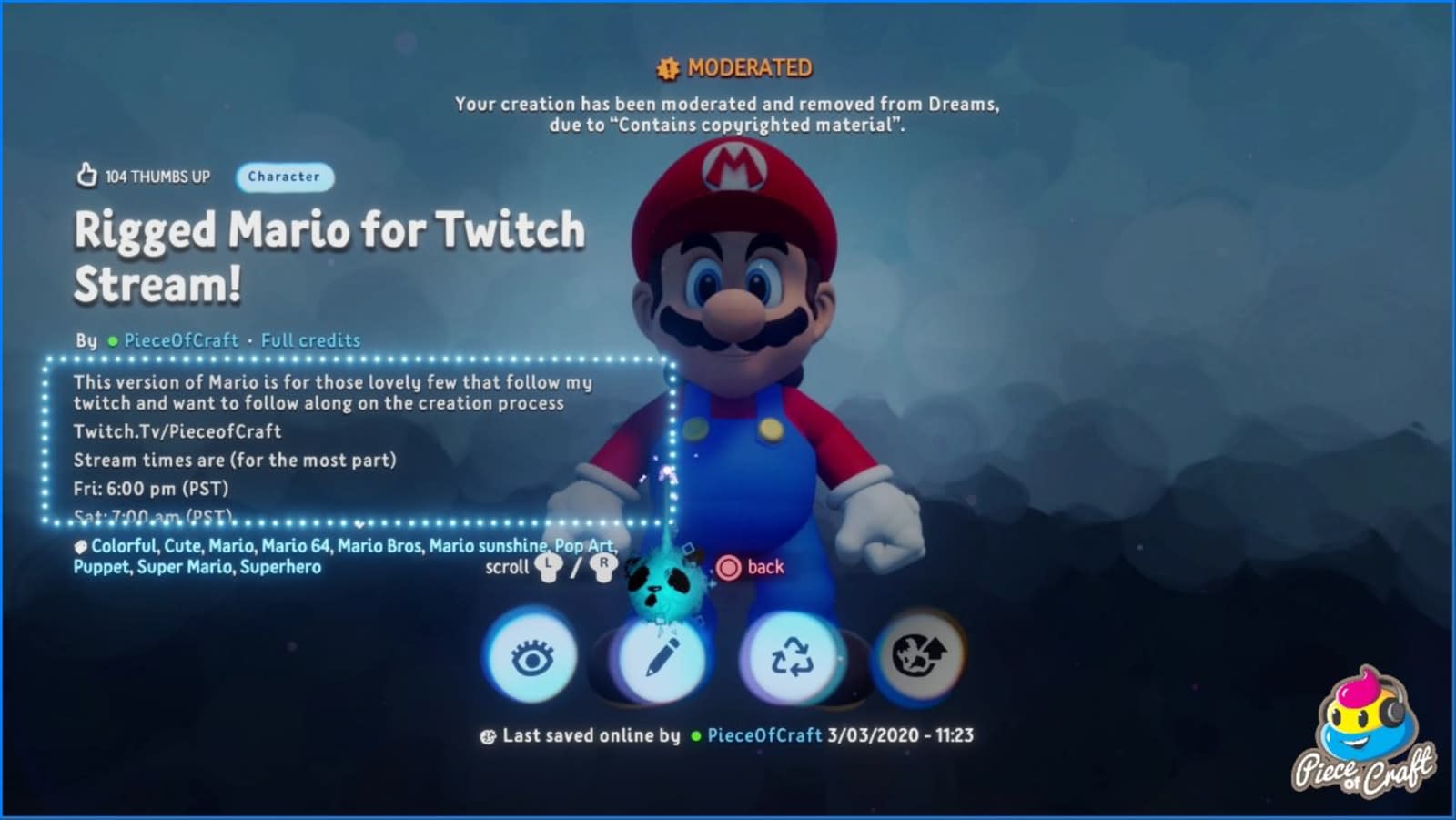 Sony's long-awaited Dreams arrived earlier this year, a LittleBigPlanet-esque wonderland in which players can build almost any kind of world they can imagine -- but only if it doesn't infringe on copyright, apparently. According to Dreams content creator @Piece_of_Craft, "a big video game company" has come after him for his use of Nintendo's Super Mario character on the platform.

In a tweet, @Piece_of_Craft said that Nintendo had objected to his use of Mario in his Dreams project, and had called on Sony to pull his work offline. As such, his Mario projects -- used by many user-generated Super Mario levels -- are now on hold.

Good news and bad news
We flew too close to the sun boys! A big video game company who i will keep nameless obviously didn't read my "be cool" note in dreams
no worries though have a back up plan. But for now Mario projects in dreams are on hold until i put said plan into effect pic.twitter.com/ifGDM0jFZ3

It's no secret that Nintendo is fiercely protective of its intellectual property, although it's interesting that the company chose to pursue action via Sony, rather than approaching @Piece_of_Craft directly. Of course, Dreams does give players the opportunity to sell their work beyond the PS4, which opens up a whole new complicated avenue for potential copyright infringement, so Sony is clearly setting a firm precedent, going forward. So basically, you can dream big, but not too big.

In this article: business, copyright, Dreams, gaming, intellectual property, internet, IP, law, Mario, nintendo, personal computing, personalcomputing, PS4, sony
All products recommended by Engadget are selected by our editorial team, independent of our parent company. Some of our stories include affiliate links. If you buy something through one of these links, we may earn an affiliate commission.