Today, Reddit is introducing its own polls tool. Polls are already pretty popular on Reddit, with about 15,000 new ones created each month. But until now, they have been hosted by third-party sites. With this update, Reddit is making polls a native post option for all communities (except text-only communities like r/AskReddit).

Creating a poll is now as easy as visiting a community and choosing "create a post." You'll see the new polls tab and will be prompted to ask a question and list up to six answers. And if you'd like to respond to a poll, you'll no longer be required to create a post in order to participate. The polls tab will be turned on by default, but moderates can turn it off if they choose. 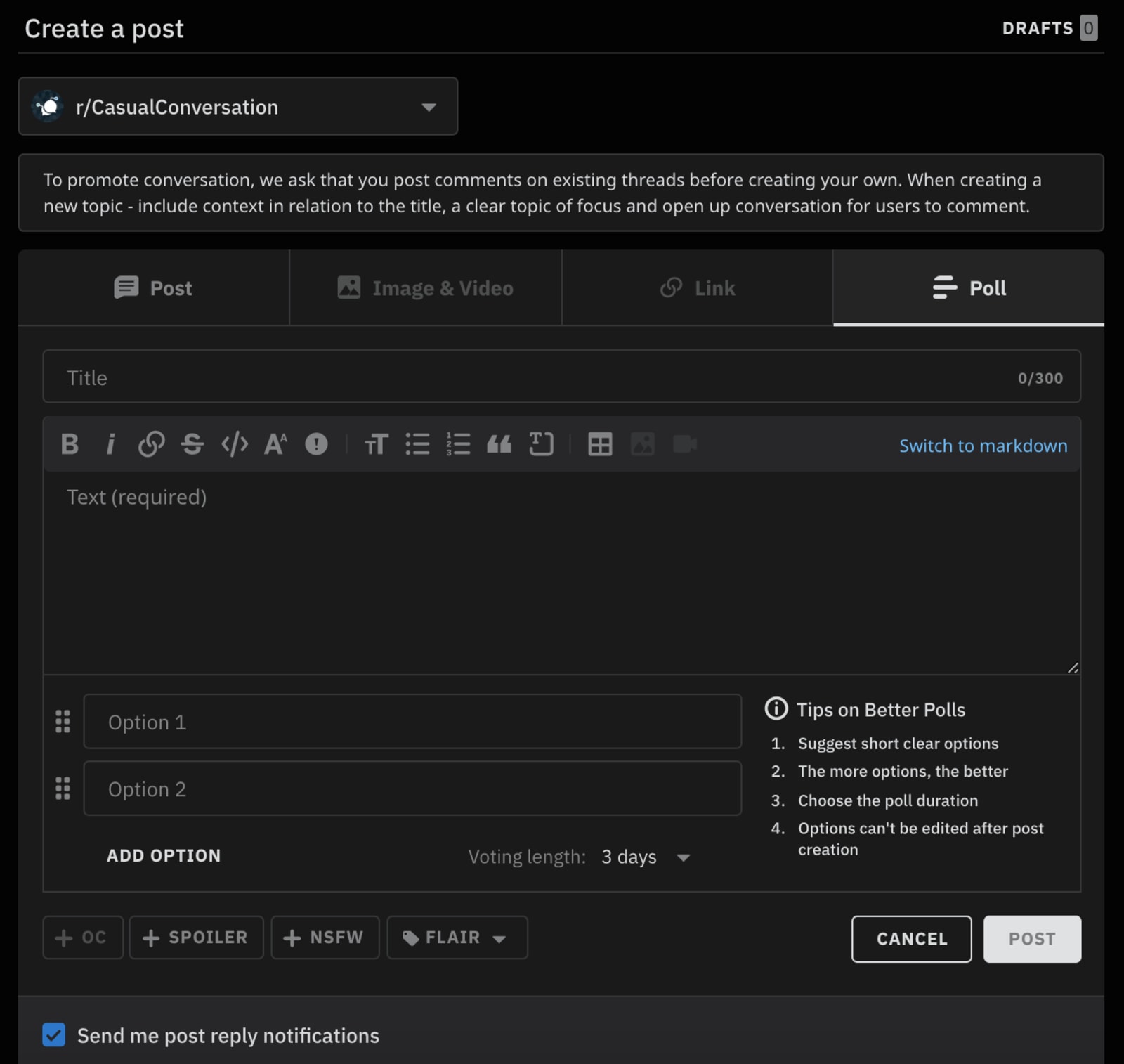 During pilot tests, Reddit asked everything from classic questions like "Is a hot dog a sandwich?" to who will win the SuperBowl -- more than 9,000 users responded in r/NFL. It also tested polls in communities ranging from r/PS4 and r/Premierleague to r/Knitting. 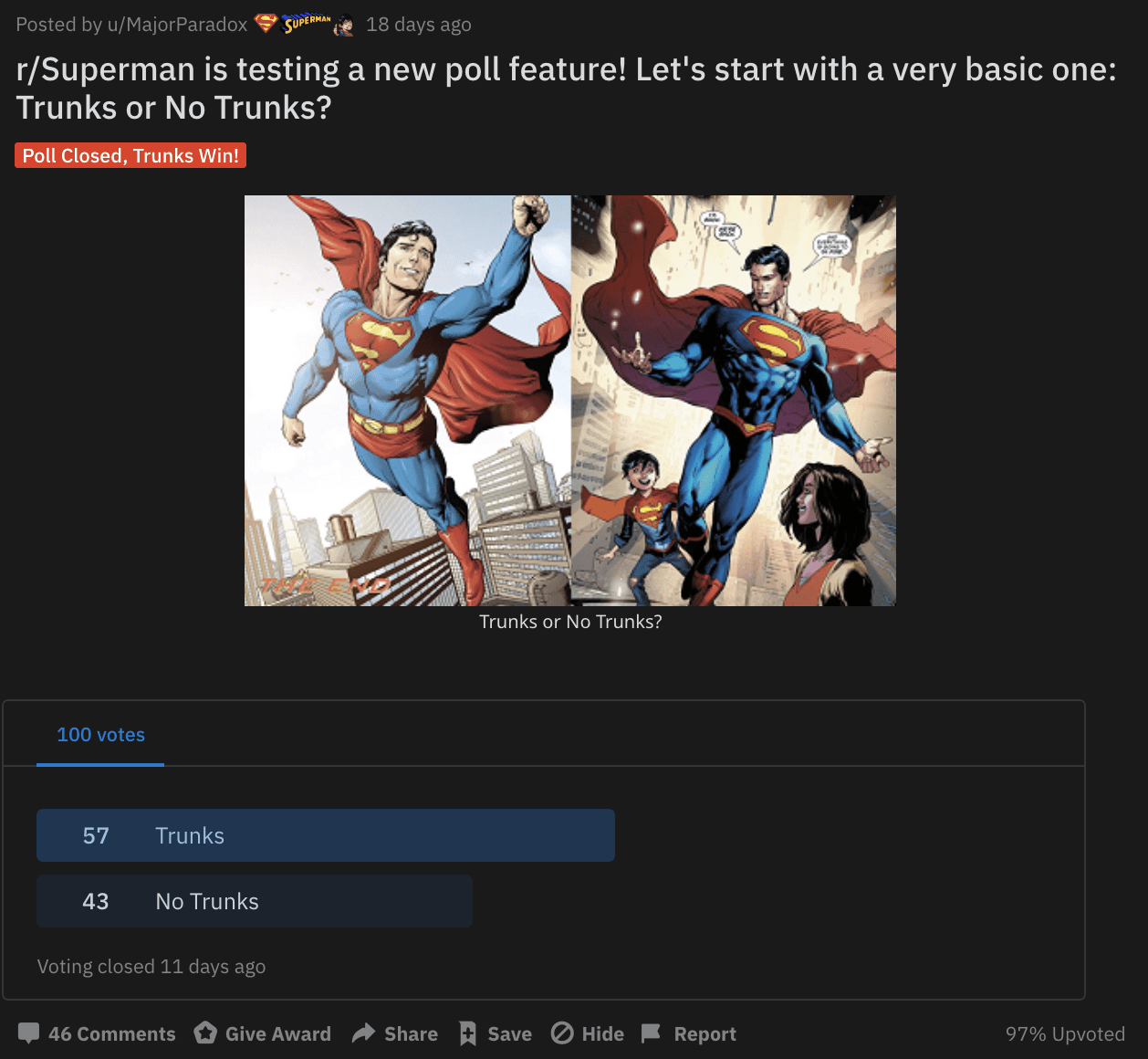 "Our hope in launching Polls is to provide an easy entry point for new users by removing the barrier of posting and giving people the option to weigh-in and contribute to their favorite communities via a simple vote," said Reddit Senior Product Manager Tyler Swartz. "In addition, users have the ability to comment on a Poll and we are excited to see the spirited conversation take place."