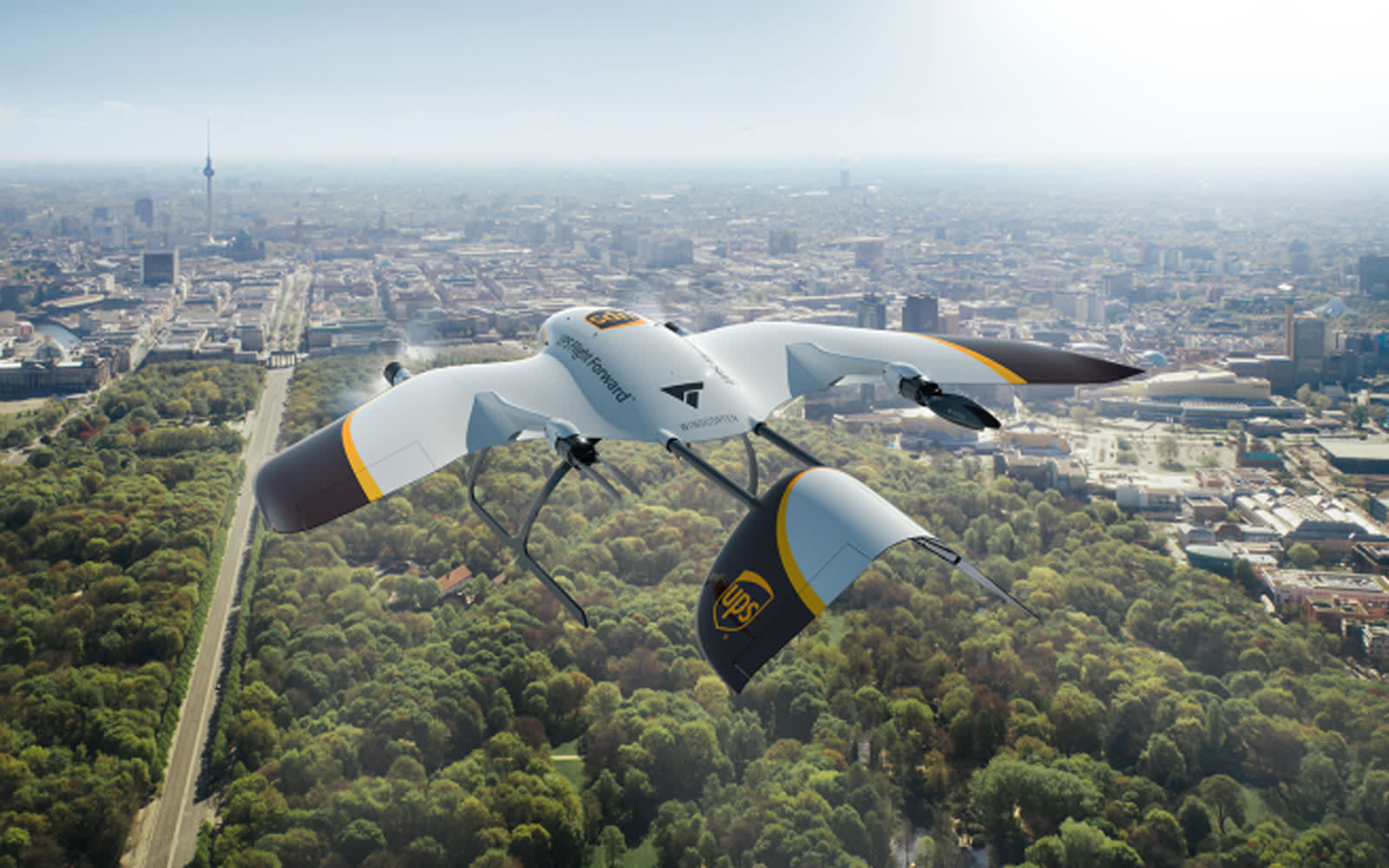 USP has announced a new partnership with Wingcopter, a German aircraft manufacturer, to develop new types of delivery drones. The two companies will work together to certify Wingcopter's existing aircraft for use in commercial delivery flights in the US. They say certification is the first step toward developing drones that can complete a variety of delivery jobs.

According to UPS, a couple of factors attracted it to Wingcopter's drones. The first one was technological. Wingcopter's drones feature a tilt-rotor mechanism that allows them to switch between multi-copter and fixed-wing flight modes. Thanks to this capability, they're able to vertically take off and land in tight spaces and then fly quickly and quietly to their next destination. The latter ability also makes them better suited to flying over populated areas like cities than traditional multi-copter drones. The second factor was that the company's drones have already completed deliveries under challenging circumstances. As one example, one of Wingcopter's aircraft was able to deliver insulin to a remote Irish village in the North Sea that is frequently inaccessible thanks to bad weather.

At the moment, UPS has mostly trialed drones to transport medical samples and prescriptions. The company's ultimate goal here is to develop aircraft that would allow it to shuttle items to companies in a variety of different industries. It may be a while yet before we see Wingcopter's aircraft delivering parcels to consumers in US and other parts of the world, but this is still a significant milestone for both companies.

In this article: business, delivery, delivery drone, drone, robots, transportation, ups, news, gear, tomorrow
All products recommended by Engadget are selected by our editorial team, independent of our parent company. Some of our stories include affiliate links. If you buy something through one of these links, we may earn an affiliate commission.