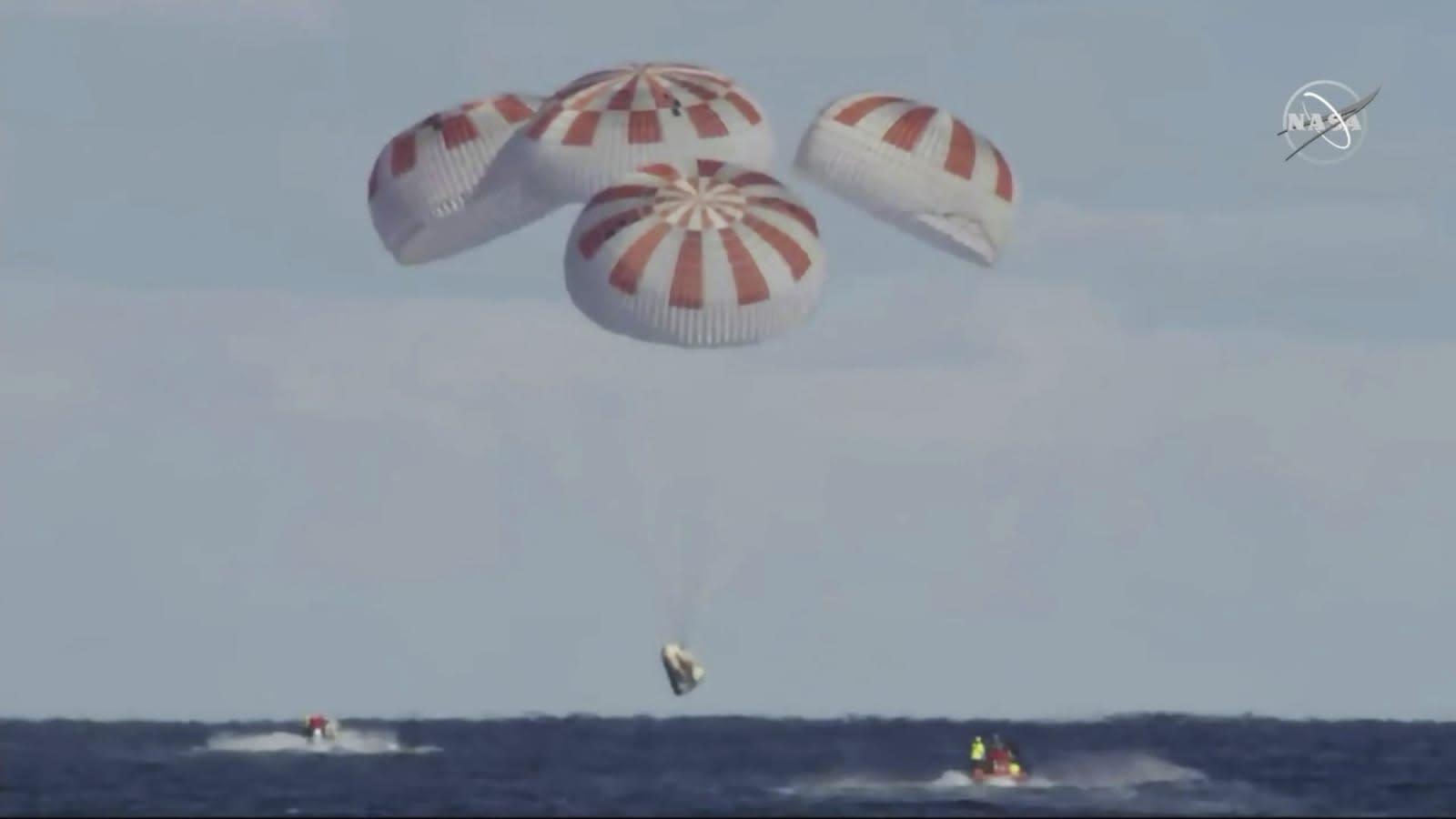 SpaceX's hopes a human-occupied Crew Dragon flight this May are fading fast. A parachute test for the capsule failed on March 24th after a helicopter pilot was forced to drop the test vehicle early when it became unstable, threatening the pilot's safety. The test machine was destroyed as it hadn't reached "target conditions" where the parachutes would be armed, a SpaceX spokesperson told Parabolic Arc.

It's not clear what led to the problem, although SpaceX said the parachutes weren't responsible.

The crewed demo mission is still officially expected in May. However, Parabolic Arc sources said that the failure along with separate preparation issues made it "likely" that the flight would wait until June. It wouldn't be surprising if the COVID-19 pandemic complicated the situation, for that matter.

The failure compounds problems NASA has had getting viable private crew capsules into service. On top of SpaceX's challenges, Boeing's botched Starliner test flight is introducing setbacks. It could be a while before US rockets and capsules are once again ferrying astronauts into orbit, as eager as the US might be to reinvigorate its space program.

In this article: capsule, crew dragon, demo-2, gear, space, spaceflight, spacex, test, tomorrow
All products recommended by Engadget are selected by our editorial team, independent of our parent company. Some of our stories include affiliate links. If you buy something through one of these links, we may earn an affiliate commission.