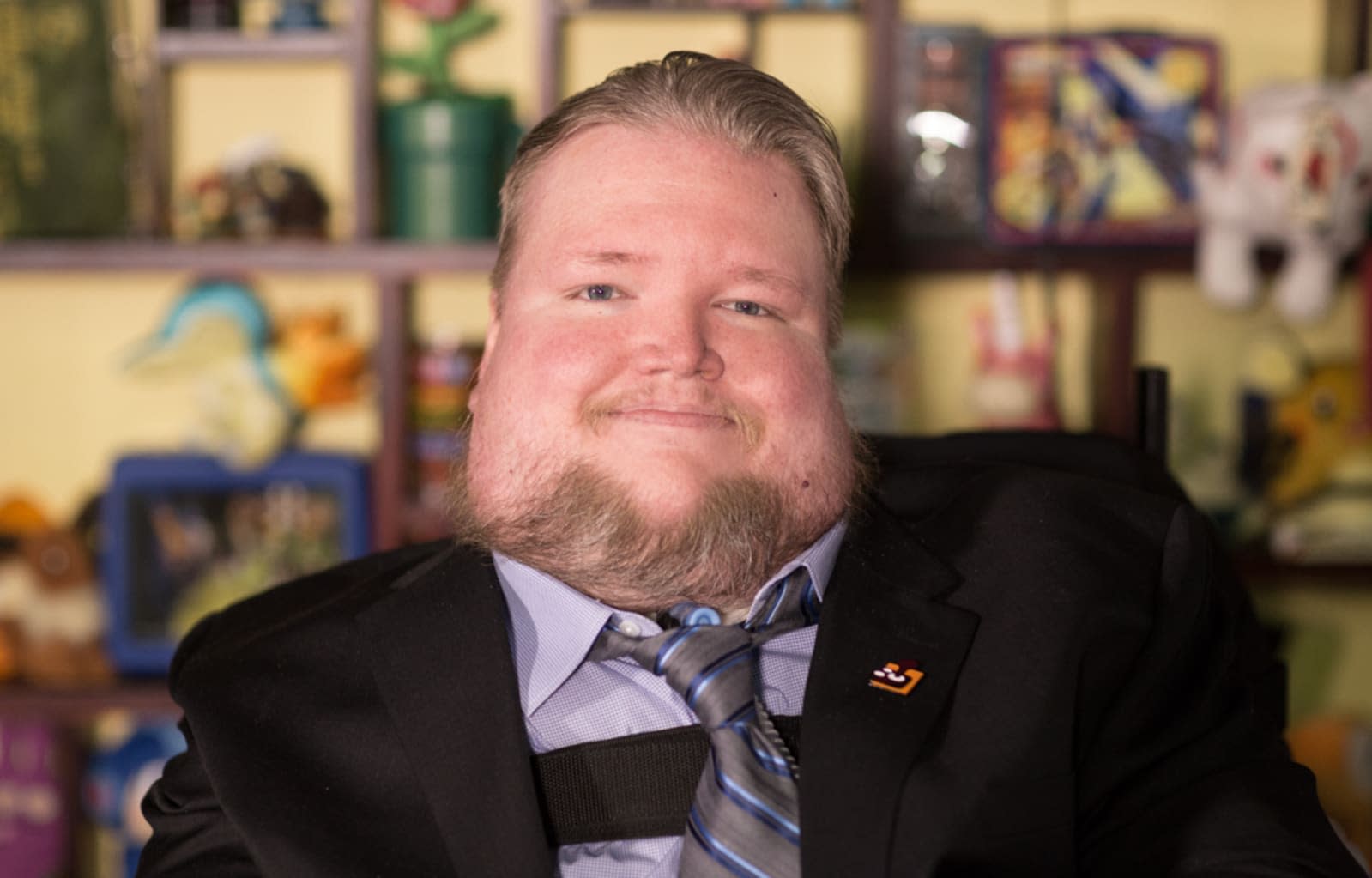 As a SXSW award winner, Spohn's work is just getting started.

When Twitch streamer DrDisrespect won the Trending Gamer prize at the 2017 Game Awards, there was a tiny riot on Twitter. There's always a buzz of hashtag activity after a winner is announced as people congratulate or disagree with the pick, but this time around, there was a small yet clear consensus: Steven Spohn should have won.

As the Chief Operating Officer of AbleGamers, a charity working to make video games more accessible to people with disabilities, Spohn was the face of positive change in the industry. He regularly shared insightful affirmations on Twitter, as well as deeply personal stories about the realities of living with Spinal Muscular Atrophy, a disease that was progressively destroying his motor neurons and muscles. Meanwhile, DrDisrespect was best known for wearing a mullet wig and mocking his teammates with racist accents in Fortnite streams.

The following year, The Game Awards split up the Trending Gamer category to recognize content creators and thought leaders separately, and Spohn was officially recognized as a Global Gaming Citizen at the show. Twitter lit up with praise and Spohn was able to share AbleGamers' mission with more folks than ever.

My goal on this earth is to live as an inspiration to those with disabilities that not only can you survive, but you can thrive pic.twitter.com/K9Y4cg3vO0

In 2020, Spohn's reach has extended beyond the video game industry to infiltrate mainstream conversations. SXSW chose Spohn to receive this year's Game Industry Champion of Change Award, and he was slated to deliver a speech at the show in March. However, the city of Austin, Texas, canceled SXSW just days before it was scheduled to begin, as the world went on lockdown amid the coronavirus epidemic.

"What I really wanted to do was get on-stage and make a three-and-a-half minute speech about allowing people to become empowered, no matter their abilities," Spohn said. "And it very much made me sad that I won't get a chance to make that speech right now. I hope that I'll have the opportunity in the future, but it's going to take a big stage. It's going to take opportunities like that one for me and for others to really start pushing that narrative into society, that just because you're disabled doesn't mean you can't do anything but play video games for the rest of your life."

Today, tied to the announcement of SXSW's Gaming Awards winners, Spohn launched a biweekly YouTube series that he'll populate with inspirational, honest stories about living with terminal illnesses and disabilities in an able-bodied world. The first video is titled Let Me Die, and it presents a powerful message about mortality, loneliness and finding inner strength in the worst scenarios.

Spohn is a fierce advocate for the power of video games to change lives, connect people and present new worlds of play. He passionately argues against the notion that playing video games with friends is less socially fulfilling than playing a round of cards, and he consults with companies like Microsoft on new accessibility products like the Xbox Adaptive Controller.

However, his daily work with AbleGamers encompasses more than pixels and gamepads. He's a one-man emotional support team, helping people with disabilities feel safe and empowered as they navigate the world, on- and off-screen.

"I realized that a lot of what I was doing is actually helping people outside the realm of video games," Spohn said. "So it took my vice president and coworker at AbleGamers, Chris Power, to sort of let me know that what I really was doing all along was peer support counseling."

"'I want to play video games, but also it's super scary for me when no one else is in the house.'"

Spohn said the questions he handles often sound like, "Hey, I want to play video games, but also it's super scary for me when no one else is in the house and I don't have any way to contact the outside world. All I have in my hands is the video game controller. What if I fall out of my chair? Or what if I can't get up off the couch and go ask for help?"

In these cases, Spohn outlines how tech-based products like voice assistants and IoT devices can help, offering comfort, solutions and what he calls "real, actionable positivity." He doesn't trade in over-the-top platitudes or "be happy no matter what" affirmations, instead stressing the importance of kindness and viewing the world through an inclusive humanitarian lens. 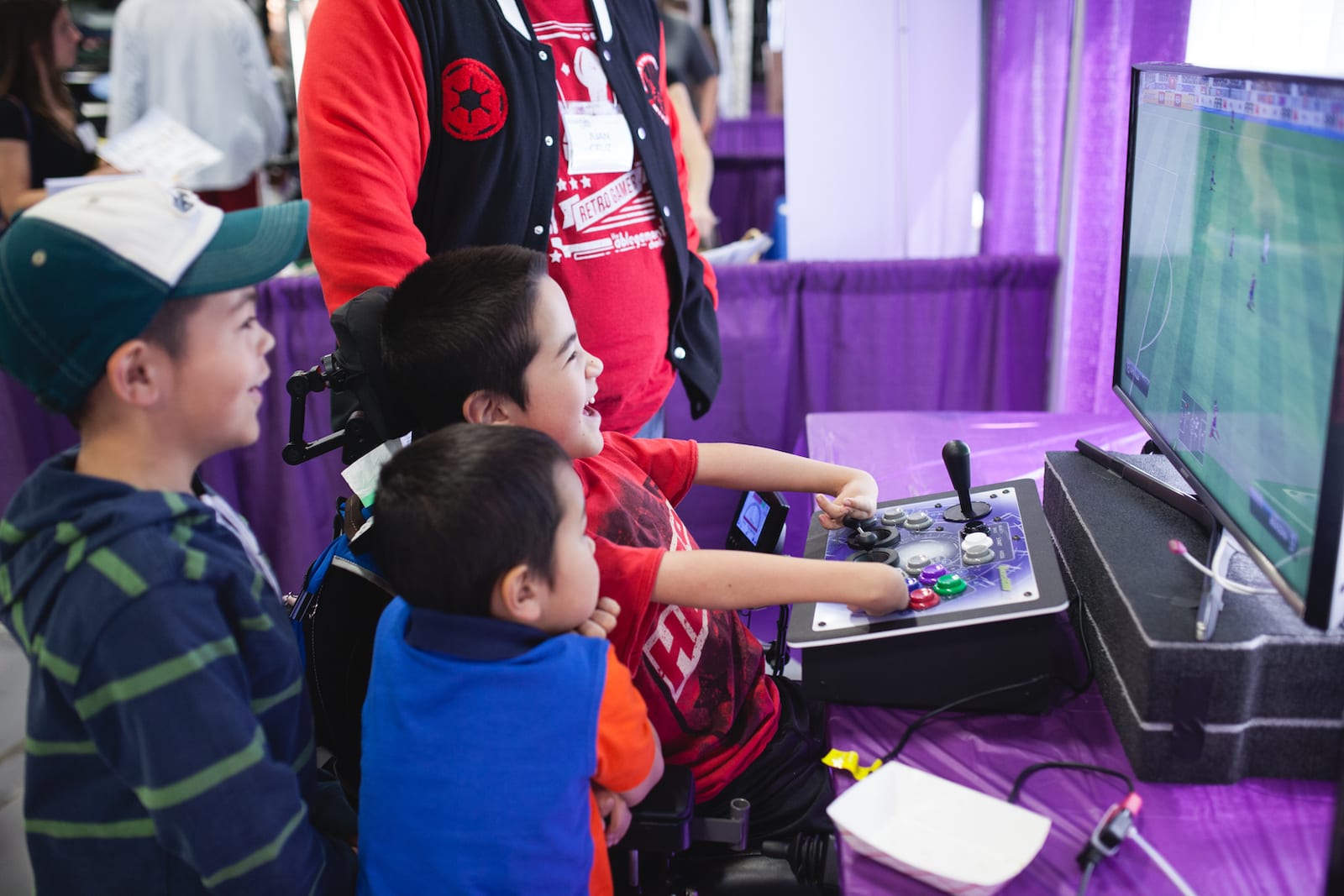 Spohn tells the story of a memorable moment at a New Jersey abilities expo, when he was surrounded by thousands of people on the hunt for new tools to improve their lives. A mother approached him and asked how she could get her son on a path like his, with a C-suite job and respect in a major industry.

Spohn replied, "Well first, thank you for the compliment. But second, what does he do?"

According to Spohn, the mom then said, "Well, he toils away in his basement and he uses these little electronic things and makes music or whatever. It's totally useless and he needs to be doing something like you're doing."

Spohn rushed to stop her, saying, "Listen, he is making a contribution to this world. He's making music. Music is very important to this world."

The mother didn't understand. "She was incapable of seeing that that was something that would contribute to society," Spohn said. 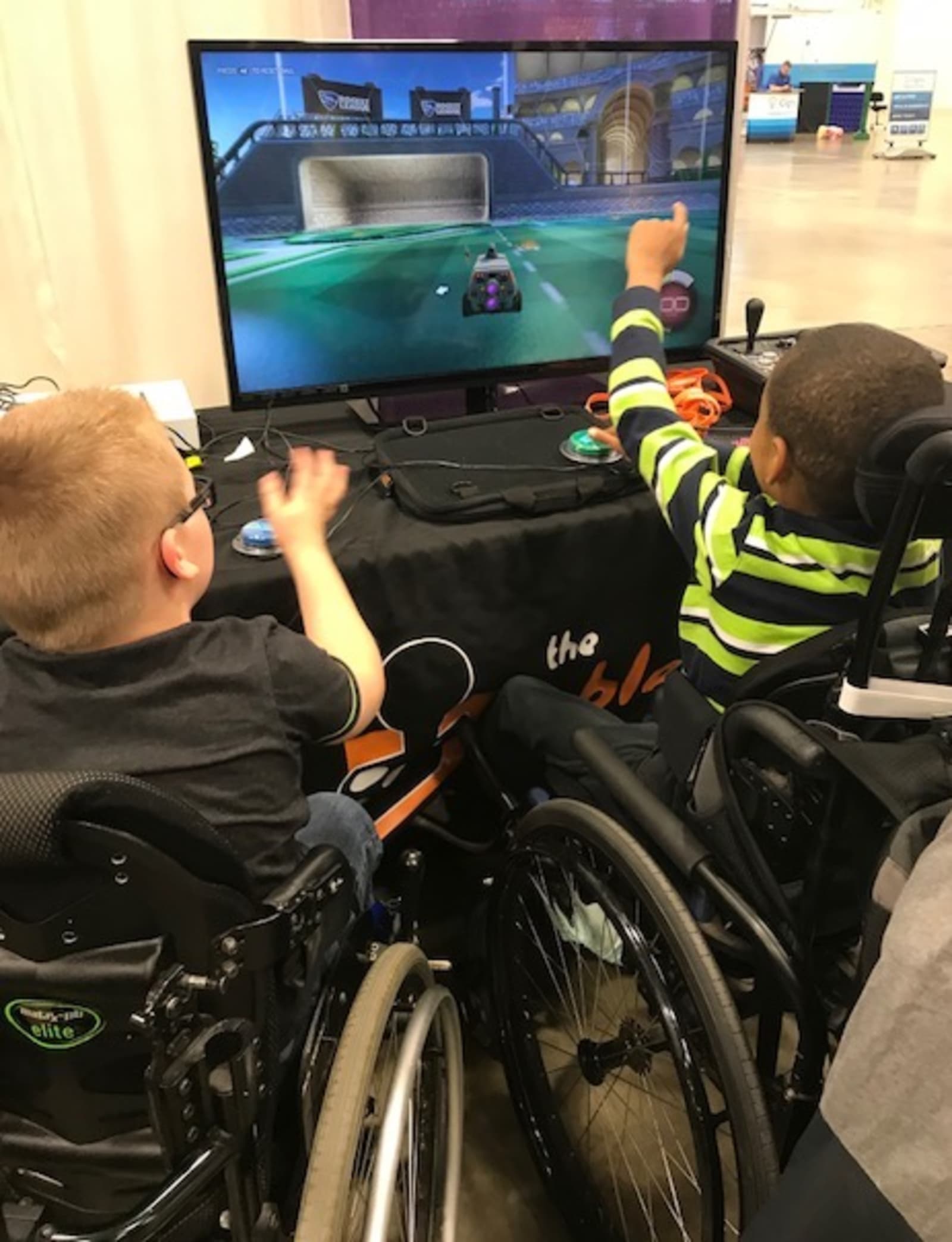 This story is just one reason he wanted to get on-stage at SXSW and deliver a speech about finding strength in any body. Across all forms of media, people with disabilities have fewer role models than the able-bodied population, and also fewer tools designed specifically for the ways they interact with their environments.

Video game developers are waking up to this fact, thanks in large part to AbleGamers, YouTube personalities like Shane Burcaw and activists like Alex Dacy. Many studios nowadays are implementing accessibility options like subtitles, colorblind modes, button re-mapping and co-pilot features out-of-the-box. Uncharted 4 shipped with an option that allowed players to hold down a button rather than repeatedly tapping it, for instance, and Microsoft proved the market for customizable, accessible gamepads with the $100 Xbox Adaptive Controller.

Spohn has been with AbleGamers for 15 years, and over that time, it's grown from a small charity bringing in $50,000 a year and begging for spots at trade shows, to an in-demand organization earning close to $1 million each year. That cash will come in handy, because there's still plenty of work to do, like advocating for better representation in video games and popular culture alike. 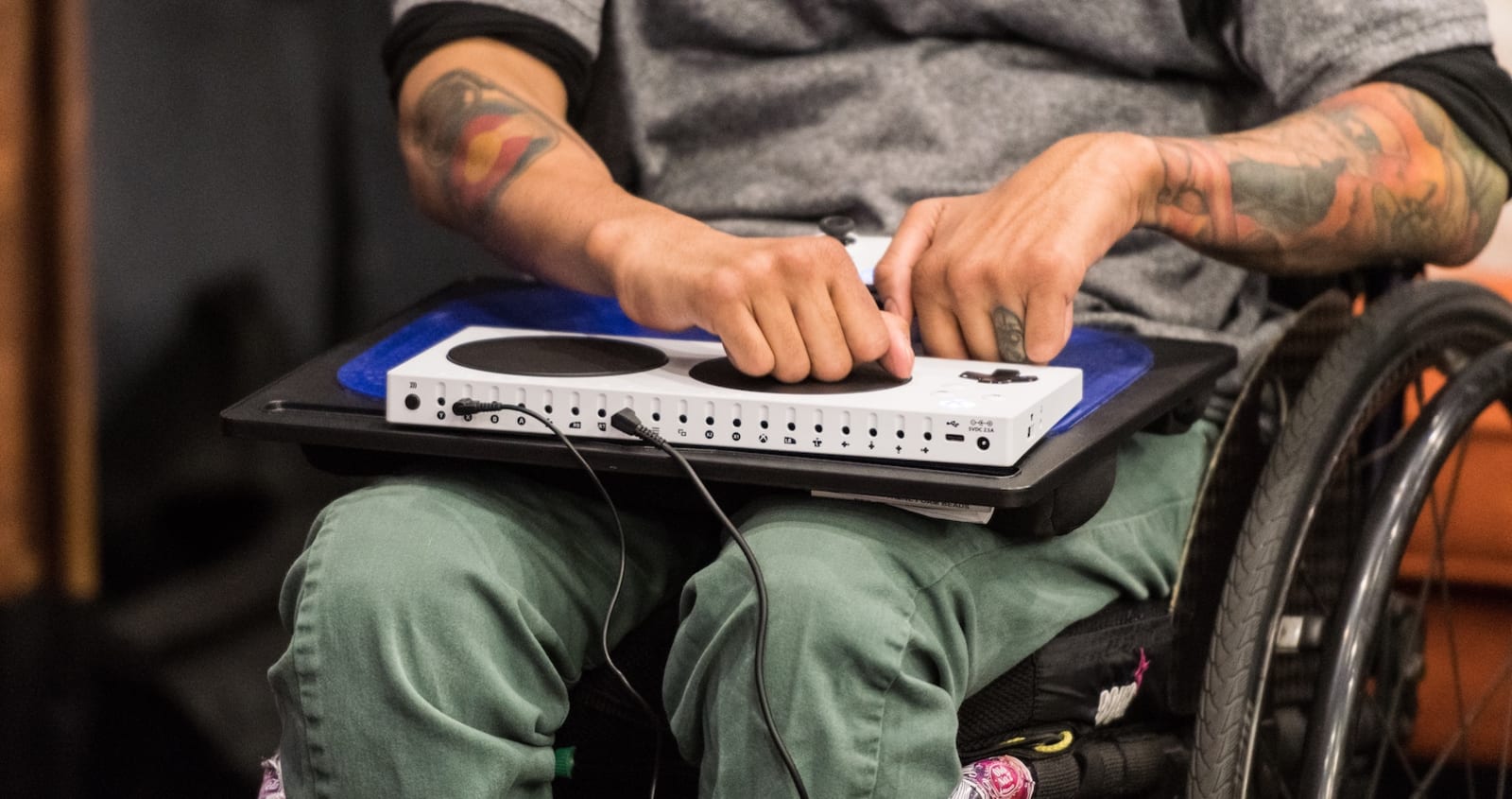 Spohn points out that one in five people has a disability, yet that ratio is not represented in TV, movies or video games. It's not that he wants every other on-screen person to have a disability, but there's clearly room for improvement -- and he's not talking about giving the villain an eye patch. What he wants is truth.

This applies to everyday, real-world interactions with people with disabilities, too.

"People with disabilities are still largely not represented."

"Tech is where you would think that most people with disabilities would be, and yet people with disabilities are still largely not represented even there," Spohn said. "We're seeing it now with the corona thing going on, these companies that have said for years and years, 'Oh, you're so smart, you're amazing. I'm sorry you use a wheelchair. We just can't open up this position remotely. There's too many protocols in the way, you have to come to the office. There's no way this could ever be remote.' Now, nine quarters of the industry are working from home remotely, so what changed?" 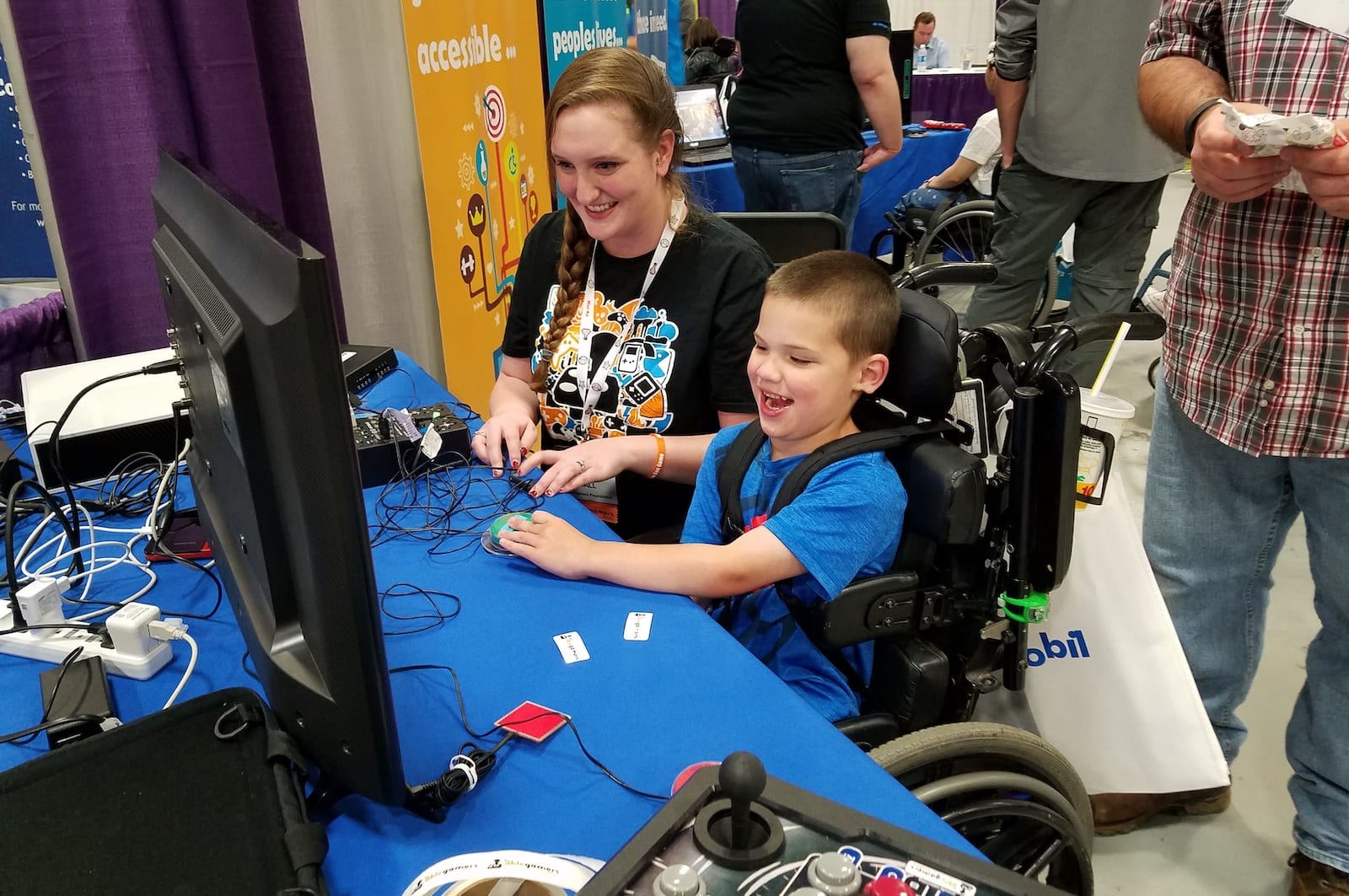 The coronavirus epidemic has shifted the way the world does business, with entire countries on lockdown and companies urging their employees to work from home. Teleconferencing tools didn't suddenly appear overnight; they've been viable for years, but many corporations have limited their use. This has effectively shut out an entire community of potential employees -- people with disabilities that make it hard for them to navigate an office, but otherwise don't affect their performance.

"Those barriers had to be removed because there was a health crisis and it's exposed that a lot of these corporations didn't want to employ people from home," Spohn said. "Didn't want to give those opportunities to the disability community. They could have. They chose not to."

Inclusion is a choice. AbleGamers' mission is to help companies see where they can do better, how they can catalyze new audiences, and what they can do to bring video games to the people who can use them the most. As the charity's most prominent advocate, Spohn has discovered the depth of his own power as a positive influence, and it's as terrifying as it is fantastic. 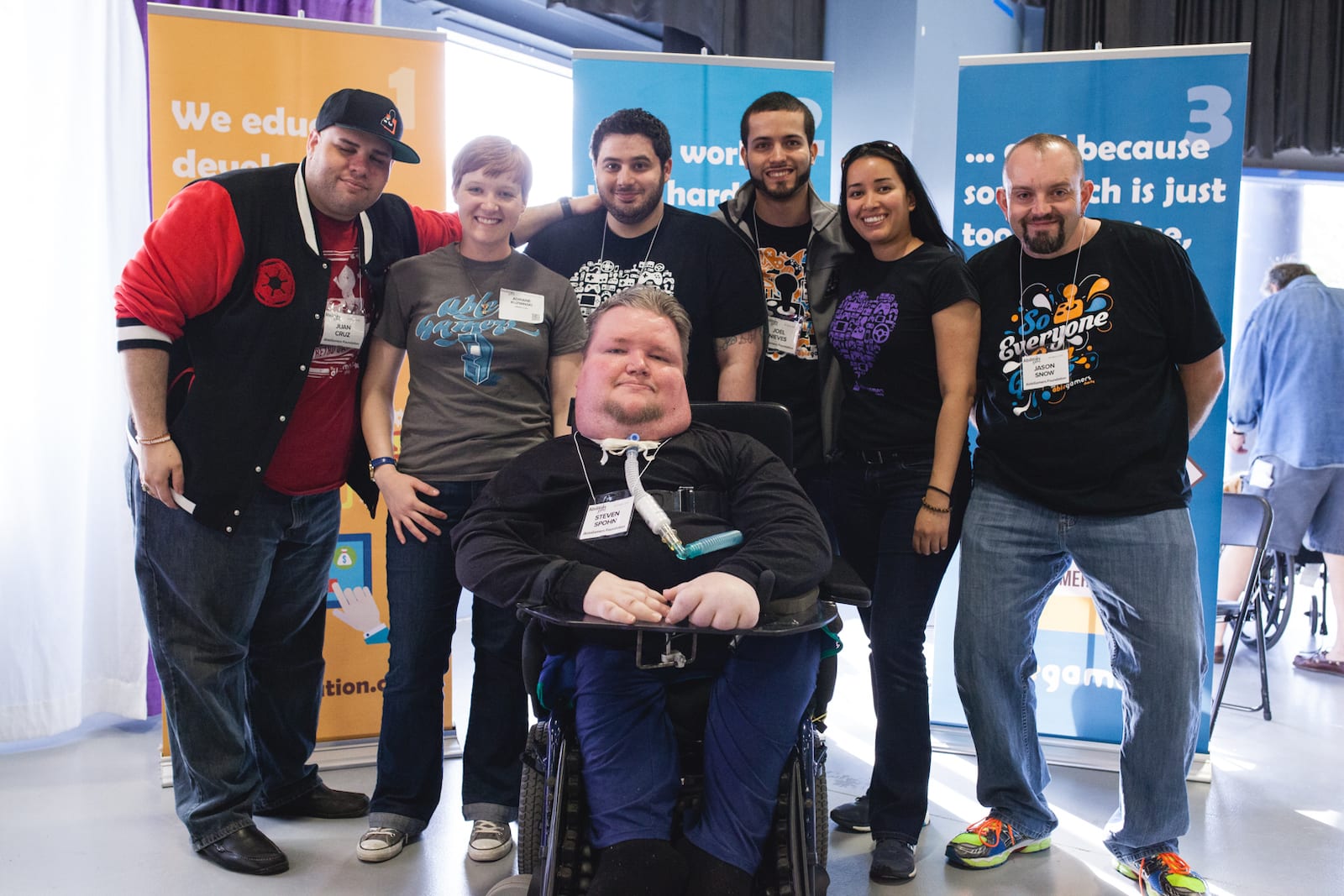 He was running a Dear-Abby-style column called Ask Steve for a while, and one day he received a message from someone saying, "Hey, I was thinking about committing suicide yesterday and I didn't because what you said resonated with me. Thank you."

It threw Spohn for a loop.

"I went, 'Oh crap. Uh, okay,'" Spohn said. "And I realized all of a sudden how powerful words are. Even somebody who sits up there and talks every day about how powerful we can be to one another, it didn't really sink in to me that this could have some amazing consequences. So, whether you're going to the grocery store and getting a Twix bar, or whether you're talking to your friend and convincing them that living for another Twix is worth it, you've got some amazing power if you just realize that you have it."