It still struggles with the apps you want, though.
M. Smith|03.26.20
@thatmatsmith

Huawei's big reveal for its new flagship is entirely online. In the face of the coronavirus, the company had to launch its P40 smartphone series a little differently. Following the imaging prowess of last year's P30 Pro and the Mate 30, the company is still playing to those strengths as it still battles with its app store weaknesses.

This year's flagship smartphone series includes the P40 and the P40 Pro, but also an even-more-premium P40 Pro+ -- with the headliner features I'm most excited about.

Let's run through the entire P40 family first and see what they all share. The standard P40 has a 6.1-inch screen, an Overflow Display that slopes downward on both the sides and the top and bottom edges. It was inspired by the shape you get from water surface tension -- that meniscus on the top of a glass of water or a water droplet. It also helps to ensure the P40 stands out, at least a little, from an increasingly samey crowd of smartphone screens.

Both the P40 Pro and the P40 Pro+ have the same screen, a 6.58-inch 2,640 x 1,200 Overflow display. On the P40 Pro I received, the curved effect isn't particularly pronounced on the top and bottom borders; there's a very faint curve to the glass. The bezels are, however, tiny. On the P40 Pro, there's a 2.65mm top bezel and 1.71mm side bezels. One thing I noted is how Huawei seems to have ditched its extra screen protection layer, which left a rough edge on the P30 Pro phones last year.

All of the phones now come with a 30-percent larger fingerprint scanner, which apparently unlocks 30 percent faster, too. If you're particularly into biometric unlocking, there's also dual-camera face unlock on the P40 series, with infrared tech to ensure it works even in low light. In short, there are lots of ways to unlock it. Setting up the face unlock feature is incredibly fast, and you can add an alternative 'look' to your face unlock profile, so the P40 can recognize you with or without glasses.

Huawei's phones have been crushing it when it comes to cameras, and the P40 series puts that upfront and (not) center. The cameras, irrespective of which P40 model, are all grouped together into a single camera unit. It's 'volcano-esque' according to Huawei's spokespeople, which is their way of saying it sticks out, but it has a nice curve to it. Both the P40 Pro and P40 Pro+ are IP68 rated against water and dust, while the P40 is rated IP53.

The cameras are, yet again, where things get interesting. All the P40 series phones have a 50-megapixel RYYB (red, yellow, yellow, blue) 1/1.28-inch sensor. That's a big sensor, relative to the 1/1.7-inch 40-megapixel sensor on the P30 and the 1/2.55-inch 12-megapixel sensor on the iPhone 11 Pro. Huawei claims this Ultravision sensor will ensure the highest light intake, higher dynamic range and lower noise. The company is trying to strike a balance between high pixel count and the size of those pixels, hence the huge sensor. The Nokia Pureview 808 had a bigger sensor, and it's still dwarfed by decent camera sensors, but don't get me wrong -- it's still a phone, and I love shooting with smartphones. Huawei delivered a P40 Pro this morning -- I just need to test the new camera out further before drawing any early conclusions. 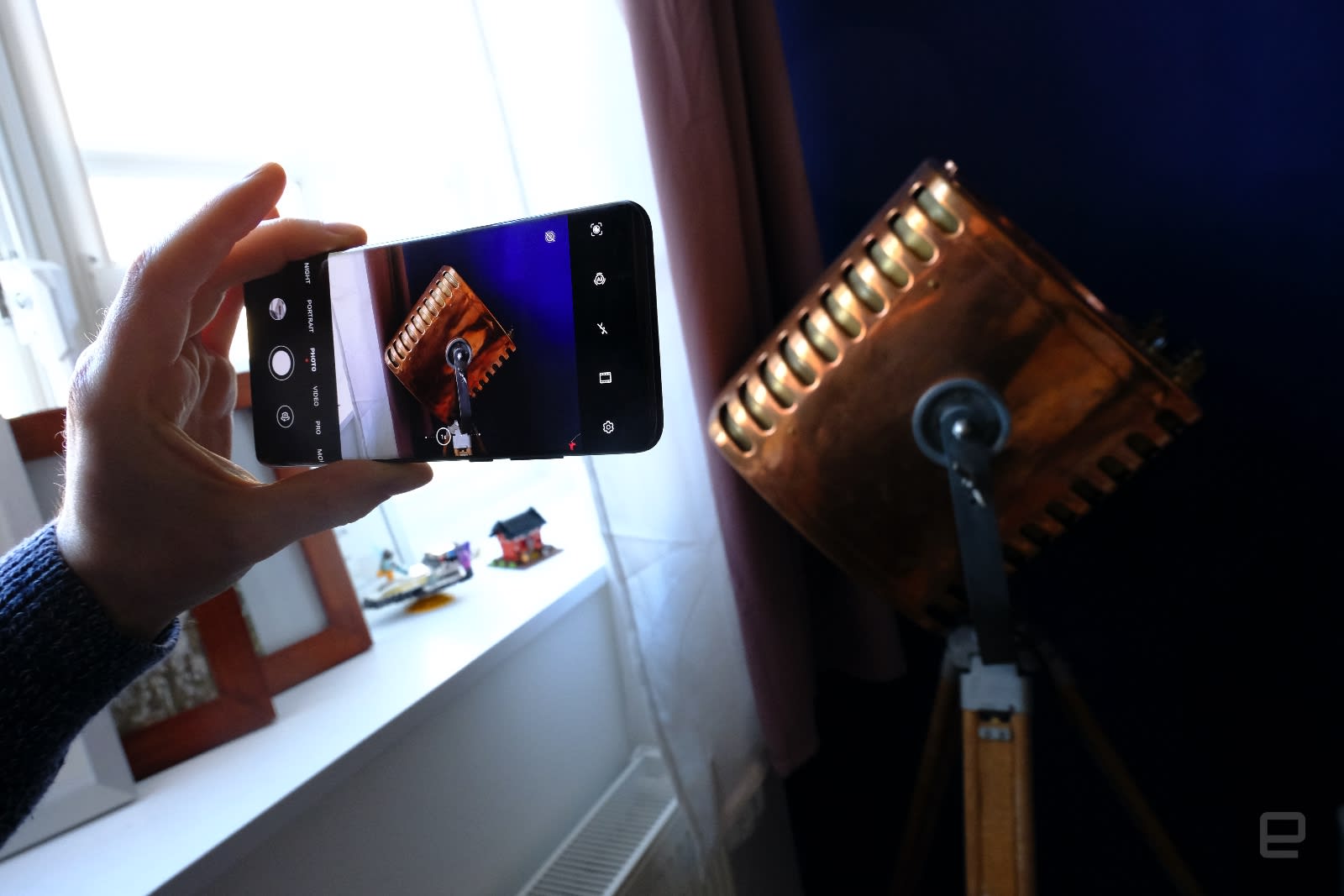 On the P40, a 16-megapixel ultra-wide camera and an 8-megapixel 3X optical zoom flank the 50-megapixel primary camera -- that's roughly the same arrangement as last year's P30 Pro, augmented with that new sensor.

The P40 Pro goes with a 40-megapixel ultra-wide f1.8 cinematic lens that we saw on the Mate 30 and a 12-megapixel 5X optical zoom lens with a new RYYB sensor behind it (which reportedly takes in 40 percent more light) and a time-of-flight (ToF) sensor for depth effects. Its zoom can top out at 50X digital, but with all the caveats that entails.

On the P40 Pro+, it gets a little more fantastical. Take what you saw on the P40 Pro and add an 8-megapixel 10X optical super periscope telephoto lens. That works with the other telephoto lens to offer the equivalent of a 240mm zoom range -- and that's before any digital zoom. (For the record, that tops out at 100X zoom.)

That kind of zoom requires stability, so there's both AI stabilization on top of the optical image stabilization on the primary 50MP sensor and the telephoto cameras. This should help ensure long-range photos aren't just blurry smears. That Huawei has crammed a 10x zoom into a phone is... incredible. I just wish I knew how the images eventually turn out.

Huawei's AI photography chops are worth further elaboration. Besides improvements to portrait photography, with a new color temperature algorithm aimed at offering the best skin tones and facial lighting, there's a new 'best moment' feature with AI smarts able to pluck photos from seven different sports, ten different postures and facial expressions, too. That sounds impressive, but the P40 uses them in a great way. When you're taking group photos or shooting something impressive on your vacation, you can use the P40 to eliminate any errant pedestrians dashing past the moment you take the photo. Sure, that isn't a huge issue at this exact moment in time.

The same tech can help reduce glass reflections when you're taking shots of things behind glass barriers, or through car and airplane windows. It all looks truly useful.

When it comes to video, the P40 can capture at ISOs up to 51200; there's ultra-slow-motion, HDR and 4K timelapse all built-in. There's a new directional audio zoom feature, which uses the three built-in stereo mics to hone in and amplify distant sounds -- you might recall seeing similar tech on Samsung's Galaxy Note 10.

There's a dual-camera 32-megapixel front-facing setup, with a time-of-flight sensor and autofocus on the Pro and Pro+ models. The latter could be very useful for getting better selfies when people are moving around. While on the subject of focus, the primary cameras on the rear have phase-detection autofocus for faster focus in low light.

A lot of this work, both image processing and AI smarts, means the P40 needs a potent enough processor -- and Huawei believes its own Kirin 990 5G chip delivers on that front. Since the last generation of its home-made chip, the company claims its newest addition's neural processing unit (NPU) alone offers power efficiency savings of around 290 percent and performance improvements of roughly 480 percent.

Rounding out the technical specs, the P40 family has 90Hz screens, too, for smoother phone interactions. You can adjust that down to 60Hz in the settings to help extend battery life. On that note, the P40 Pro and Pro+ has a 4,200mAh battery and the smaller P40 3,800mAh cell. The P40 Pro and P40 Pro+ will work with a 40W wired fast charger, with the former also supporting 27W wireless charging, and the latter jumping to a rather epic 40W. Both wireless chargers are sold separately by Huawei. 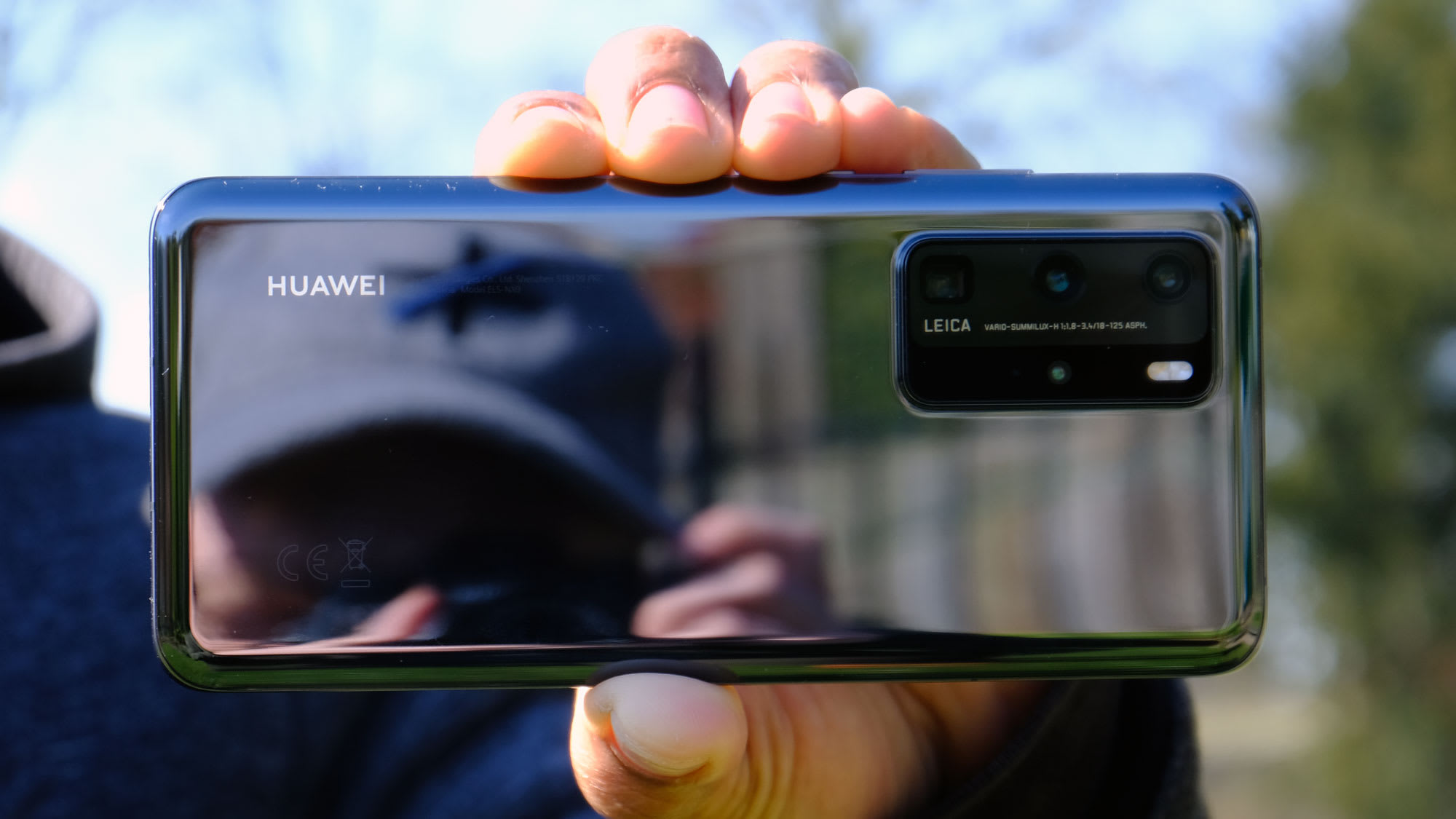 That's the headline hardware news here, but the big questions remain when it comes to Huawei gear: What about the apps? What about Android? Not much has hugely changed.

The Huawei team is bullish about the situation. Jerry Huang, director of global partnerships and eco-development mentioned that the team continues to collaborate with major app developers and companies. It's also focused efforts on developing local apps that are hugely popular in particular markets. For Europe, apps like Deezer, Trainline and Zara were referenced in passing, but it appears to be an uphill task getting Huawei's dedicated app store up to speed.

If you want your apps hard enough on a P40, cloning an older Android phone or shopping in third-party app stores, like Amazon, still seems the easiest way. But Amazon's app store isn't a particularly vibrant one, versus Google Play or Apple's App Store. And Google really isn't keen on people trying to sideload its apps and services on to Huawei devices.

The P40 series will launch with Huawei's upgraded EMUI 10.1, which adds a refreshed look and Huawei's take on Facetime, called Meetime, which pitches high-quality video calls. Both parties need to have a compatible Huawei phone, of course. If they do, they then have to be resident in certain countries, which doesn't include the US or the UK.

The service offers video clarity in low light, and tops out at 1080p, resolution-wise, if your connection holds up. (The P40 series will launch as a 5G phone, but there will likely be a 4G iteration in some territories.) Huawei hopes to expand on this feature by getting its hooks into other kinds of cameras, including action cams and drones -- but those are entirely future plans for now. Unfortunately, I can't try Meetime out on my review sample.

And surprise! Huawei is also working on a voice assistant called Celia. She'll work with English, French and Spanish and will offer some straightforward, if basic, features like weather updates, texts and phone call requests.

The P40 and P40 Pro will arrive in white, black and deep-sea blue color options, with two new finishes, silver frost and blush gold, which will have a matte finish and be a little more fingerprint-resistant. Step up to the P40 Pro+, and you'll be able to pick up a ceramic finish that's glossy and apparently as strong as sapphire glass.

Update 4/13/20 8:00PM ET: An earlier version of this article stated that the P40 Pro supports 40W wireless charging, but in fact, it only supports 27W. This error has since been fixed.