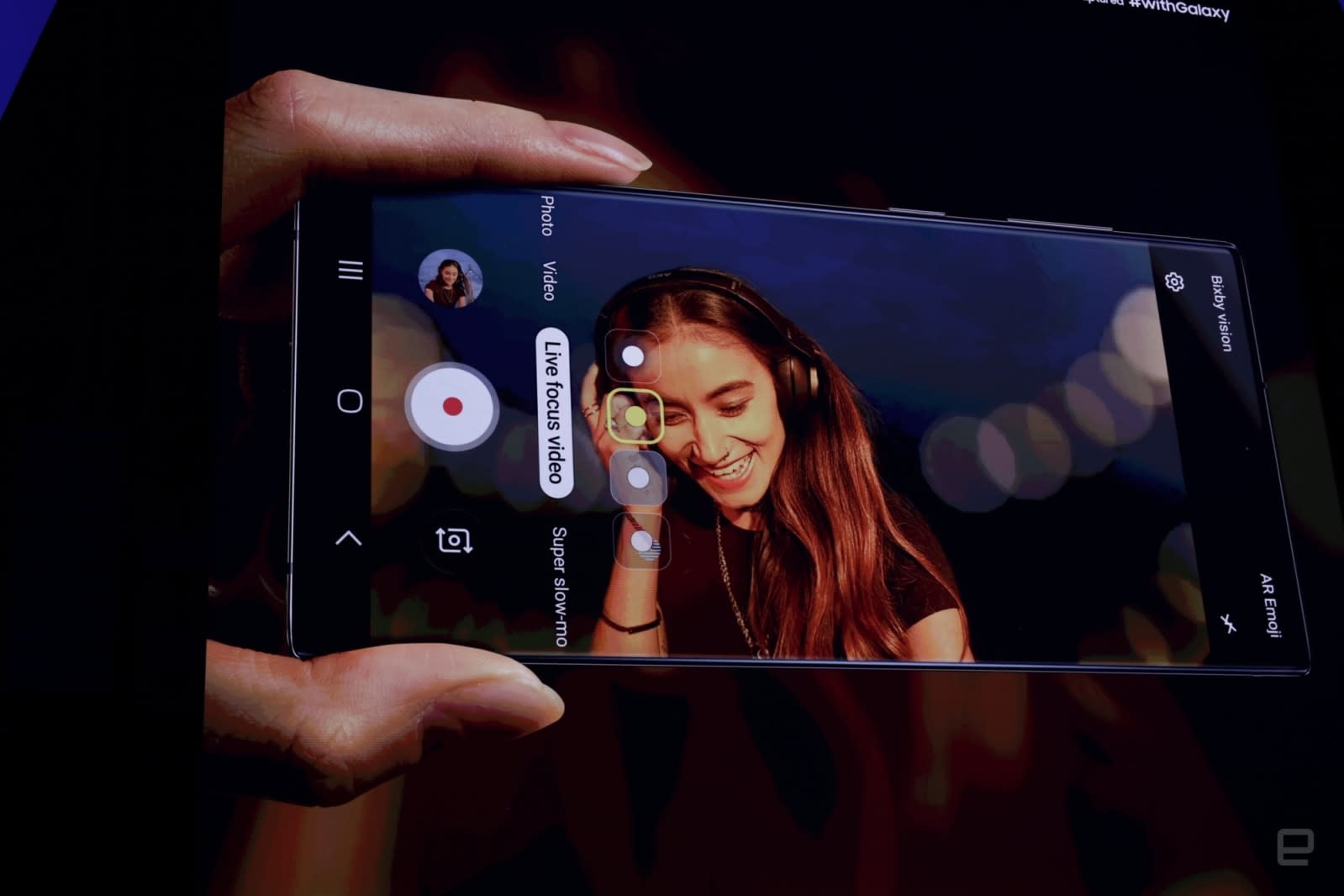 The camera on Samsung's newly revealed Galaxy Note 10 features a "state of the art" camera system with overhauled video tools that allow users to focus on a particular part of a scene. Specifically, it features a "Zoom-In Mic" feature that can amplify audio and focus on sound happening in the frame while pushing out background noise. The feature was announced during Samsung's Unpacked 2019 event.

Samsung's audio focus feature is part of a new suite of "Premium Video Technology," a collection of what the company calls "pro-grade video" editing tools available on the Note 10. It also includes a feature called "Live Focus Video," which can add depth-of-field adjustments to videos that allow you to blur the background and draw focus to the primary subjects. Another feature removes bumps and shakes that result in blurry shots. The new "Super" steady stabilization feature is also available when filming in Hyperlapse mode.

According to Samsung, Note 10 owners should be able to edit clips with precision on their phone using the new video editor, which is compatible with the S Pen. The company's stylus is also now compatible with Adobe Rush, an even more advanced video editing suite that became available for Android devices earlier this year.

In this article: audiozoom, cameras, gear, note10event, samsung
All products recommended by Engadget are selected by our editorial team, independent of our parent company. Some of our stories include affiliate links. If you buy something through one of these links, we may earn an affiliate commission.