It offers 5G capability and a physical keyboard.

Planet Computers is continuing to build very unique physical keyboard smartphones with the launch of its latest flagship, the crowdfunded Astro Slide. It's a phone with surprisingly robust specs, but the key trick is that it can be used either as a standard 6.53-inch touchscreen smartphone or as a PDA, thanks to the "RockUp" slide hinge mechansm.

As shown below, the hinge allows you to slide the screen off of the keyboard, then flip it up so you can use it like a mini-laptop. A full (albeit tiny) physical QWERTY keyboard is then revealed so you can tap messages or do productivity chores. Once finished, you can slide the screen back and answer calls or drop it in your pocket. That differs from the Cosmo Communicator, a hinge-only clamshell phone with a small rear screen that lets you answer calls with the case closed. 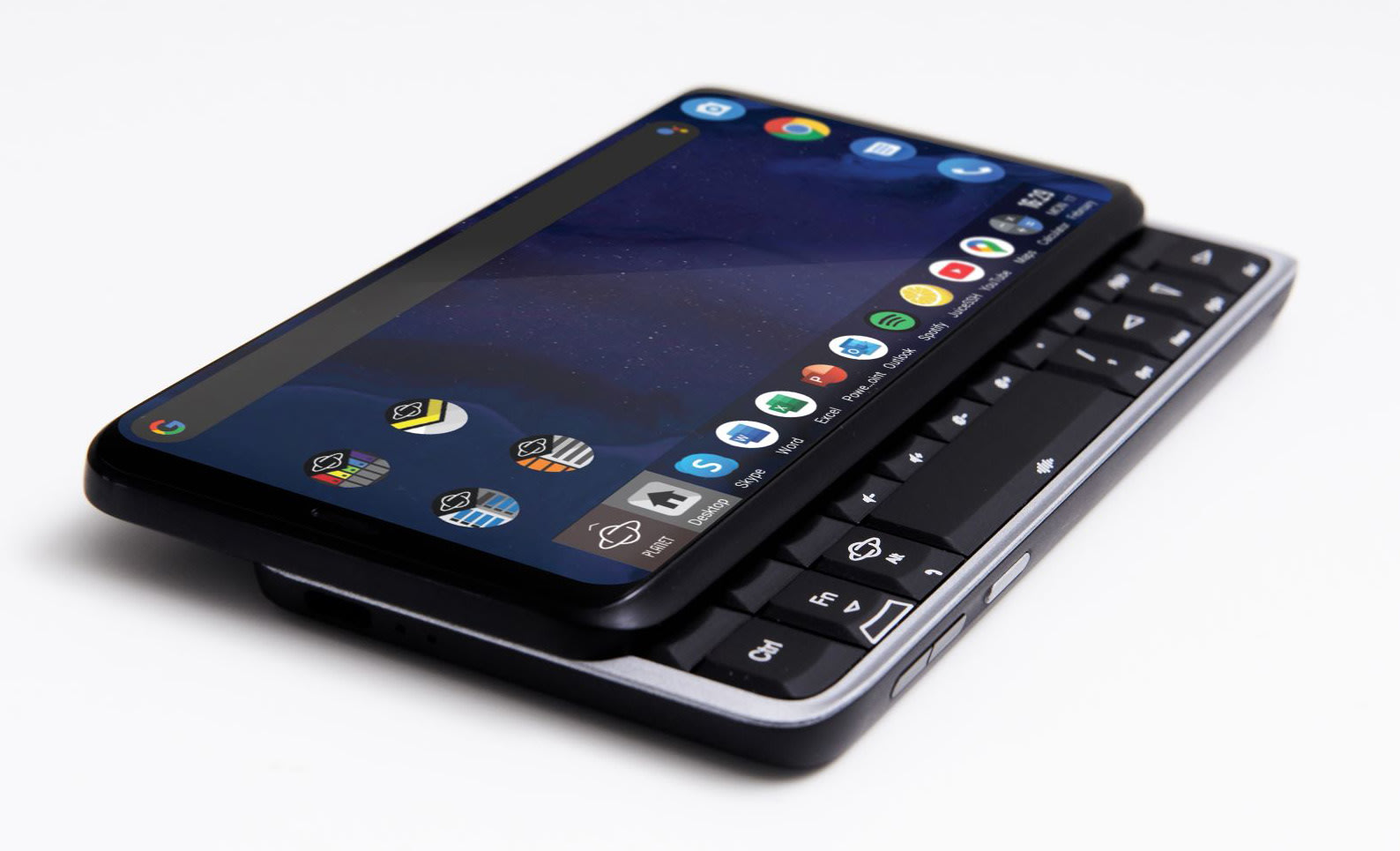 Whether a phone or PDA, the Astro Slide looks pretty powerful. It packs Android 10 and will have dual-boot Linux capability down the road. Inside, there's a MediaTek Dimensity 1000 chipset with built-in 5G with "twice the performance of other 5G chipsets with significantly reduced power consumption," the company said. It also offers a 48-megapixel rear camera, a front selfie camera, 6GB of RAM, an eSIM slot (on top of two nano SIM slots) and 128GB of storage expandable via a MicroSD slot.

The Astro Slide hearkens back to the glory days of BlackBerry PDA productivity, while delivering all the benefits of a regular smartphone (albeit in a much thicker package). The only red flag is that it's being crowdfunded on Indiegogo, where highly-touted products often go to die. However, Planet Computers has a good track record, as it successfully crowdfunded and delivered the Cosmo Communicator. The Astro Slide launched today for an early-bird starting price of $491, with shipping estimated for March of 2021.