The Charge 4 will be available this spring for $150.

We may all be staying in a lot more to curb the spread of COVID-19, but that doesn't mean we're no longer working out. Whether you're doing HIIT or yoga sessions at home, or you're going for a solo run in a deserted forest, a fitness tracker can still help keep you on top of your exercise goals. Fitbit has a new product that has welcome features for runners or home fitness fans alike. In fact, before the Charge 3 launched in 2018, users were already clamoring for the company to add onboard GPS. But that didn't show up, and the Charge 3 got a real touchscreen instead. Now, almost two years later, Fitbit is launching the Charge 4 and yes, it sports built-in GPS.

Those who have been eagerly awaiting an activity band that can track their position without a phone will find the Charge 4 compelling. It also offers onboard Spotify support for music controls, a relative blood oxygen sensor, heart rate and sleep tracking, as well a swimproof design. The company promises seven days of battery life on the Charge 4, though I wouldn't expect a full week of juice if you use GPS to track your runs often.

Like the Charge 3, this tracker has an OLED touchscreen on which you can read your heart rate, active time and steps progress, along with message previews or music controls. Don't expect a full smartwatch OS here, though. The Charge 4 uses Fitbit's rudimentary software for its trackers.

Instead of only offering NFC on a special edition version that costs $20 more, the Charge 4 has this feature across all models. Fitbit said its contactless payments are accepted across about 500 retailers in 44 countries, as well as at 10 transit systems including New York's MTA. 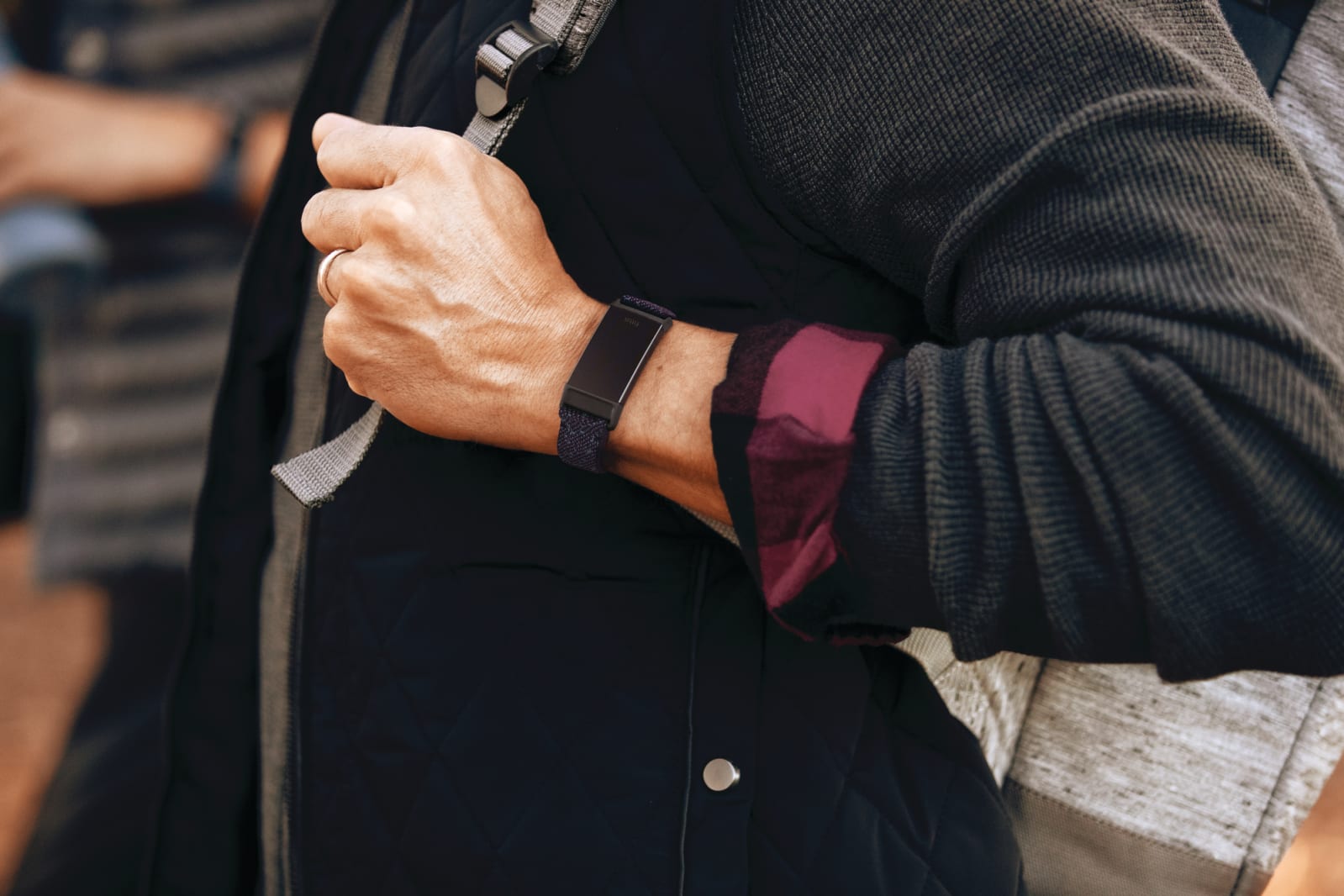 Fitbit also launched a new metric called Active Zone Minutes, which uses your resting heart rate and age to calculate the amount of time you spend in various cardio zones. That goes toward a weekly goal of 150 minutes, a target that Fitbit set with recommendations by the American Heart Association and World Health Organization. If that sounds familiar, it's because Apple and Google already do variations of this on their wearable products.

Active Zone Minutes will arrive first on the Charge 4, but will roll out to Fitbit smartwatches soon. The company did not share a more specific timeframe.

Fitbit is also expanding its Premium program with 40 new pieces of free content, and is hoping to attract new users with a 90-day free trial. After that, you'll have to pay the $10 monthly (or $80 annual) fee to continue with the program. The Charge 4 will be available from April 13th for $150. A special edition with a granite reflective or black woven band in addition to the standard black strap will cost you $20 more. If you've been looking for a simple activity tracker to map your isolated runs, this could be worth checking out.

All products recommended by Engadget are selected by our editorial team, independent of our parent company. Some of our stories include affiliate links. If you buy something through one of these links, we may earn an affiliate commission. All prices are correct at the time of publishing.
Fitbit finally launches a Charge tracker with built-in GPS
fitbit
fitbit charge
fitbit charge 4
fitness tracker
gadgetry
gadgets
gear
wearables