How do you improve on a nearly perfect laptop? We gave the XPS 13 one of our most positive reviews ever last year -- and in 2020, Dell has managed to outdo itself again. The latest XPS 13 model has a larger screen with slimmer bezels, a bigger keyboard and a sleeker design. On their own, those aren't exactly life-changing upgrades. But taken as a whole, they make the XPS 13 even more refined than before. You could say it's more perfect than perfect.

Then again, I shouldn't be too surprised. Only a few months after I reviewed the XPS 13 in 2019, I saw its even more stylish 2-in-1 sibling. Aside from a shallower and controversial keyboard, that convertible was actually better than the standard model in many ways. So it was only a matter of time until Dell brought those design upgrades over to its traditional ultraportable. 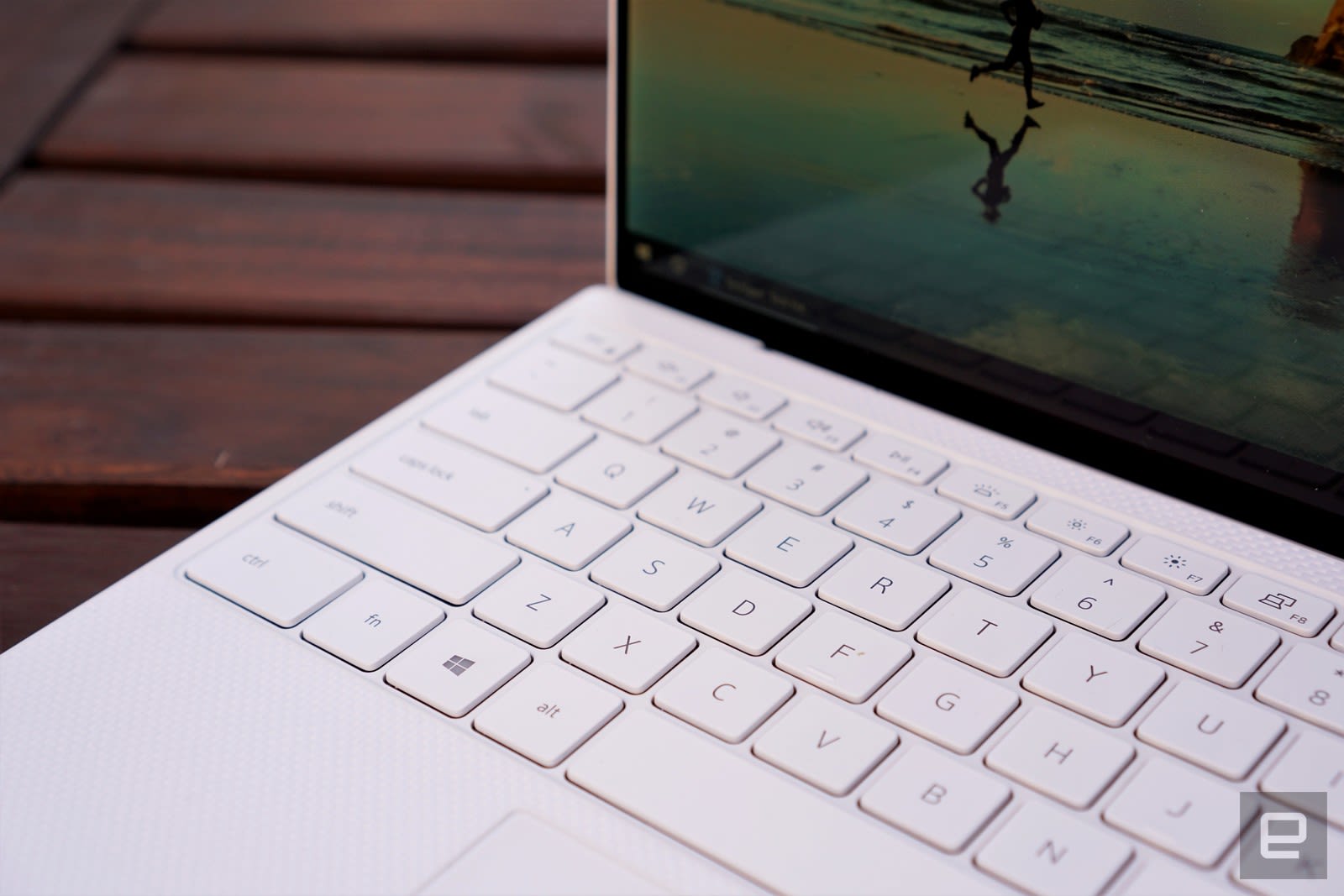 So what's different? The most obvious upgrade is that Dell has completely gotten rid of the XPS 13's lower screen bezel. Now the display nearly touches the edge of the keyboard area, even further than the XPS 13 2-in-1. That effectively gives the computer a slightly taller 13.4-inch screen with a 16:10 aspect ratio. While it's not quite the extra-tall 3x2 ratio we've seen on Microsoft's Surface laptops, the extra screen space is enough to make working on the notebook a bit more freeing. And it's worth noting that Microsoft's machines still can't match ultra-thin bezels of Dell's InfinityEdge displays. The XPS 13's 91.5 percent screen-to-body ratio is also impressive, and it even manages to outdo HP's ultra-sleek Spectre x360. The XPS isn't nearly as flashy as the Spectre, but I actually prefer Dell's understated design.

Additionally, Dell also pushed the keyboard to the edges of the XPS 13 and made the keycaps nine percent larger, both of which make for a more comfortable typing experience. Thankfully, you won't find the maglev keyboard from the 2-in-1 model, which was a controversial way of adding feedback to that laptop's shallow keyboard. Instead, Dell stuck with the scissor switch key design the XPS 13 is known for. While it doesn't have the luxuriously deep key travel of the Spectre x360, it still felt better than most ultrabook offerings. The XPS 13's trackpad is also 17 percent larger than before, and it feels just as smooth and accurate as the last model. 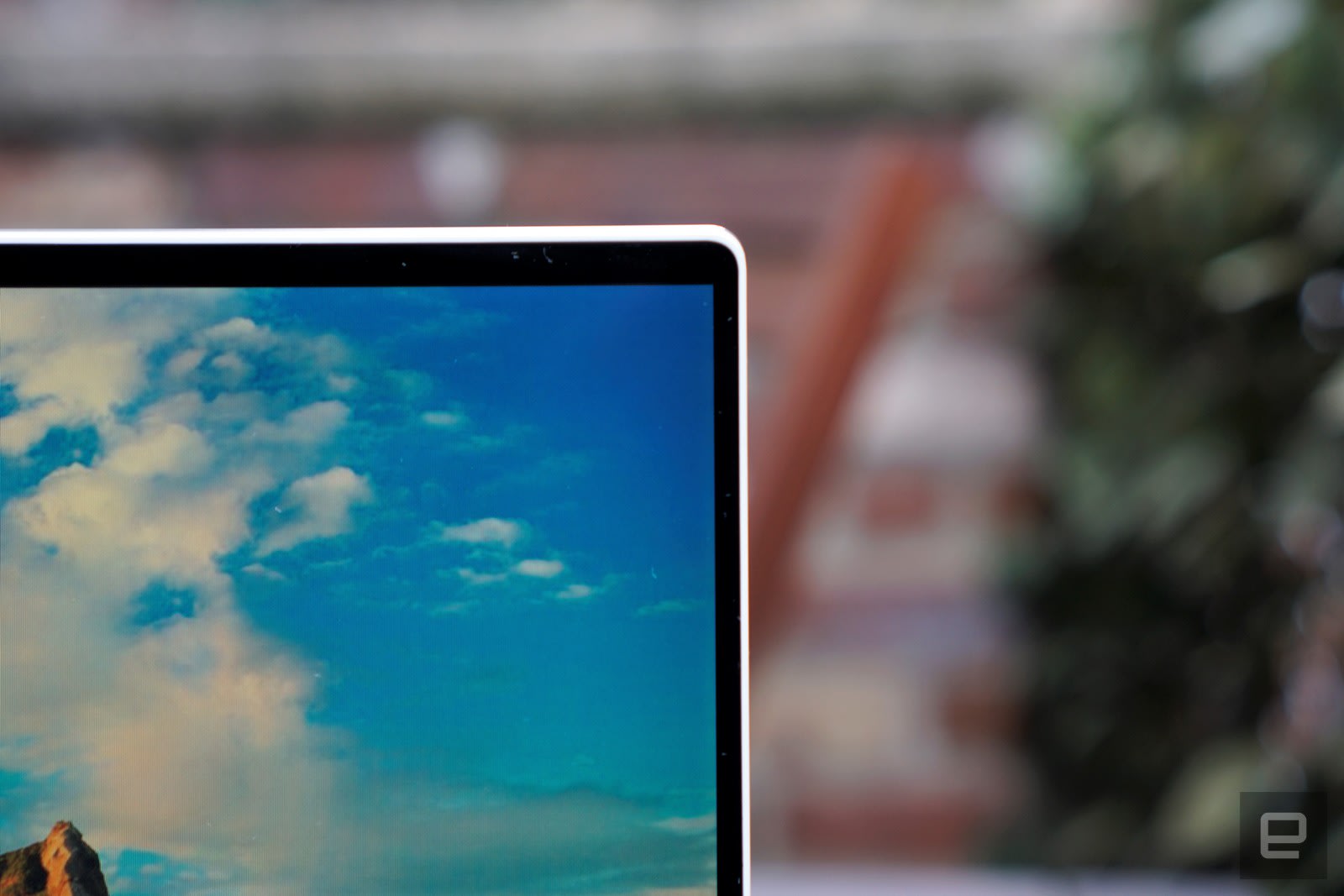 The XPS 13's aluminum case is as sturdy as ever, and this year it feels even smoother to the touch. Once again, you can also choose from black carbon fiber or arctic white color options -- they both look and feel great, but I prefer the slick woven-glass fiber of the white design. I also appreciated the smaller refinements, like the way the hinge barrels are hidden from view, giving the screen more of a dominating presence.

In practice, using the new XPS 13 felt a lot like the 2-in-1 -- except without the ability to twist the screen around. The extra-tall display still looks fantastic, and its HDR and Dolby Vision compatibility makes it perfect for Netflix binges. It's slightly lighter than the 2-in-1, between 2.64 pounds and 2.8, though you'd have to forgo the touchscreen to feel the difference. 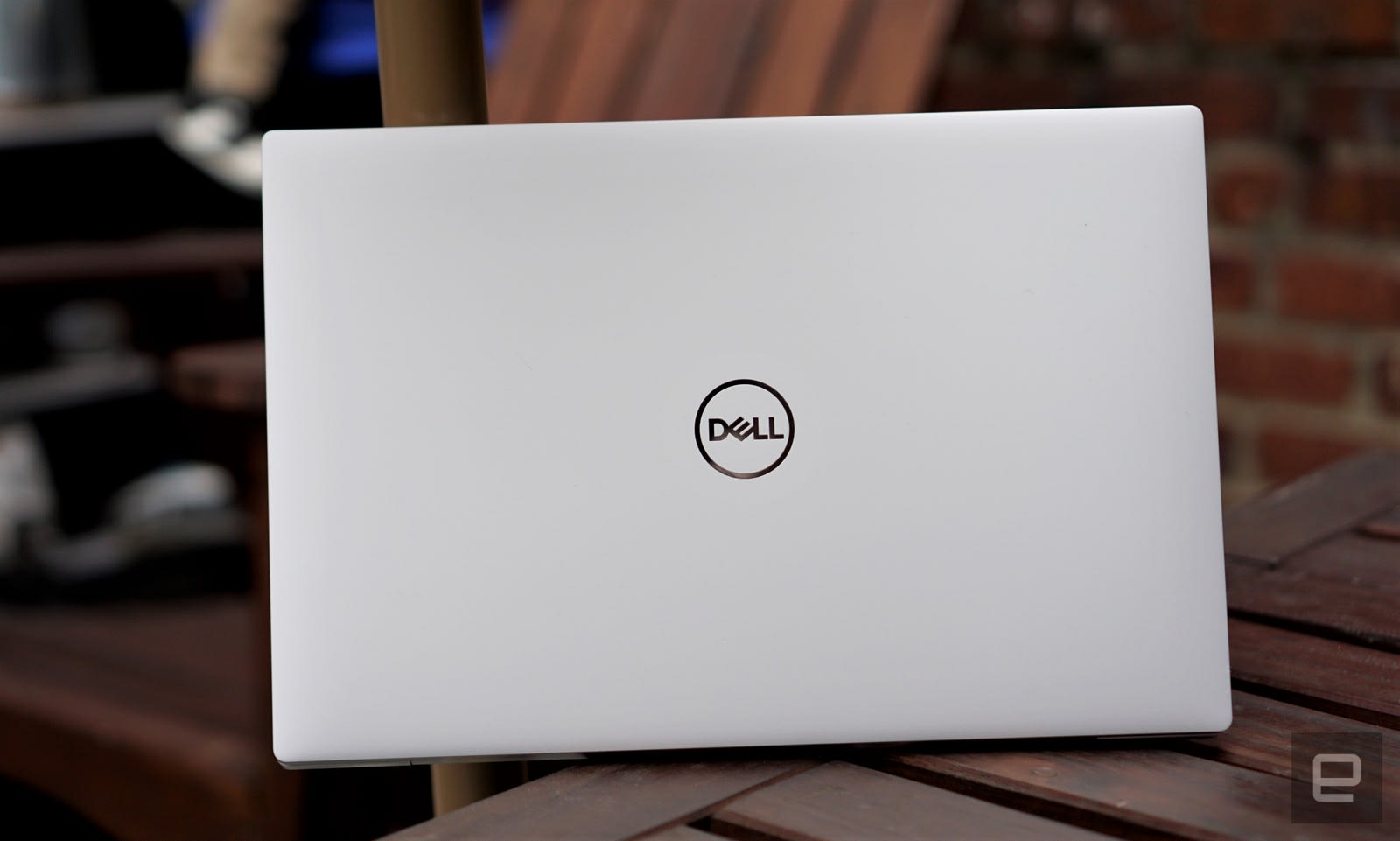 The XPS 13 is also fast enough to handle all of your productivity needs while you're trapped at home devouring YouTube videos. Our review unit came with Intel's 10th-gen Core i7-1065G7 CPU and 16GB of RAM, a beefy midrange setup that currently sells for $1,750. The XPS 13 starts at $999, but that model comes with depressingly low specs: a Core i3 processor, 4GB of RAM and 256GB of SSD storage. At the time of this review, that model is also unavailable on Dell's website, so we'd recommend going with the $1,250 configuration to get 8GB of RAM. Honestly, it's about time Dell gave up on offering a meager 4GB of RAM on any computer, let alone its flagship notebook -- especially when you can't upgrade it down the line.

The XPS 13 survived my daily workflow -- juggling dozens of browser tabs, photo editing, video streaming and a bit of audio recording -- without any issues. The system also lasted up to 15 hours and 55 minutes during our battery test, which involves looping an HD video without any energy-saving measures turned on. That's a solid leap over the previous model's 12.5 hours of battery life, and it even outdoes the 2-in-1 by 90 minutes. It's also significantly better than Apple's new MacBook Air, which lasted 11.5 hours in our test. 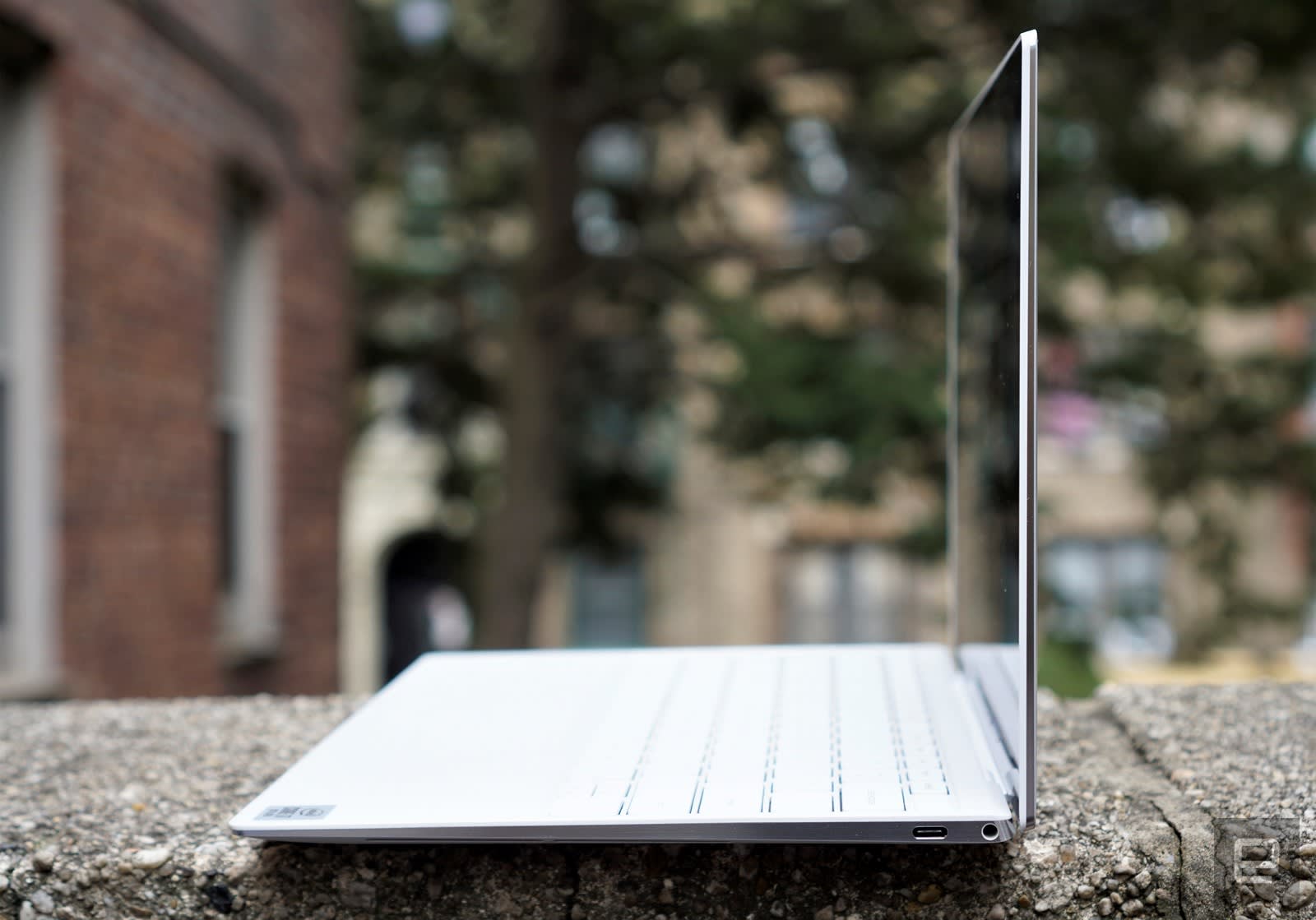 And while you wouldn't want to buy an ultraportable with gaming in mind, Intel's 10th-gen Iris Plus integrated graphics can eke out some playable Overwatch in 720p with low settings. Just don't expect consistent frame rates. It's more suited to slower games like Minecraft and The Sims or visual novels.

Unfortunately, I didn't have a chance to try an external GPU on the XPS 13's two USB-C Thunderbolt 3 ports, but that's certainly an option if you want to balance portability and gaming performance at home. And while I would have liked to see a full-size SD card reader, the microSD slot is better than nothing.

While Dell didn't exactly revolutionize anything with this year's XPS 13, it's still a huge leap forward from the 2019 model in many ways. The company's Infinity Edge "bezel-less" screen continues to get more impressive, and every upgrade -- like that extra wide keyboard -- feels genuinely meaningful. Once again, the XPS 13 is the ultraportable to beat.