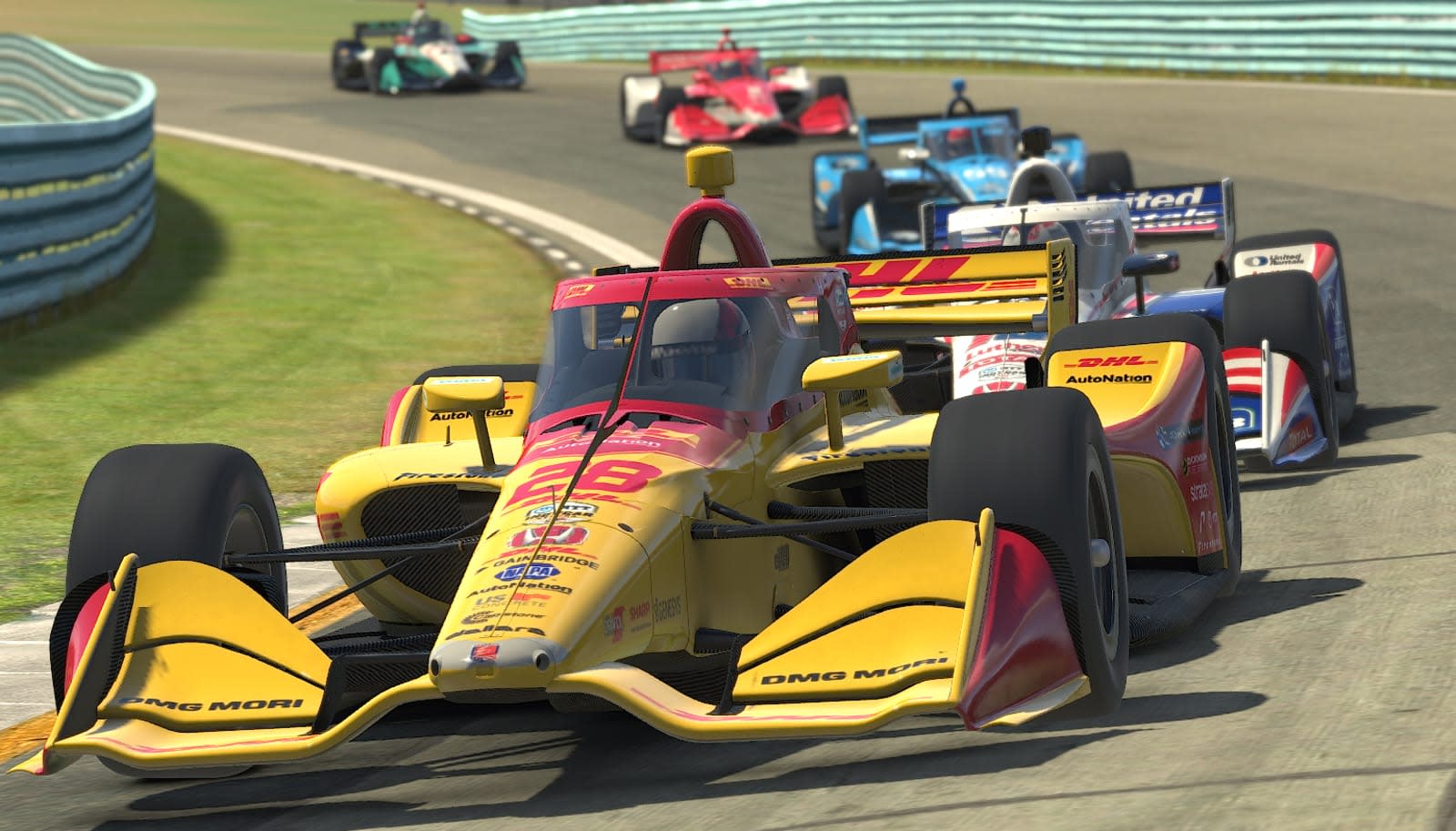 Another live esports event will air on TV this Saturday -- something we might have to get used to now that people are glued to their screens even more than usual due to the coronavirus pandemic. The second round of the IndyCar iRacing Challenge, an online simulation-style competition, will air live on NBC Sports at 2:30PM ET on April 4th.

Pro IndyCar drivers are expected to participate on the iRacing platform, including five-time series champion Scott Dixon and two-time and reigning series champion Josef Newgarden. It's the first time the virtual event will be broadcast on NBC Sports -- the first one was only livestreamed on YouTube, Facebook and Twitch.

IndyCar officially canceled its season opener and all races throughout April in early March, and it's still unclear if its in-person events will resume later. It launched a virtual replacement for its races as a result, with the first round getting 433,000 combined views on several online platforms. NASCAR did the same thing in March, airing the first-ever eNASCAR iRacing Pro Invitational Series, which drew in 903,000 viewers.

In this article: entertainment, gaming, INDYCAR iRacing Challenge, internet, NBC Sports
All products recommended by Engadget are selected by our editorial team, independent of our parent company. Some of our stories include affiliate links. If you buy something through one of these links, we may earn an affiliate commission.