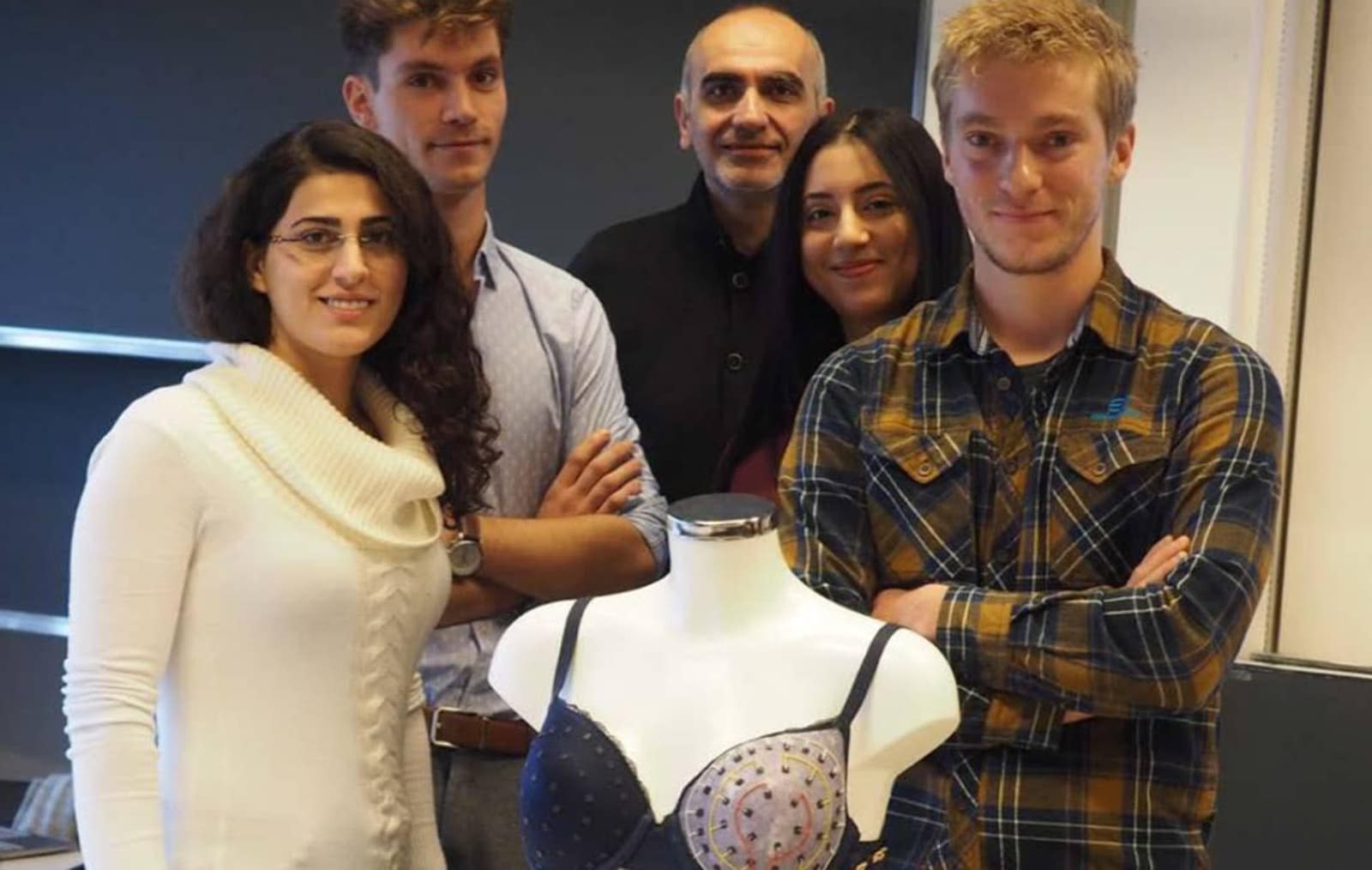 Students from the Swiss university EPFL have developed a smart bra designed to detect breast cancer in its earliest stages. They believe it's the first piece of clothing that can be used for cancer prevention. They even claim that it's comfortable and that the tech is "nearly imperceptible."

Unlike mammograms, which use low-energy x-rays, the SmartBra uses ultrasound waves, which are generated by piezoelectric sensors embedded in the bra. Those run on energy generated when pressure is applied to a piezoelectric material, and they allowed the students to miniaturize the technology. The team also developed a plastic interface to replace the gel that is typically used during ultrasounds.

The students, working with startup IcosaMed, hope to bring the SmartBra to market in 2021. First, they plan to sell it to patients who have already been diagnosed and might benefit from daily monitoring. Then, they'll market the SmartBra to people who are genetically predisposed to developing cancer, and eventually it might be sold to anyone who is interested.

Now, if the SmartBra detects a suspicious mass, it will alert the wearer so they can follow up with a specialist. In the future, the team hopes it might be used as a complementary or alternative therapy.

"We hope that one day it could also act preventively and emit nearly continuous, low-dose ultrasound waves in a controlled manner so as to stimulate apoptosis in the cancerous mass," said Max Boysset, IcosaMed founder and CEO.

This is still very much a proof of concept, but the idea is promising. We've seen a lot of big tech companies using AI to help diagnose early-stage breast cancer. Google claims its AI can detect breast cancer more accurately than experts. MIT says its AI is free of racial bias, and IBM boasts that its AI method can predict breast cancer years before it appears. All of those methods, though, use mammograms, making the SmartBra that much more novel.

In this article: breast cancer, cancer, clothing, detection, EPFL, gear, icosamed, medicine, piezoelectric, prevention, smart bra, smart clothing, SmartBra, students, switzerland, ultrasound, wearable, wearables, womens health
All products recommended by Engadget are selected by our editorial team, independent of our parent company. Some of our stories include affiliate links. If you buy something through one of these links, we may earn an affiliate commission.