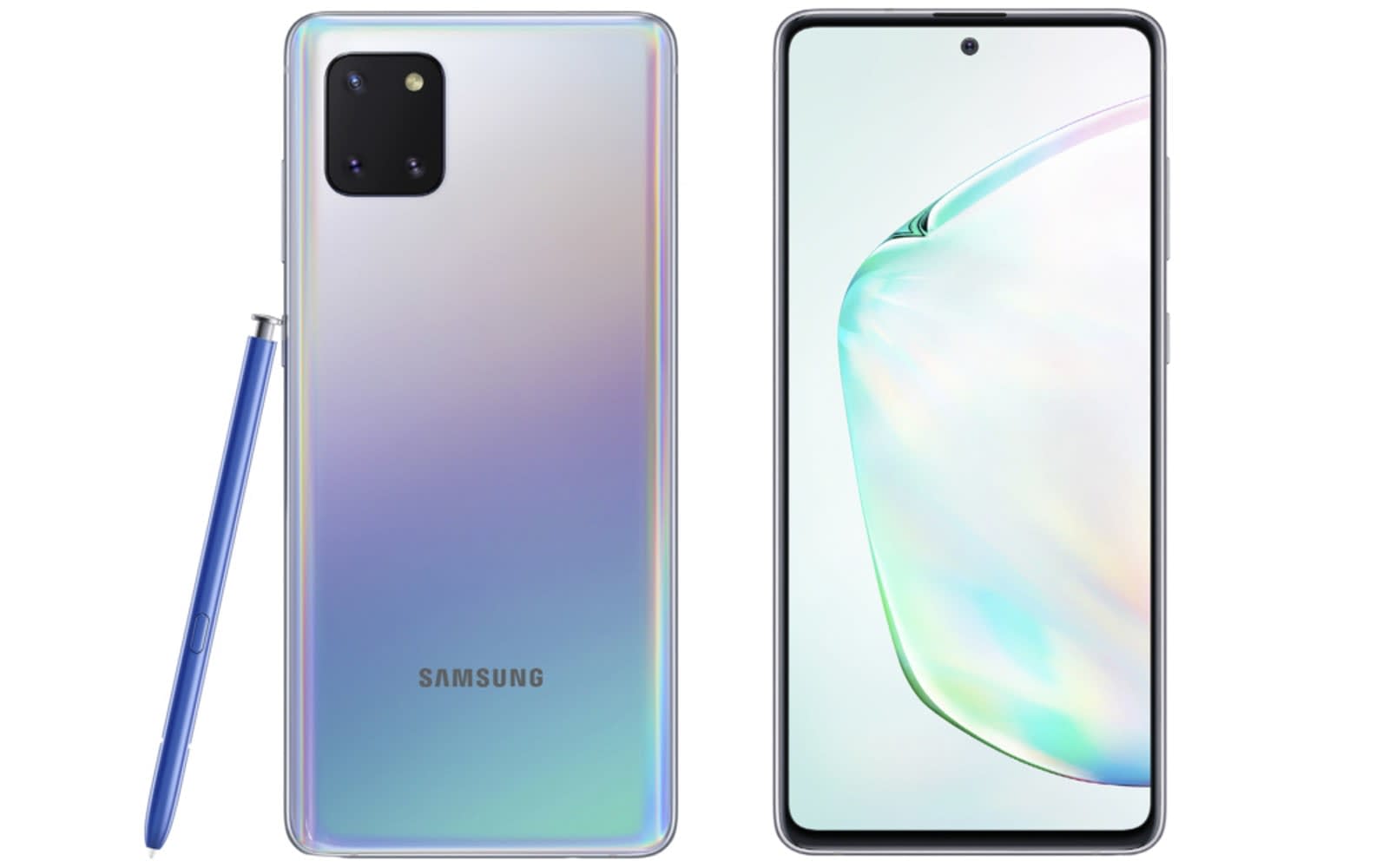 As expected, ahead of CES Samsung has announced the Galaxy S10 Lite and Note 10 Lite, two phones the company claims will be more affordable takes on its 2019 flagships. Both devices feature 6.7-inch bezel-less AMOLED display with a cutout for a 32-megapixel selfie camera. As a result, the S10 Lite features a bigger display than either the S10 or S10+, which had 6.1-inch and 6.4-inch displays respectively. Additionally, unlike the S10 series, the front-camera notch is at the top center of the screen, instead of to the right-hand side.

Meanwhile, the Note 10 Lite's display slots in between the Note 10 and Note 10+'s 6.3-inch and 6.8-inch screens. However, the biggest difference between all the displays is that the screens of the two Lite phones are lower resolution 1080p panels, instead of QHD panels like on Samsung's flagships. Combined with their massive 4,500mAh capacity batteries, the lower resolution displays should help with battery life. It's also worth pointing out Samsung hasn't said whether the screen it sourced for the Lite models features HDR10 support. For biometric authentication, the phones include both an in-display fingerprint sensor and face recognition. 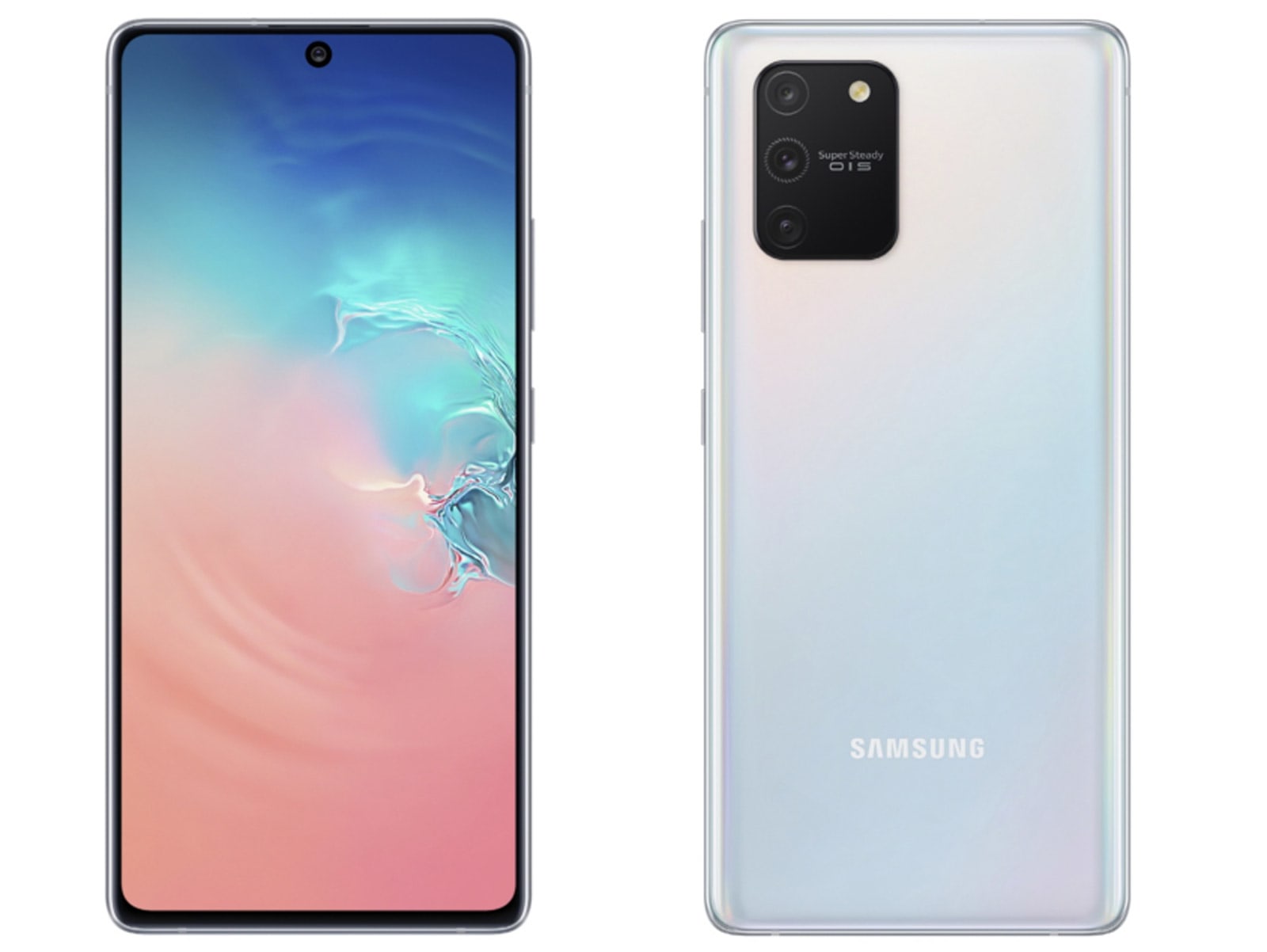 Merely looking at the camera specs, the S10 Lite is the one that stands out. For the main camera, Samsung has gone with a dense 48-megapixel sensor and a relatively slow f/2.0 aperture lens. Usually, that's not a combination that leads to great low-light performance. The company says the S10 Lite features its new "Super Steady" optical image stabilization, but didn't say anything about how it compares to other OIS solutions. The inclusion of a macro lens is also interesting since there aren't a lot of phones that include that type of lens.

One area where the two phones differ is that they feature different processors. Samsung hasn't said the exact model of chip that's in each phone, but the S10 Lite includes a 7-nanometer octa-core processor, while the Note 10 Lite features a 10-nanometer octa-core chip. The fact the Note 10's processor is a 10-nanometer chip suggests it's an older design than the S10 Lite's. Depending on the market and operator, the phones will include either 6GB or 8GB RAM to support their processors.

When it comes to storage, the two phones come with 128GB standard, with no option to buy more built-in storage. However, both models include microSD expandability, allowing you to add as much as 1TB of additional storage to the phones. Besides their lower-resolution displays, this is probably the two Lite phones' biggest "downgrade" since the Note 10 comes with 256GB of storage standard. Samsung also doesn't make any mention of waterproofing or wireless charging, so it's likely the company tried to cut on cost there as well.

Samsung hasn't said when either the Galaxy S10 Lite or Note 10 Lite will be available yet, nor how much they'll cost. Despite today's announcement, there's still a lot about these phones we don't know, which why we'll be digging into them at CES.

Source: Samsung (1), Samsung (2)
In this article: ces2020, gear, mobile, Note10 Lite, S10 Lite, samsung
All products recommended by Engadget are selected by our editorial team, independent of our parent company. Some of our stories include affiliate links. If you buy something through one of these links, we may earn an affiliate commission.