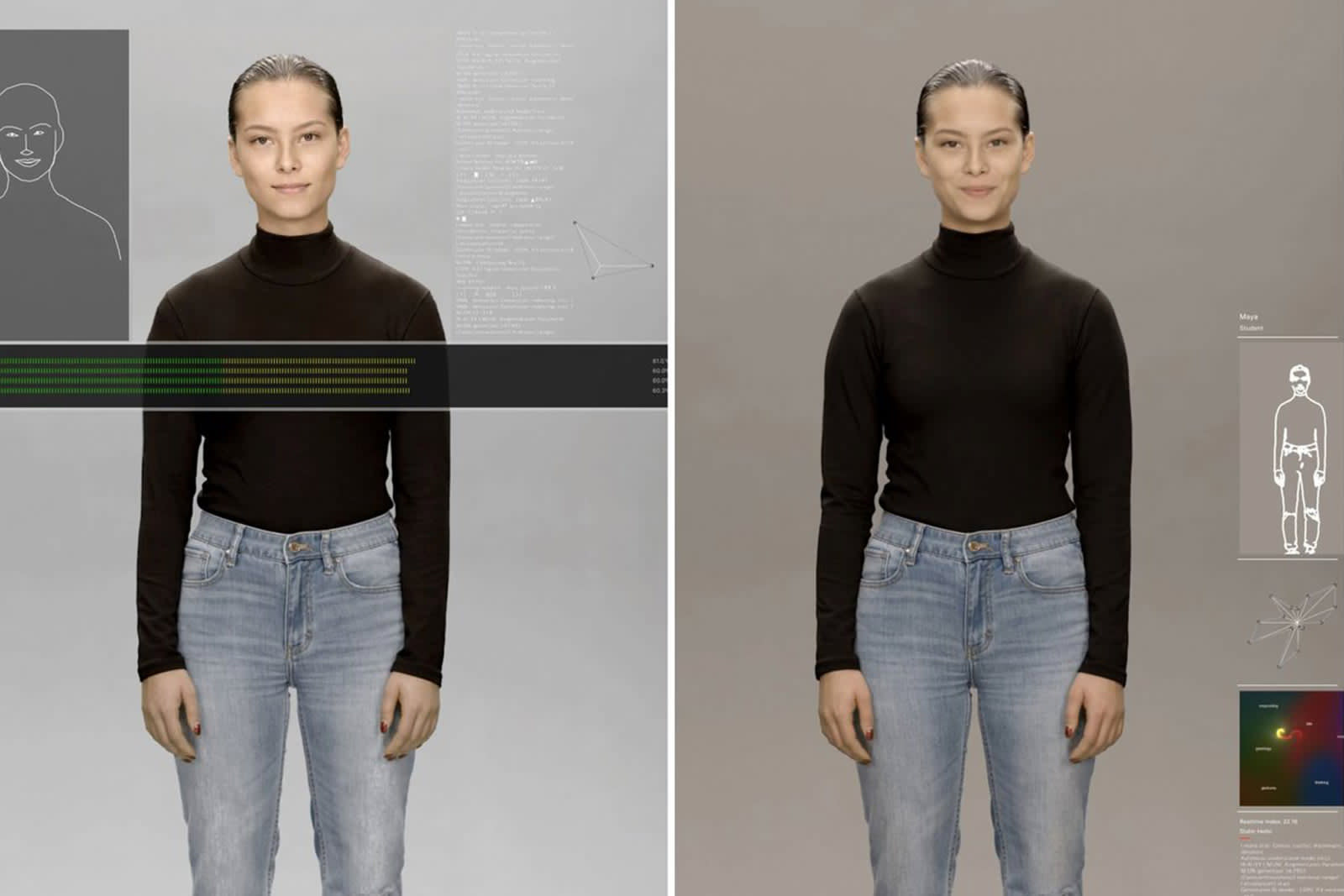 Samsung has been drumming up hype for its Neon 'artificial human' project, and now it's clearer as to what that initiative entails. Project lead Pranav Mistry has posted a teaser effectively confirming that Neon is nothing less than an effort to create lifelike avatars. The digital beings are based on "captured data," but can generate their own expressions, movements and sayings in multiple languages. While the static image doesn't reveal much more than that, some recent discoveries help fill in the gaps.

A series of videos unearthed by Reddit users and compiled by Good Content (below) appears to offer more detail. In at least one case, Samsung appears to have captured an actor's likeness and voice to use those as the starting point for a Neon avatar -- the appearances and expressions are realistic because they're initially based on real people. When it comes to their practical purposes, Mistry hinted in a recent LiveMint interview that digitally produced humans like these could serve as a "virtual news anchor, virtual receptionist, or even an AI-generated film star." They'd put a warmer, more accessible face on AI assistants that might otherwise seem cold and robotic.

There are many remaining questions. Are these 3D avatars, or just cleverly-manipulated 2D? Just how much autonomy do they have? And when might people see Neon in the real world? Samsung is expected to say more at CES on January 6th, although it's not certain that you'll get as many answers as you might like.

In this article: ai, artificial human, artificial intelligence, bestofces2020, ces2020, core r3, gadgetry, gadgets, gear, neon, personal computing, personalcomputing, pranav mistry, robots, samsung, uncanny valley, video
All products recommended by Engadget are selected by our editorial team, independent of our parent company. Some of our stories include affiliate links. If you buy something through one of these links, we may earn an affiliate commission.