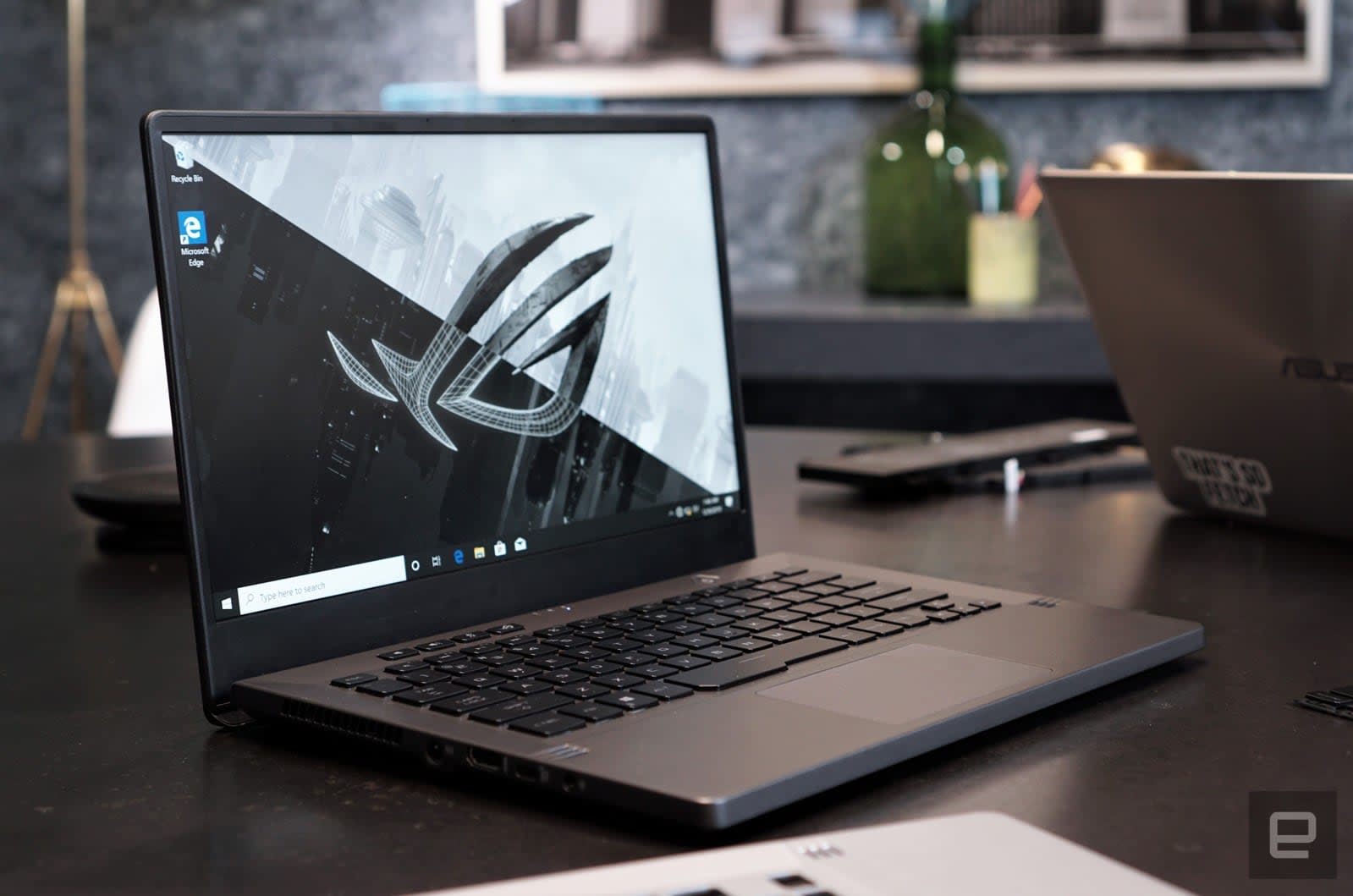 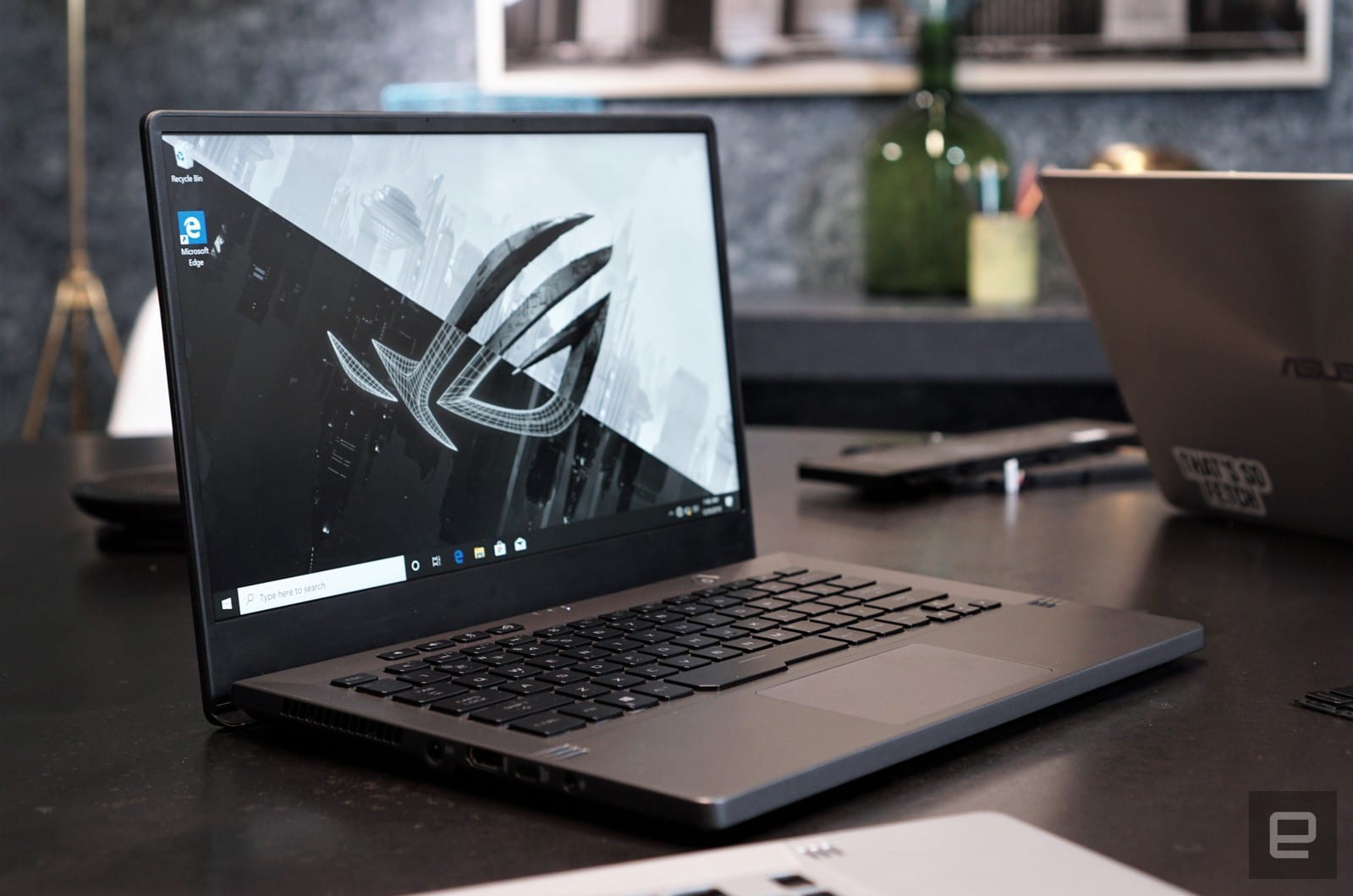 ASUS has been pushing the limits thin gaming laptops since the first Zephyrus model. Now with the Zephyrus G14, it's reached another milestone: stuffing NVIDIA's RTX 2060 Max-Q GPU in to a 14-inch notebook. It's a scant 17.9 millimeters thick and weighs just 3.5 pounds, a bit more than a standard 13-inch ultraportable. And for something completely new, it features ASUS' AniME LED Matrix, a set of programmable LEDs on the cover that can display whatever pixelated images and text you'd like. (And yes, it can even handle animated GIFs.) The Zephyrus G14 includes Ryzen 7 processors instead of Intel chips, which is a strange sight alongside an NVIDIA GPU. The laptop can even be configured with custom eight-core Ryzen chip, which runs a bit slower than the standard version to fit into its slim case. As for the screen, you can choose from a 1080p 120Hz panel or a 1440p screen at 60Hz. 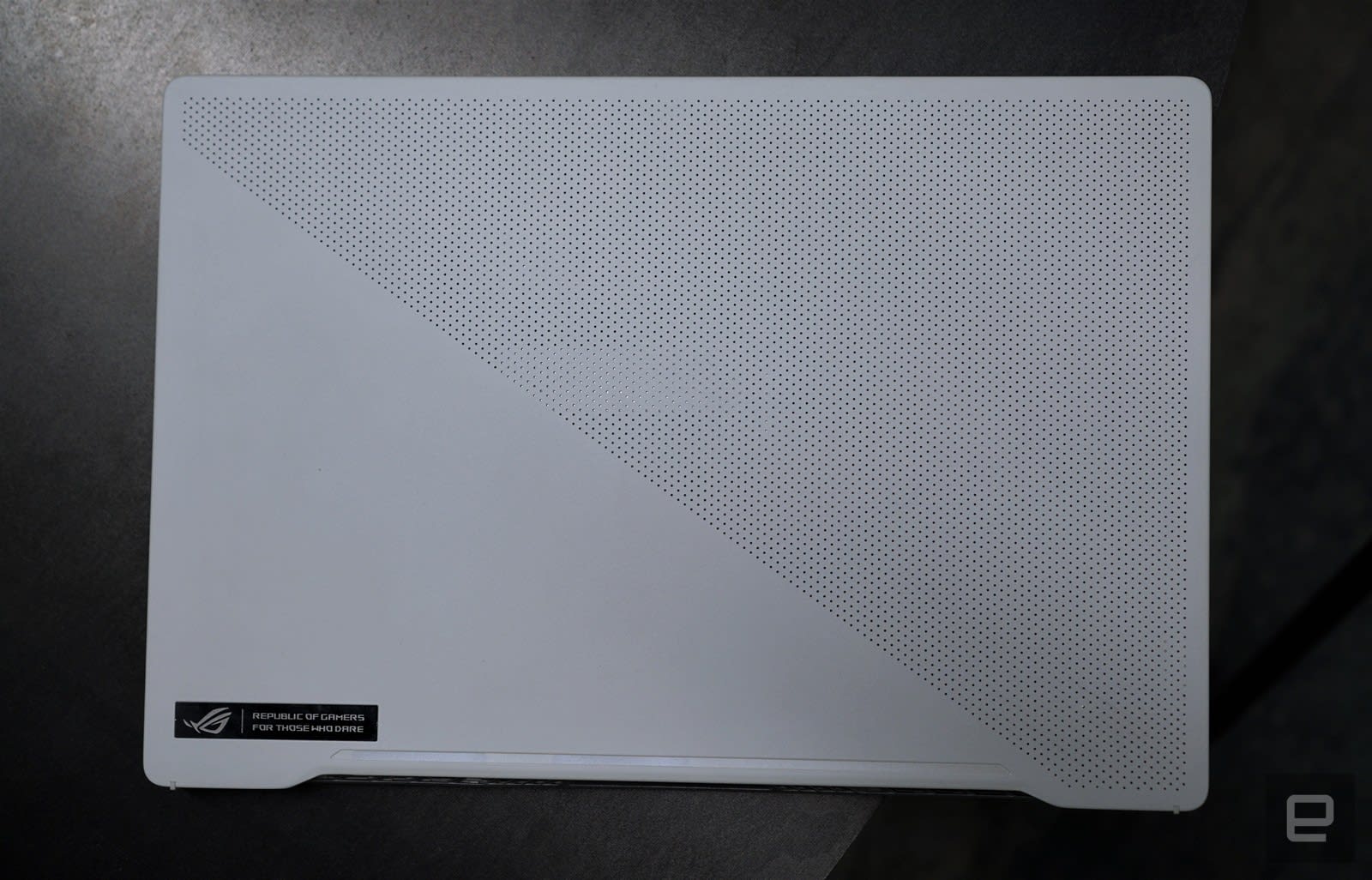 The G14 also supports AMD's FreeSync technology, which synchronizes the framerate and refresh rate. Ironically enough, the integrated Radeon graphics in the Ryzen CPU also helps the NVIDIA GPU work with FreeSync. Basically, you'll get a similar experience to NVIDIA's G-SYNC technology, without the cost of adding that in.

If you're looking for a slightly bigger screen, and don't mind a heavier laptop, there's also the new Zephyrus G15. It weighs 4.6 pounds, but it can also fit in a much zippier 240Hz 1080p display. It's impressive, but also fairly typical with what we've seen from similarly sized gaming notebooks over the last year.

There's no pricing or availability for the Zephyrus G14 and G15 yet, but we'd expect to see them within the coming months.

In this article: asus, CES2020, gadgetry, gadgets, gaming, gear, personal computing, personalcomputing, Zephyrus G14. gaming laptops
All products recommended by Engadget are selected by our editorial team, independent of our parent company. Some of our stories include affiliate links. If you buy something through one of these links, we may earn an affiliate commission.