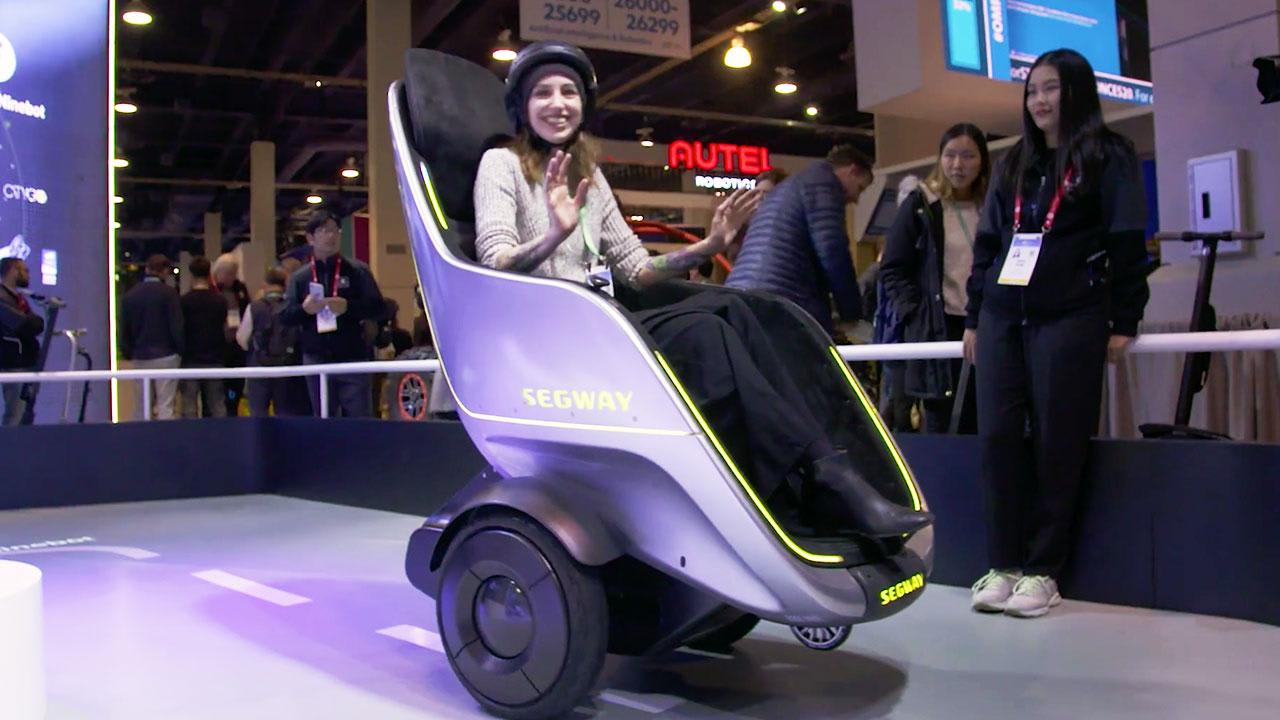 Yes, the Segway S-Pod looks a lot like the floating chairs that future humans use in Wall-E. Ok, that's out of the way.

The Segway S-Pod is a vehicle designed for future smart cities, when cars are less common but folks still need to get around comfortably. The pod itself is suspended between two wheels, giving the entire chair a floaty feel when you're nestled in its suede seat. It's controlled with a flat, round joystick on the right armrest: press it in the direction you want to travel and release it to brake. Holding the joystick all the way in one direction makes the chair spin (whee!).

Segway showed off the S-Pod at CES and I took it for a ride around a short track, helmet and all. It was smooth -- the joystick is sensitive and it doesn't take much for the pod to shoot forward, but once you've dialed in the correct amount of pressure, it moves like butter and turns easily. The chair automatically slows down just a little bit as it turns.

The CES model was capped at 7mph, but the final version will hit speeds of 24mph. It'll travel up to 43 miles at a time, and it takes just two hours to fully charge. The S-Pod is scheduled to launch commercially at the end of the year, with a consumer version coming soon after. There's no word on price just yet.

In this article: ces2020, egg, hands-on, personal computing, personalcomputing, robots, scooter, segway, segway s-pod, tomorrow, transportation
All products recommended by Engadget are selected by our editorial team, independent of our parent company. Some of our stories include affiliate links. If you buy something through one of these links, we may earn an affiliate commission.