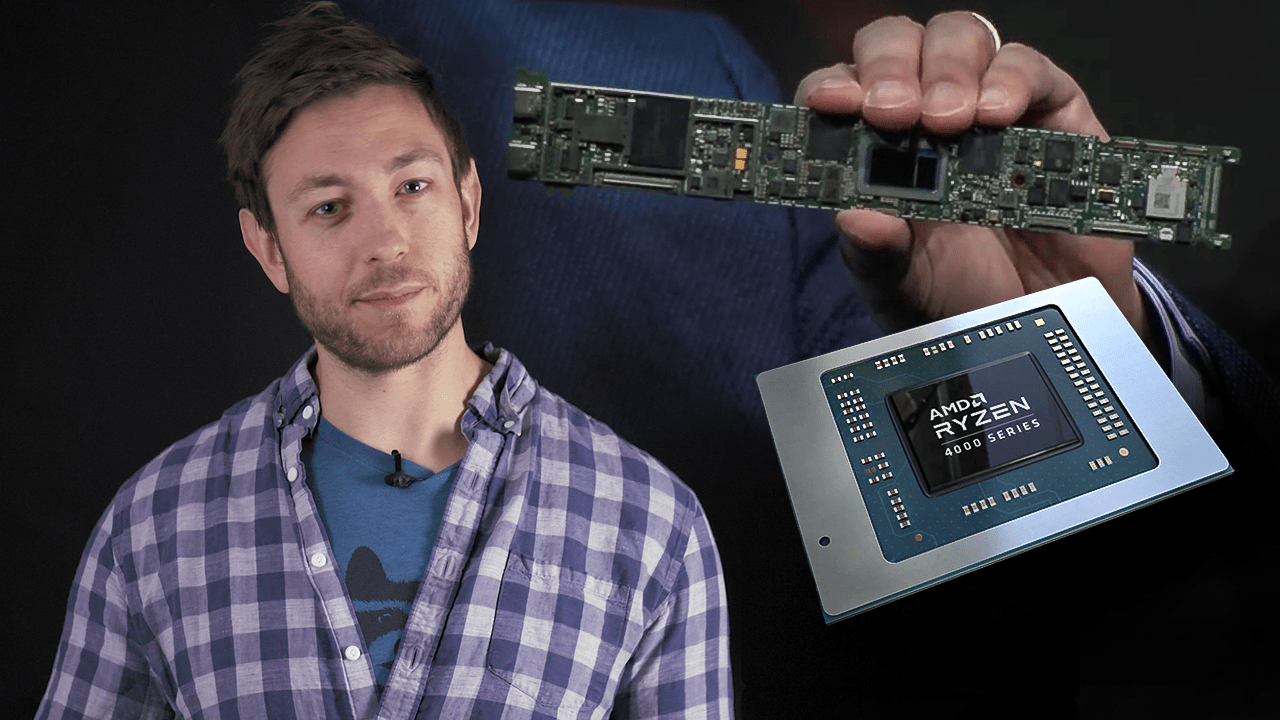 Aside from a few laptop launches, recently CES hasn't brought much computer news. AMD seems intent on changing that, launching the Radeon VII last year, and this year announcing a slate of new mobile processors. While AMD's chips may be changing the desktop landscape, bringing eight, twelve, and now sixteen cores processors within reach of the average desktop user, they've struggled in the mobile space.

Put simply, AMD's current desktop chips are too slow, use too much power, and were a generation behind the minute they launched.

But now at CES AMD CEO Lisa Su announced their 4000 line of mobile processors, which promise double the performance per watt of its current lineup (critical for mobile chips). AMD's own benchmarks, which admittedly must represent a best-case scenario, show its 15-watt low-power chips trading blows with Intel's 1065G7 laptop chip -- which currently powers the Dell XPS 13. AMD says its new 4800U should be 4% faster in single-core performance, but a staggering 90% faster in multicore benchmarks.

This is partly down to the 4000 line finally offering eight-core 16-thread chips suitable for thin-and-light machines. These chips have typically topped out at six cores, so cramming two more processors into the same power envelope is certainly an accomplishment.

On the high-end side, AMD is claiming their 45-watt 4800H should be around 10% faster than Intel's 95-watt i7-9700K desktop chip. This claim is incredible enough we'll want to test it to be sure, but if so it could usher in an era of seriously fast mobile gaming and media machines.

Intel, for their part, only teased new products. They will also be offering a new line of 45-watt high performance mobile chips, based on their 14nm "Comet Lake" architecture. Intel says the i7 line of these chips will boost to 5GHz, and there will be an i9 version that will go "even higher." Intel hasn't even released a desktop chip with boost speeds above 5GHz yet, so this could be seriously fast, especially for a mobile chip.

Intel also showed their upcoming "Tiger Lake" line of processors, which will pair an updated version of their 10nm mobile chips with their long-awaited Xe graphics architecture, potentially doubling the graphics performance of their mobile chips. The rumored standalone Xe graphics card also got a name, the "DG1".

If the past few years have seen desktop and high performance computing leap ahead, the next year could see similar gains for mobile chips. Check out the video for a full rundown of what's new for PCs at CES.

In this article: amd, ces 2020, ces2020, engadgetupscaled, gear, intel, personal computing, personalcomputing, video
All products recommended by Engadget are selected by our editorial team, independent of our parent company. Some of our stories include affiliate links. If you buy something through one of these links, we may earn an affiliate commission.