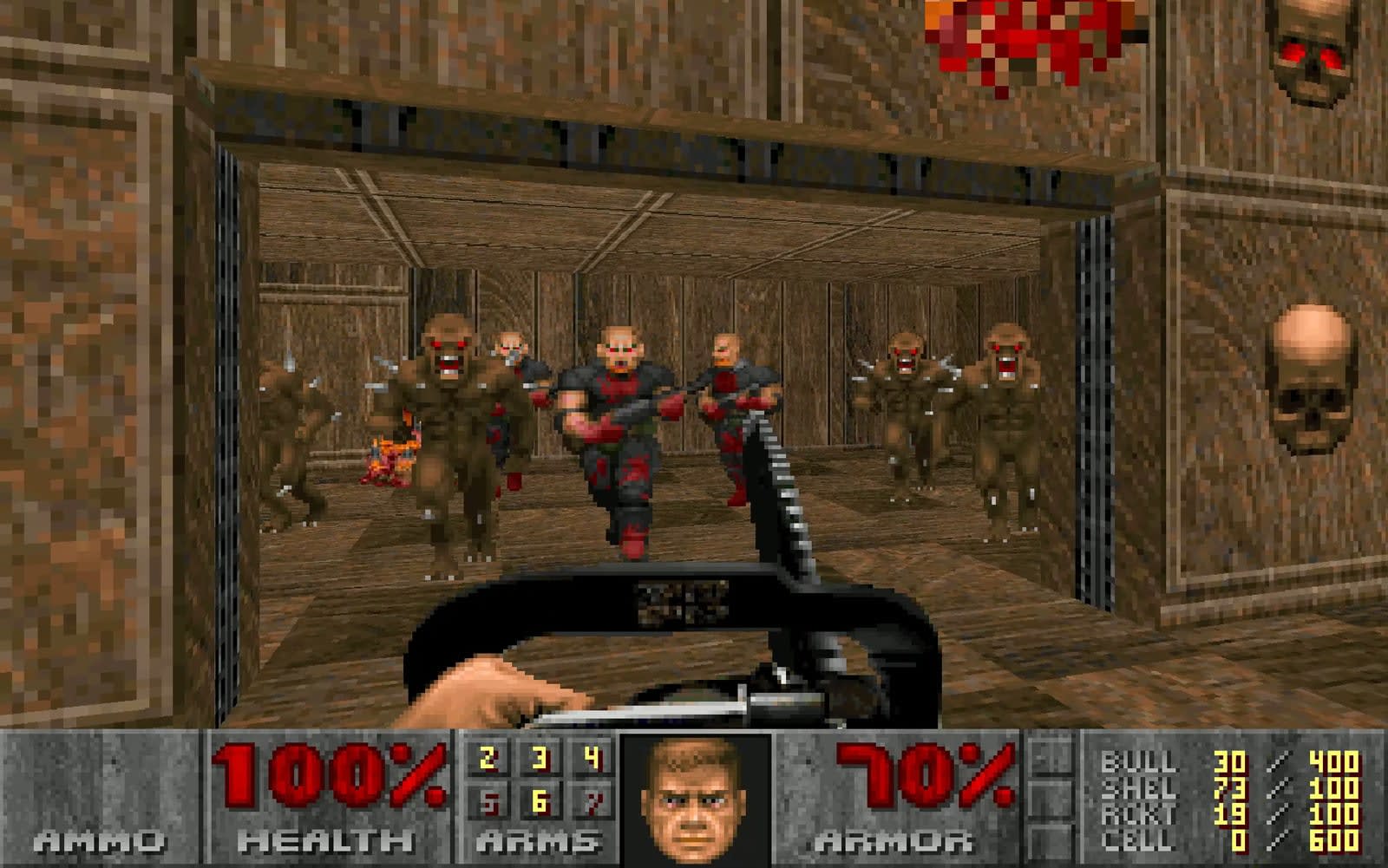 Bethesda's re-releases of the first two Doom games are about catch up to the originals in key areas -- and in a few ways, surpass them. The id Software titles are receiving updates that, among other things, introduce support for add-ons -- yes, even on mobile. This doesn't mean you can load in any old WAD file on consoles, but it will work for Android and PC players -- and everyone will get a mix of official and unofficial add-ons. The initial selection includes the two Final Doom mods (The Plutonia Experiment and TNT: Evilution), No Rest for the Living and John Romero's Sigil. Other packs will be available on a "regular basis."

Most add-ons will be limited to the particular game they're built for (the Final Doom mods are an "exception"). However, you'll be glad to hear that the developers are lifting engine limitations to allow for MegaWADs, and they're even introducing real-time MIDI playback to preserve the custom music in some mods.

There are some notable practical improvements beyond this. Both Doom titles now run at 60 frames per second on all platforms instead of the earlier 35FPS. There's an aspect ratio option to match the 4:3 output of the original game. You can quick save (and quick load) if you're worried you won't survive an encounter. Level select lets you skip to a favorite map. And if you're playing on a device with a gamepad, quick weapon select and a weapon carousel will help you quickly switch to the gun you need.

In many ways, this upgrade is as much about preserving the spirit of Doom as it is enticing modern gamers. The initial releases are widely credited with nurturing the very concept of game add-ons -- it'd be difficult to convey this to a new generation of players if they were forced to play the built-in levels and nothing else.

Source: Bethesda
In this article: android, av, bethesda, doom, doom 2, doom ii, games, gaming, id software, ios, john romero, mobile, personal computing, personalcomputing, ps4, sigil, switch, video games, xbox one
All products recommended by Engadget are selected by our editorial team, independent of our parent company. Some of our stories include affiliate links. If you buy something through one of these links, we may earn an affiliate commission.