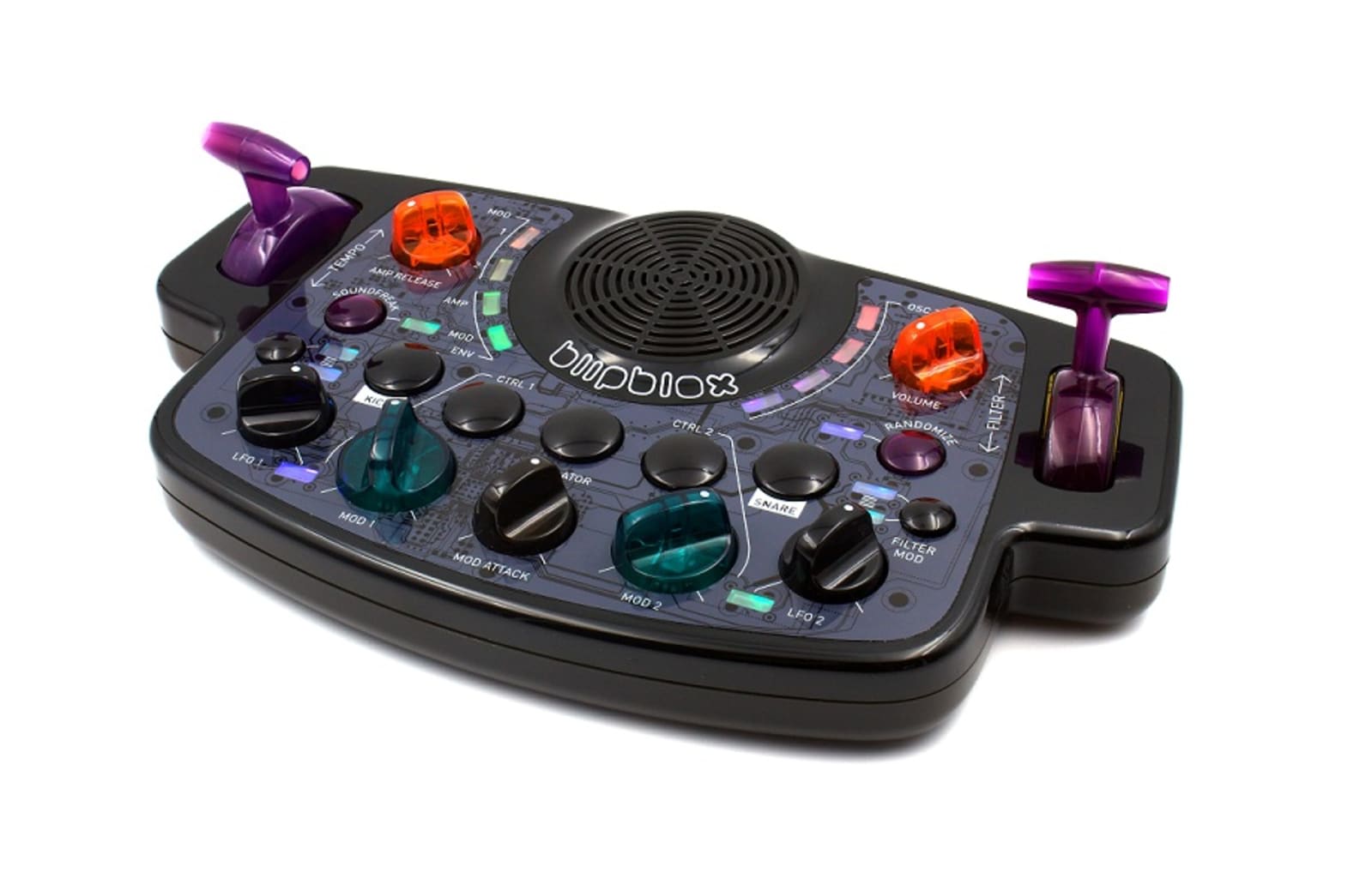 Blipblox made something of a name for itself creating a synthesizer for kids. But the brightly-coloured, big-buttoned device -- with a surprisingly robust digital synth engine under its hood -- has proven such a success with adults that the company has made a grown up version: Blipblox After Dark.

Aimed at pre-teens, parents and even professional producers, this one is designed for synthesizer enthusiasts that dig that simple and intuitive stylings of the original Blipblox, but don't want to look like they're playing with a kid's toy. The chunky buttons, plastic knobs and crazy lights are there, but the whole device has been given a darker, more mature makeover.

And its electronics and software have been given an age-appropriate makeover, too. There's an advanced multimode resonant filter, multi-tap stereo delay, new kick and snare samples, plus new oscillator modulation schemes to take advantage of 256 custom wavetables. And of course there's a MIDI input for an external keyboard or sequence controller.

Blipblox After Dark costs $199 -- just ten bucks more than the release price of the original Blipblox. This is a pretty modest mark-up considering the advanced tech this one contains, not to mention the aesthetics that wouldn't look too out of place on a nightclub stage. It's slated for release later this year.

In this article: audio, av, Blipblox, Blipblox After Dark, gear, music, NAMM, NAMM2020, Synthesizer
All products recommended by Engadget are selected by our editorial team, independent of our parent company. Some of our stories include affiliate links. If you buy something through one of these links, we may earn an affiliate commission.