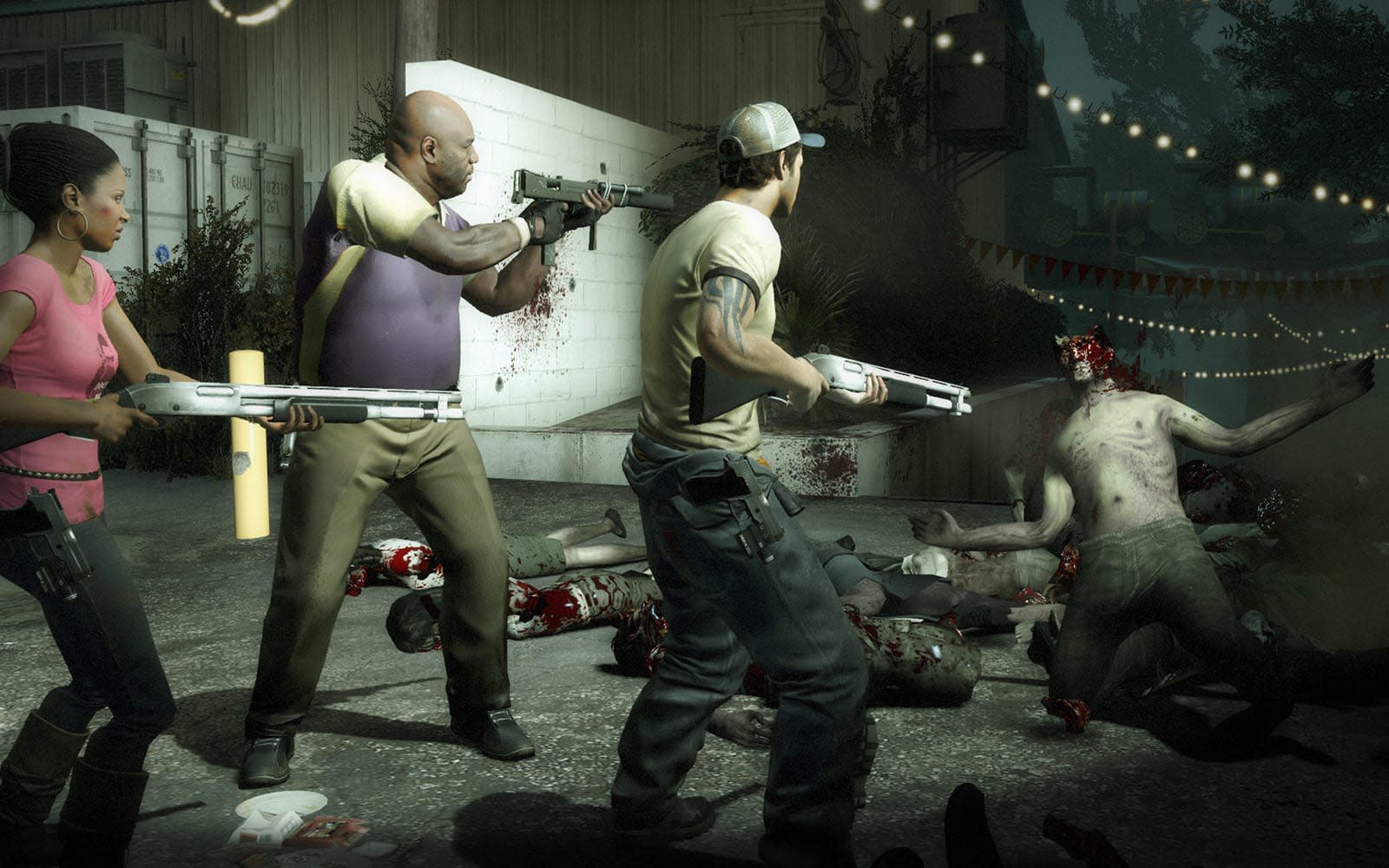 An HTC executive is learning first-hand about the dangers of making unsupported statements in your presentations. Valve has rejected speculation that it's working on a third Left 4 Dead game after Alvin Wang Graylin, HTC's president for Vive in China, posted a slide claiming that "LFD3" (along with Half-Life: Alyx) would spur demand for VR in 2020. The developer's staff are "absolutely not working on anything L4D related now, and haven't for years," according to a statement to IGN. While Valve did "briefly" look at a next-gen version of the co-op shooter a few years prior, there's nothing in the works now.

The company speculated that people were "having fun creating misinformation" to fire up the community. There have been other rumors, including Valve News Network's claim that it had leaked L4D3 concept art and screenshots.

This is bound to be disappointing news if you have fond memories of L4D's desperate escapes, last-minute rescues and valiant last stands. Valve clearly sympathized with gamers by saying that it "unfortunately" wasn't working on a sequel, though. And look at it this way: you're probably doing pretty well if you have to 'make do' with a new Half-Life game.

A few slides from my talk tonight... pic.twitter.com/bHegijjZW1

In this article: av, games, gaming, htc, left 4 dead, left 4 dead 3, personal computing, personalcomputing, valve, video games, vive
All products recommended by Engadget are selected by our editorial team, independent of our parent company. Some of our stories include affiliate links. If you buy something through one of these links, we may earn an affiliate commission.