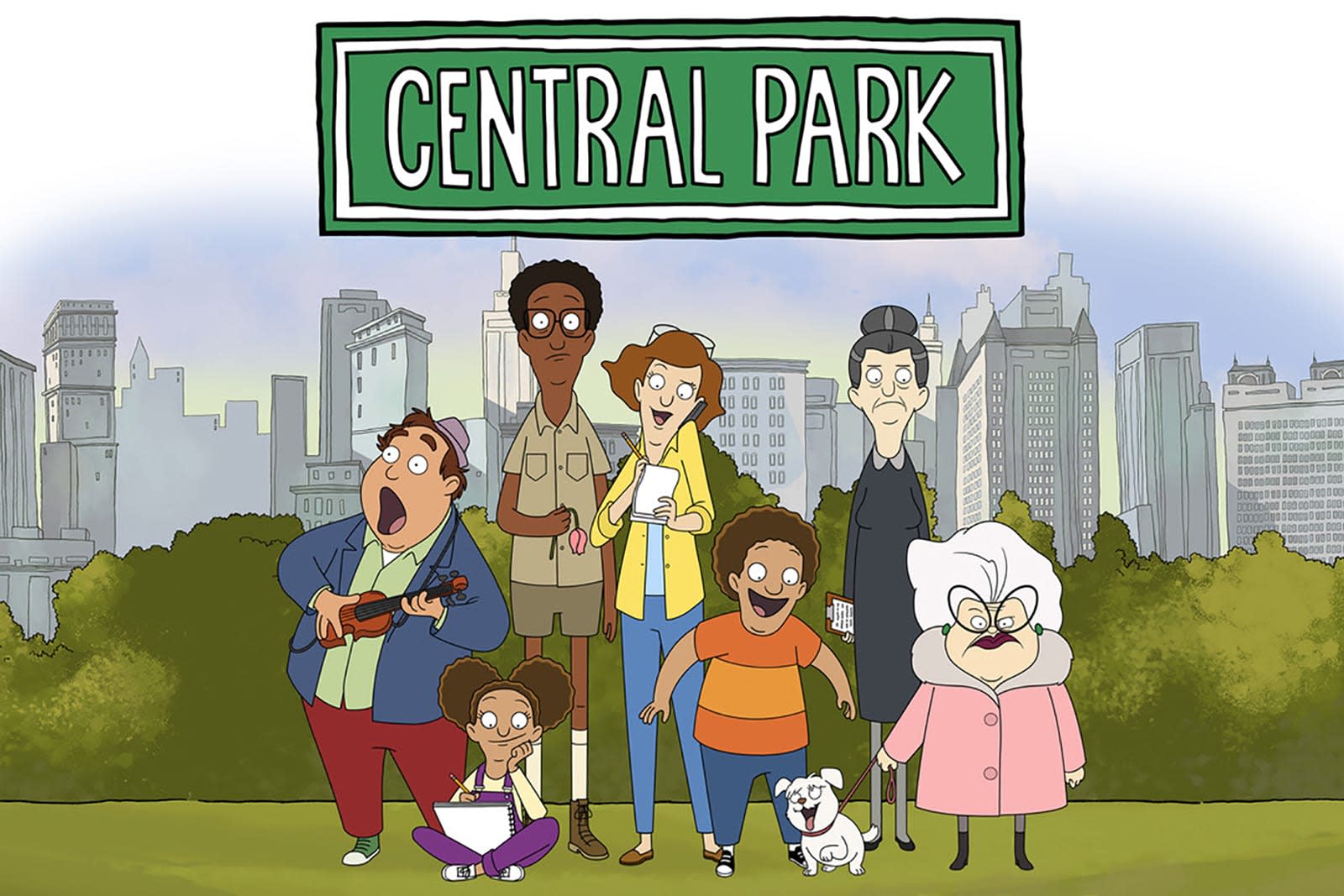 Apple is determined to pump up its TV+ service mere hours before the Screen Actors Guild Awards. It started by unveiling Central Park, an animated musical comedy series from Bob's Burgers creator Loren Bouchard, fellow BB producer Nora Smith and Frozen's Josh Gad (who also helps produce). The series follows a family who lives in a castle in New York City's legendary park while resisting pressure from an heiress who wants to turn the greenery into condos.

The company has only narrowed the release down to "summer," but you can already expect a star-studded cast. On top of Gad, you can also expect voice-overs from Hamilton alumni Daveed Diggs and Leslie Odom Jr. as well as Kristen Bell, Tituss Burgess, Kathryn Hahn and Stanley Tucci.

To top this off, Apple is continuing its streak of renewing its early shows. The tech giant has ordered second seasons for both the young investigator series Home After Dark as well as its gaming-themed Mythic Quest before their respective April 3rd and February 7th debuts. It's not completely surprising that Apple would renew either series when the TV+ roster is still relatively thin, but it still shows a degree of confidence in these productions. And Apple needs that right now -- TV+ is young enough that any bombs would reflect poorly on the service as a whole.

Source: Apple (1), (2), (3), (4), (5), (6), (7)
In this article: amazing stories, apple, apple tv+, central park, entertainment, home, home after dark, internet, loren bouchard, mythic quest, mythic quest: ravens banquet, services, streaming, television, trying, tv
All products recommended by Engadget are selected by our editorial team, independent of our parent company. Some of our stories include affiliate links. If you buy something through one of these links, we may earn an affiliate commission.