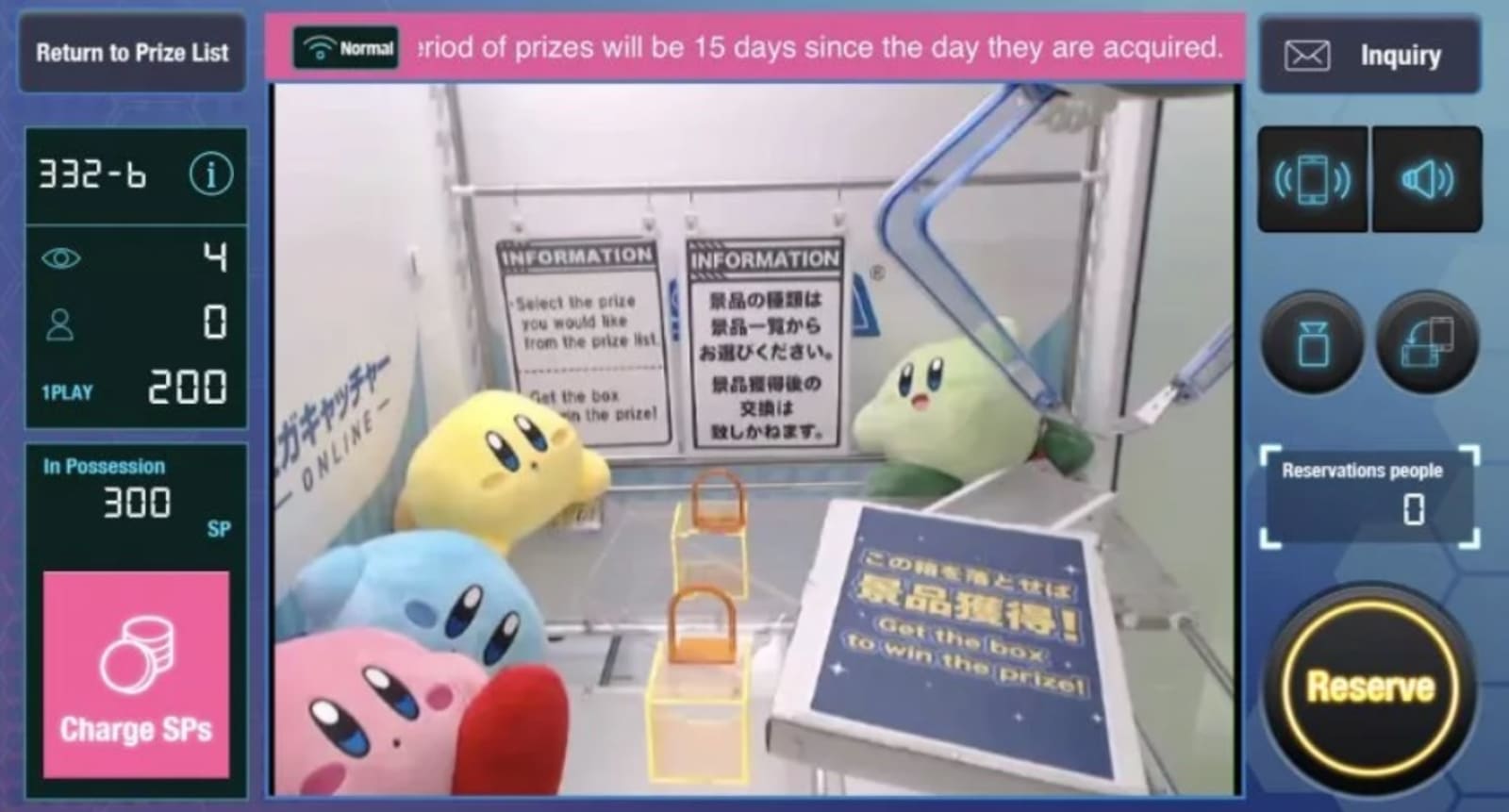 If you've ever wanted to play around on a claw machine without all the hassle of leaving your house -- or even standing up -- technology has come through for you. Sega has launched a new mobile apps, Sega Catcher Online, that lets you do exactly that: play on a real life claw machine (also known as UFO catchers) via a video feed on your phone. Also, the machine is literally located in Japan, and if you win something it'll be delivered to you free of charge -- but that doesn't mean you don't have to pay to win.

Prizes include plushies, pillows, towels and other anime-based collectables, and a go on the machine costs between 100 and 200 Sega Points -- 130 points will cost you two bucks, although you can buy more at a discount (you can practice for free). You can also earn points for other activities, such as logging in regularly, linking your phone and so on. According to Sega, it'll take around a week for your hard-won bounty (because let's be honest, it's never as easy as it looks) to be delivered to the US. You can get one delivery for free each week, or pay for extra deliveries with in-game currency.

It's not a completely novel idea -- the very similar Akiba Catcher has been around for a while, for example. But with Sega's branding, and the fact it's available to play outside Japan, it's an idea that could become a bit more mainstream. The freemium title came to PC and Mac last year, but launches on iOS and Android devices in the US today.

Via: Polygon
Source: Sega Catcher
Coverage: Sega Catcher Online: App Store, Google Play
In this article: Android, anime, claw machine, collectables, design, entertainment, freemium, gadgetry, gadgets, gaming, iOS, Japan, mobile, Sega, Sega Catcher Online, UFO catcher
All products recommended by Engadget are selected by our editorial team, independent of our parent company. Some of our stories include affiliate links. If you buy something through one of these links, we may earn an affiliate commission.