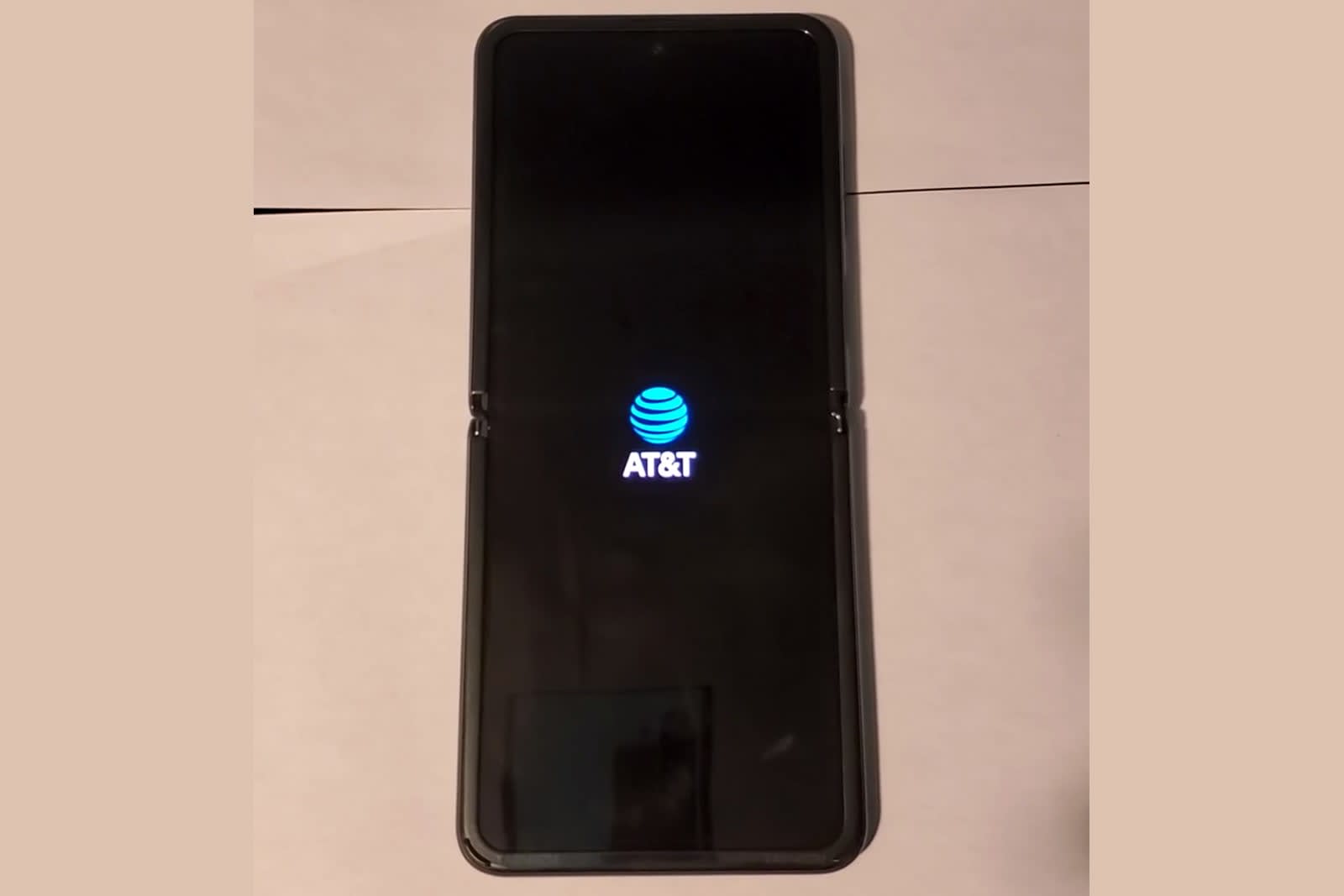 If our earlier photos of the Galaxy Z Flip weren't enough, don't worry -- yet another leak appears to have shed more light on Samsung's next foldable phone. GreatDeals SmartPhones has posted a video exploring the clamshell device while providing more details in the process. To begin with, the Z Flip appears destined for the US with a conspicuous AT&T logo during the startup process. While there was a good chance the phone would come to the US (just as the Fold did), this seems to remove what little doubt was left.

The clip also seems to substantiate a number of other claims about the Z Flip, including its use of a Snapdragon 855+ chip, a 6.7-inch screen with an unusual 2,636 x 1,080 resolution and 256GB of built-in storage. And yes, you can continue using the phone if it's partly bent. It's also expected to have 8GB of RAM, two rear cameras, a lone hole-punch front camera and a 1-inch external display. There wouldn't be microSD expansion or a headphone jack.

You might see the Z Flip debut as soon as Samsung's Unpacked event on February 11th, and previous murmurs have suggested the foldable might be available (or at least, go up for pre-orders) as soon as the 14th. With that said, we wouldn't rule out a later introduction to avoid stealing the Galaxy S20's spotlight.

Via: SamMobile
Source: GreatDeals SmartPhones (YouTube)
In this article: android, att, foldable, foldable phone, galaxy z flip, gear, mobile, samsung, smartphone, verizon, video
All products recommended by Engadget are selected by our editorial team, independent of our parent company. Some of our stories include affiliate links. If you buy something through one of these links, we may earn an affiliate commission.