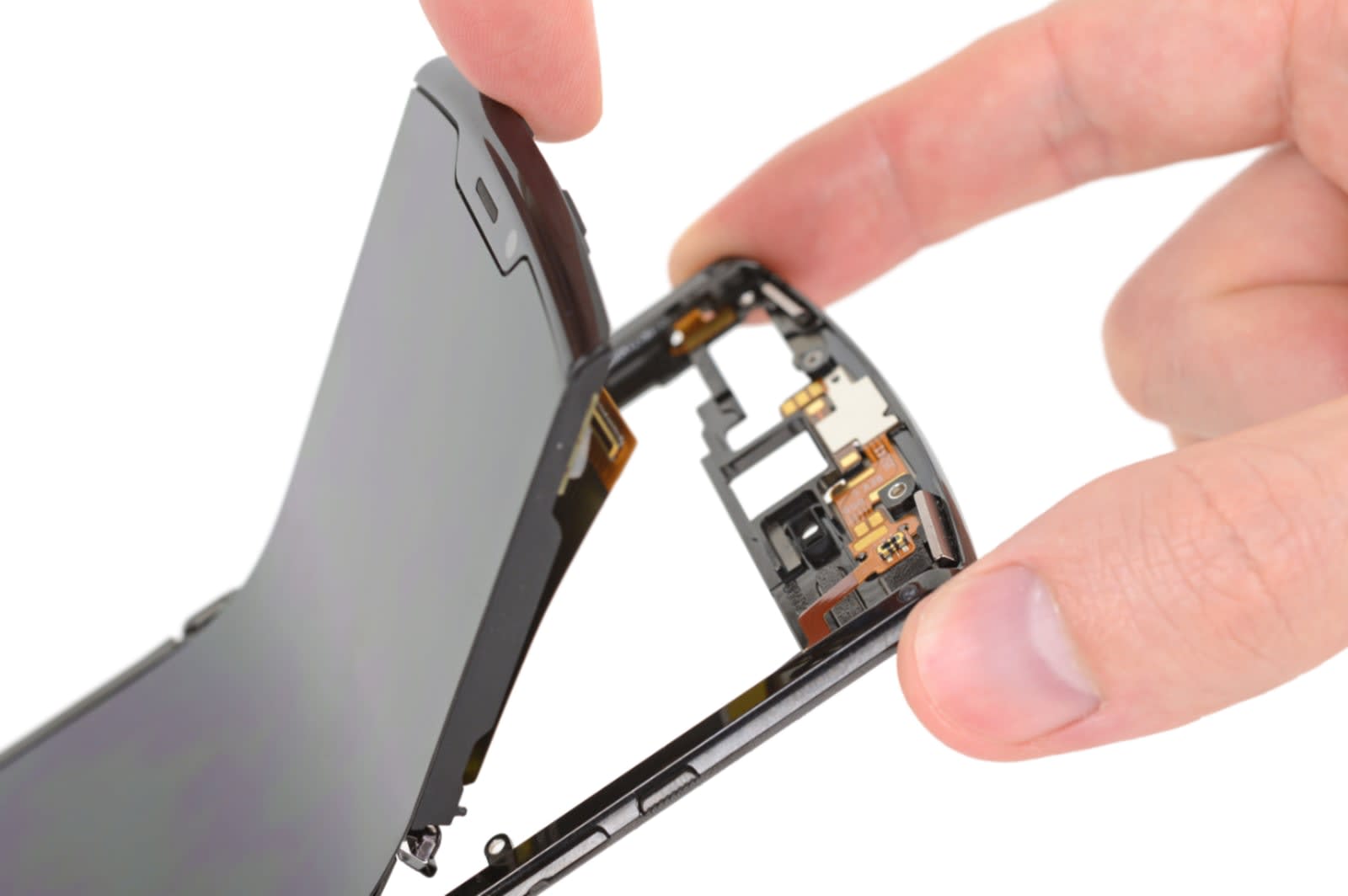 Motorala's contemporary take on the Razr has been quite publicly panned by testers. CNET, for example, wanted to see if the device could withstand 100,000 folds -- it only made it to the 27,000th fold before it started showing problems (which Motorala has subsequently defended). With foldable smartphones still far from the norm, consumers are understandably wary of making such a sizeable investment in something that's still relatively unpredictable. If it goes wrong, how much of a hassle will it be to repair? And in the case of Motorola's Razr, the answer is "a big one," according to iFixit's recent teardown.

The appeal of the stylish (albeit bulky) device lies in its foldable novelty, so this is the obvious point of focus. The teardown reveals small gaps between the phone's hinge and display on each side. Similar gaps, iFixit says, to those that contributed to the demise of some of the first Galaxy Folds. But as the team notes, the gap only appears midway through the folding action, so it may be no cause for concern. For $1,500, that's an expensive risk to take, though.

Disassemblers will need to watch out for the fingerprint sensor cable next to the home button, which could easily be torn, and also be mindful of the mountains of glue that Motorola has apparently used on this model. The motherboard requires some heavy-handed excision, and you'll have to be careful when it comes to removing the batteries, which appear to be stuck to the pOLED display sheet -- not ideal. In fact, iFixit says it's the most "complicated phone-based contraption" it's ever taken apart.

As such, the team gives the Motorola Razr a repairability score of... one. Out of 10. So this is not the device for anyone looking to get under the hood of their smartphone on the reg. That said, though, iFixit does concede that "bringing this impossible gizmo into existence was such a tall order that we're surprised serviceability didn't make it into v1.0." As foldable phones slowly gain traction with consumers, though, manufacturers will hopefully figure out a way to make them more easily repairable -- especially considering the prices they're charging for these devices. Read the complete iFixit teardown here.

Source: iFixit
In this article: design, foldable, gadgetry, gadgets, gear, glue, iFixit, mobile, Motorola, Razr, teardown
All products recommended by Engadget are selected by our editorial team, independent of our parent company. Some of our stories include affiliate links. If you buy something through one of these links, we may earn an affiliate commission.