OnwardMobility wants its first phone to be a super-secure "global flagship."

BlackBerry faithful were dealt a harsh blow earlier this year when TCL, the biggest company to build phones for the brand, said it would stop. That left enthusiasts clinging to their KEY2s, wondering about would-be replacements, and raising glasses to the good old days — at least until an upstart Texas outfit announced plans to pick up where TCL left off.

OnwardMobility was incorporated in Austin as Onward88 in late 2018 by CEO Peter Franklin, and the startup has spent the years since piecing together an executive team and a strategy for making BlackBerry phones relevant in a 5G age. The announcement of its licensing deal with BlackBerry and Foxconn subsidiary FIH Mobile this week was very much the company's coming-out party, but it also raised a handful of big questions: Who are these people? Is this a B2B play? What's the new BlackBerry going to cost? And perhaps biggest of all, is this going to be the BlackBerry that fans have longed for?

In a conversation with Engadget, Franklin was eager to address some of these questions. And even when he declined to provide specifics, he laid out an ambitious — and in some ways surprising — vision for the BlackBerry of the near future.

The original plan, according to Franklin, was to build the "the most secure phone out there." That's the sort of angle that opens doors, but doesn't usually translate to mass-market success. Over time, however, the team's priorities came to include productivity, as evidenced by the number of times the word plastered on the OnwardMobility website. For now, the specifics are still shrouded in secrecy; Franklin wouldn't elaborate on the new BlackBerry's  features apart from noting that the phone will pack "tons of unique experiences" and "security propositions." Still, that newfound focus on getting things done helped widen the project's scope considerably.

While OnwardMobility is eager to push new hardware at business and government customers, Franklin has committed to building this new phone with normal consumers in mind. "The only way to be successful with government and enterprise is if consumers want to use it too," he said. "If your company makes you use this phone and you don't like it, that's not where we want to be."

But here's the thing: OnwardMobility's definition of a phone consumers want to use seems totally different from TCL's, or any of BlackBerry's earlier licensing partners. Franklin describes the device the company plans to ship in the first half of 2021 as a consumer-first "global flagship" (his words, not mine) with a "world-class camera" and support for both sub-6 and mmWave 5G networks. And then there's the keyboard. OnwardMobility confirmed in its press release that the new BlackBerry would indeed have a physical keyboard, but Franklin — a fan of the classic Bold 9900 — wouldn't elaborate much on the phone's design.

Of course, that might be because the design isn't set in stone. According to Franklin, the team is collaborating closely with its partner FIH Mobile and has strong opinions about the device it wants to make, but still craves feedback. "We want to hear from the users," he said.

With all that said, there is at least one aspect of BlackBerry production that Franklin seems especially adamant about. Security remains the biggest priority for OnwardMobility, and a big part of fully securing a smartphone in 2020 is securing its supply chain. That's an exceptionally tough feat when you consider the lion's share of the world's hardware production happens within Chinese borders. FIH Mobile, Onward's manufacturing partner, knows that all too well. While its parent company Foxconn is headquartered in Taiwan, most of its smartphone production happens across multiple factories in Shenzhen.

Not so for the BlackBerry: Franklin insists that the company's forthcoming phone will be manufactured completely outside of mainland China. If that pans out, the likeliest candidates would be FIH's facilities in Vietnam or India; the company has been boosting production capacity there as trade friction between the US and China continues to build. Producing a phone outside of China is one thing, but Franklin seems to be chasing an even more ambitious goal. "We want to be the most American-made phone out there," he said. "The specifics of that and how we're enabling that are to come." 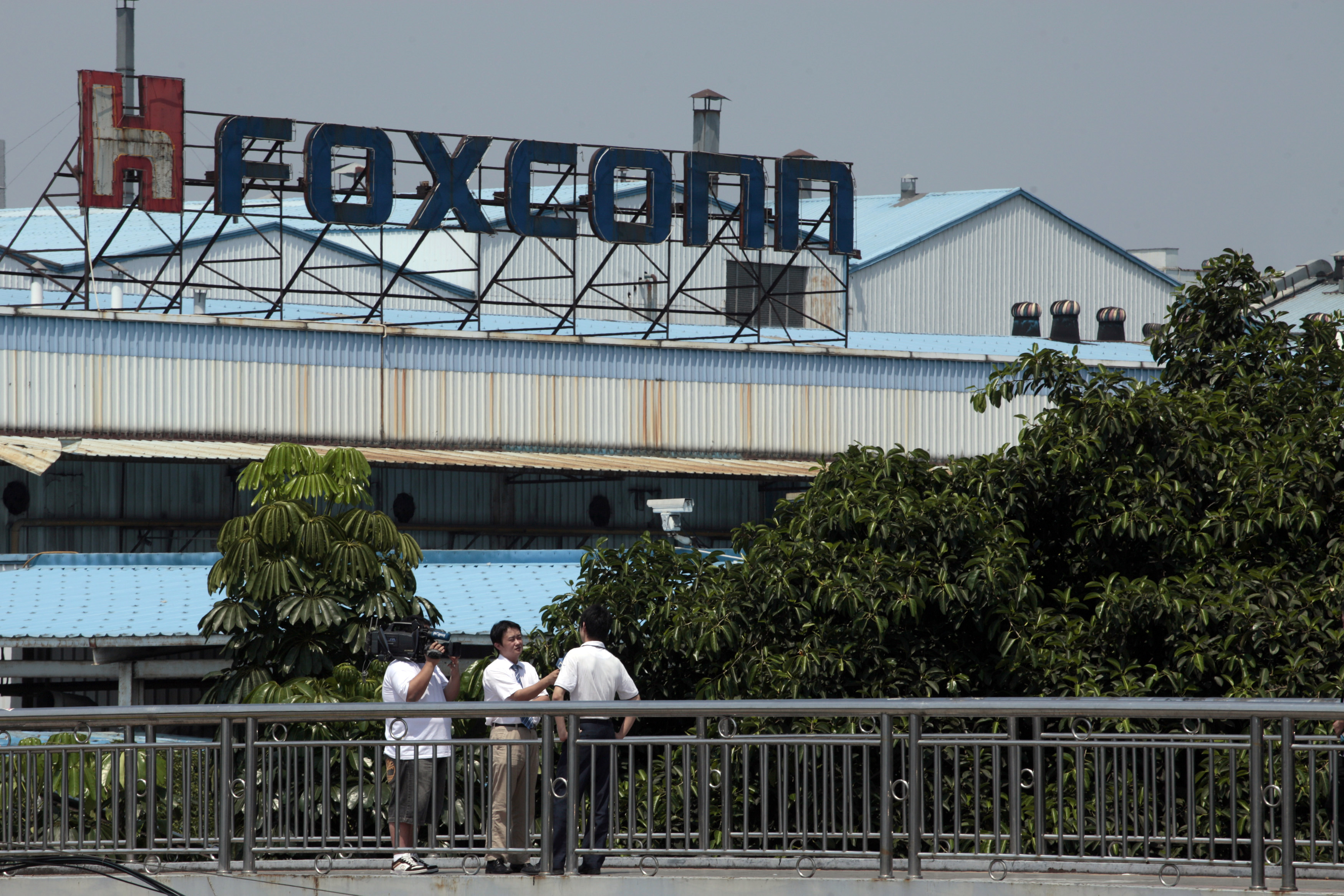 For now, it's unclear if the team intends to use more components sourced from US companies, or if OnwardMobility plans to push FIH to manufacture these phones closer to home. (The closest FIH production facility to the United States is in Chihuahua, Mexico, less than 250 miles from the US board. Parent company Foxconn also owns a massive plant in Wisconsin, though it's largely geared toward manufacturing LCD panels and components for servers.) Perhaps the final plan involves a bit of both, or neither; all Franklin will say for now is to stay tuned.

The idea of a mostly "American-made" phone will help Onward curry favor with the government and businesses hardening their infrastructures, but it's difficult not to imagine some kind of impact on the BlackBerry's price tag. Franklin repeatedly stressed that, while some trade-offs had to be made, he's proud of the direction the Onward team has settled on and that the device will be priced "competitively" for the market. "We want our features in as many of our fans' hands as possible," he said. "Price is a huge part of that." It should be noted, though, that Franklin declined to clarify if he meant competitive for the market at large, or competitive by flagship standards.

Either way, BlackBerry fans might be able to snag a deal through their wireless service provider. Like TCL before it, OnwardMobility plans to pitch this phone at people with the help of the nation's wireless carriers. Franklin confirmed that conversations are already in progress, but declined to say who with.

We can, however, make some educated guesses. It wouldn't be a huge leap to think that Verizon — the carrier in the US with the most significant mmWavw footprint — is one such partner. (Verizon is Engadget’s parent company, but had no input into this story.) Franklin's background is largely in software and includes stints at Microsoft and Zynga, but a notable chunk of OnwardMobility's executive team previously worked at Sonim, a maker of rugged smartphones whose devices are often sold by Verizon and AT&T. And Pam Norris, who serves as Onward's SVP of product, had considerable experience working alongside AT&T. Her tenure at Huawei Device USA saw her "define product specifications and feature alignment" with AT&T's rigorous requirements until the carrier torpedoed its relationship with the Chinese phone maker just before CES 2018.

While our conversation left me with as many new questions as answers, it's still early days for OnwardMobility, and Franklin plans to hash out of a lot of the details in public. (The publicity push has already started: He guested on a special episode of the CrackBerry podcast the other day.) Only one day out of the gate, and OnwardMobility has managed to pull off a major feat: It got the BlackBerry community fired up again. But now the real work starts. It needs to build a phone to impress them, wireless carriers, businesses and government, and you.