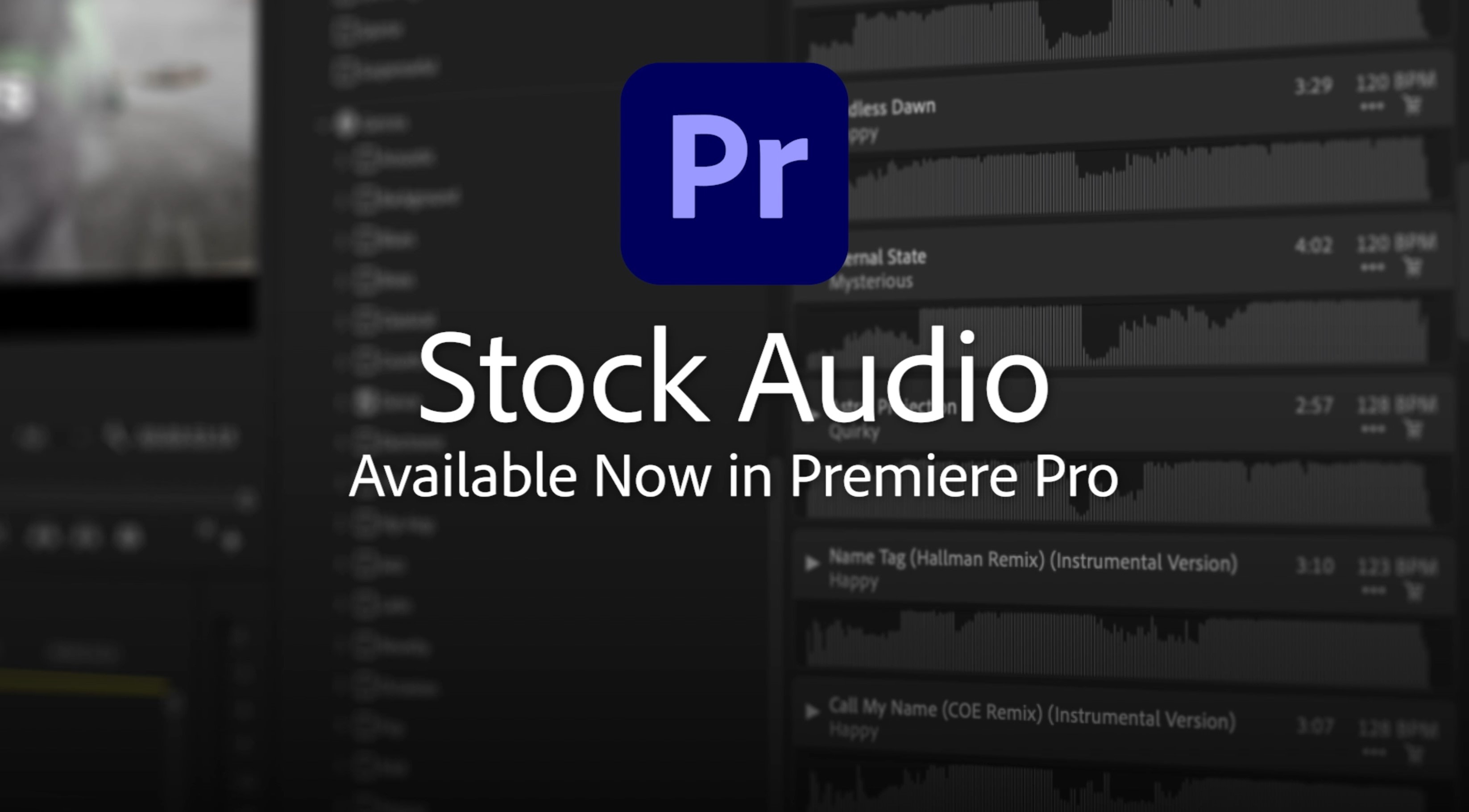 Adobe has launched Stock audio for Premiere Pro, giving video editors a new way to choose royalty-free music directly from the app. The new service incorporates music from stock providers like Epidemic Sound and Jamendo, letting you “search, preview and license audio tracks within the editorial workflow,” Adobe wrote in a blog post.

You search music directly from the editing space based on parameters like mood, genre, tempo and duration. The preview and timeline sync features lets you try different tracks in an edit and you can build an entire show strictly using previews without any watermarks.

Once your edit is complete, you can purchase only the music you want to use. At that point, the higher-quality licensed music replaces preview files with high-quality versions. Keep in mind that licensing isn’t included with a Creative Cloud subscription and that music can cost from tens of dollars per track to thousands, depending on what you’re using it for.

On top of that, Adobe announced a few Sensei-powered AI features coming soon to various Cloud video and audio applications. The most interesting is the scene edit detection feature that can analyze exported or archived video files and identify each cut between shots.

That sounds very similar to the “scene cut detection” feature that Blackmagic Design recently introduced with Resolve 16. However, in a possible jab at its rival, Adobe said that “unlike existing histogram-based solutions, the new technology in Premiere Pro was built with machine learning, helping users to save time by delivering consistently reliable results.”

Adobe is also bringing its auto reframe feature to Premiere Rush, helping you easily reorient videos for devices with different aspect ratios like smartphones and tablets. That feature makes sense given that Rush is designed for creators who might wish to post the same video on TikTok, YouTube and Instagram. Future Rush releases will also get a new Effects panel with transitions, auto reframe and a new feature called “pan and zoom” that will let you add motion to still images.

Finally, Adobe will introduce the Roto Brush 2 to upcoming versions of After Effects. That uses Sensei AI to improve the quality of painted mattes separating foreground and background scene elements. All you need to do is paint over the object you want to isolate and “Roto Brush 2 will track the object automatically, following its motion so you can avoid time-consuming manual frame-by-frame rotoscoping,” according to Adobe.

In this article: Adobe, Premiere Pro CC, creative cloud, update, royalty free, music, scene detection, AI, Sensei, news, gear
All products recommended by Engadget are selected by our editorial team, independent of our parent company. Some of our stories include affiliate links. If you buy something through one of these links, we may earn an affiliate commission.