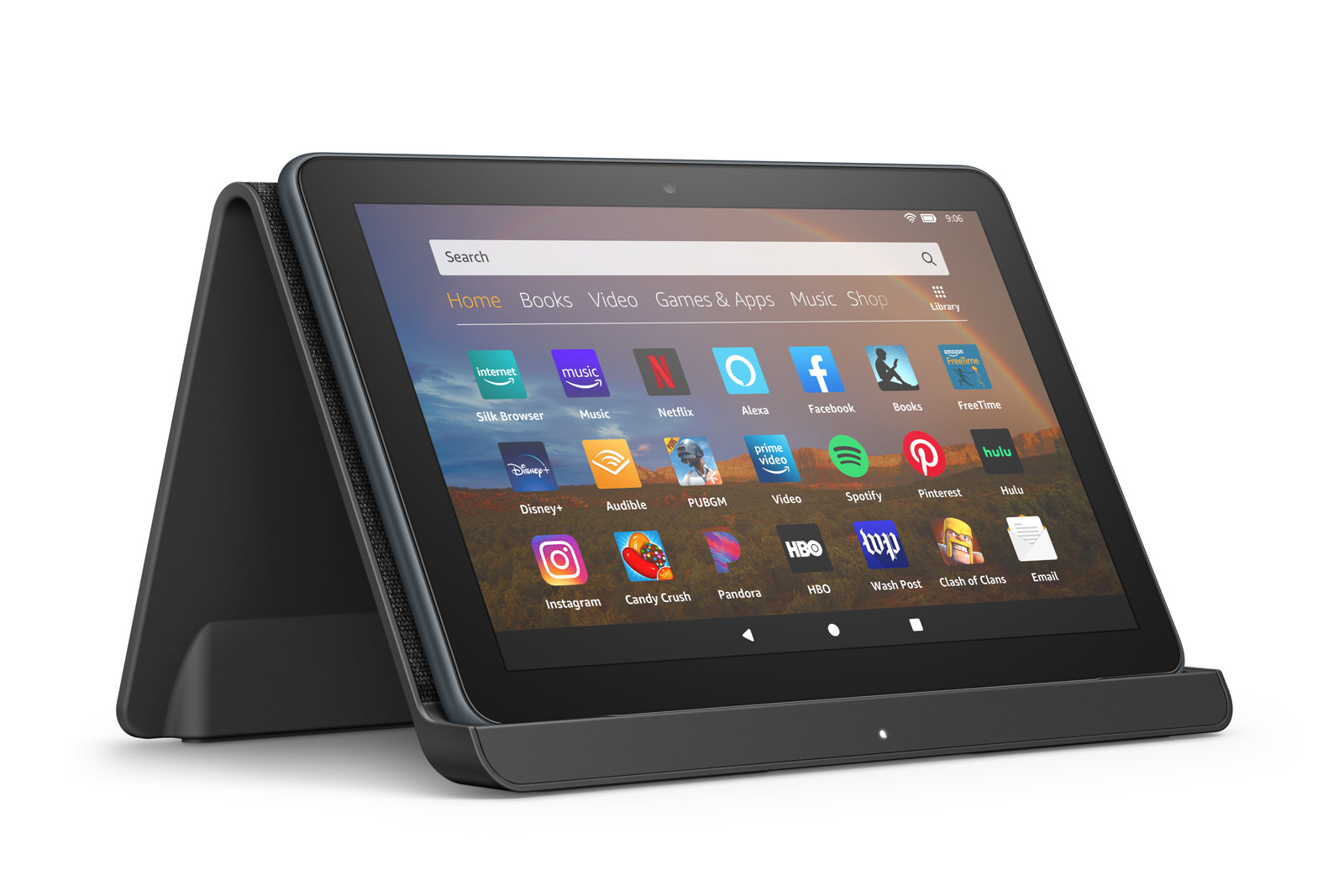 Amazon is giving its Fire HD 8 tablet a significant overhaul, including a much-needed visual refresh. The new Fire HD 8, Fire HD 8 Plus and Fire HD 8 Kids Edition still pack 8-inch 1,280 x 800 screens, but in a slicker-looking design — the bezels aren’t nearly as thick as they were in the past. They also share faster 2GHz quad-core MediaTek 8168 chips that are reportedly 30 percent faster, at least 32GB of storage and (finally!) USB-C.

The base Fire HD 8 and its Kids Edition counterpart won’t be spectacular with its 2GB of RAM, 2-megapixel front and rear cameras and 12 hours of claimed battery life. The real star this time around is the Fire HD 8 Plus. On top of 3GB of RAM and faster wired charging (through a 9W adapter), it also supports wireless charging if you have a compatible dock or similar device. Amazon envisions using it as an Alexa-powered smart display like the Echo Show, but it could also be useful if you’d just like to quickly grab the tablet when you’re reading a book.

You can pre-order the updated Fire HD 8 for $90 ahead of its June 3rd release, while the HD 8 Plus arrives the same day for $110. Bundle a Made for Amazon dock from ANGREAT and it’ll cost you $140. The Kids Edition costs the same $140, but it includes the customary kid-ready case, a year of FreeTime Unlimited and a two-year “worry-free guarantee.” These new Amazon slates aren’t revolutionary, but they might do the trick if you like the size and only want a few frills.

In this article: tablets, Amazon, Fire HD 8 Kids Edition, Kindle Fire, tablet, Fire HD 8, Fire HD 8 Plus, Android, news, gear
All products recommended by Engadget are selected by our editorial team, independent of our parent company. Some of our stories include affiliate links. If you buy something through one of these links, we may earn an affiliate commission.