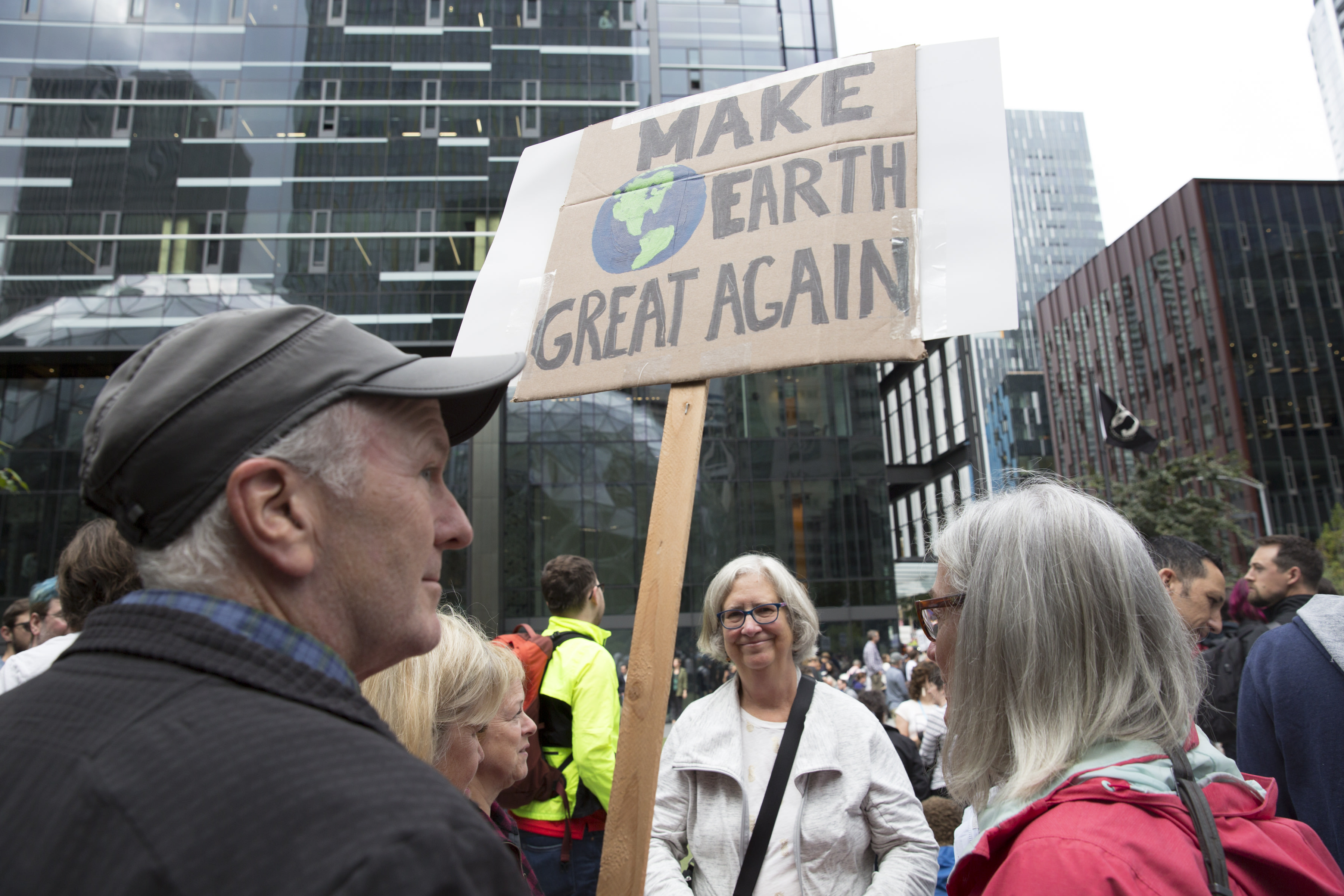 Amazon has confirmed the firing of two former employees who had been vocal critics of the company's climate and labor practices. On Monday, the retailer told the Washington Post, which is owned by Amazon CEO Jeff Bezos, that it had stopped employing Emily Cunningham and Maren Costa. The firings were later corroborated by CNBC.

Amazon said it fired the two user experience designers for repeatedly violating its internal policies. Amazon's external communications policy says employees can't talk about the company publically without approval from management. A spokesperson for Amazon told the Washington Post, the rule does not allow employees to "publicly disparage or misrepresent the company."

"We support every employee's right to criticize their employer's working conditions, but that does not come with blanket immunity against any and all internal policies. We terminated these employees for repeatedly violating internal policies," the spokesperson told the Washington Post.

Citing the same policy, Amazon had threatened to fire Cunningham and Costa in the past as well. The two say they were fired in retaliation for their climate and labor advocacy. Both women are members of an employee advocacy group called Amazon Employees for Climate Justice. At the start of the year, they criticized the retailer for its climate policies in a video former presidential candidate Bernie Sanders shared on his Twitter account. Representing approximately 8,700 other employees, Cunningham was also the person who called on Amazon to reduce its dependence on fossil fuels during the company's annual board of directors meeting last year.

"Because of how effective we've been in getting Amazon to take leadership in the climate crisis, they've wanted me gone for a while," Cunningham told the Washington Post. "They were targeting the most visible leaders in an attempt to silence everyone," Costa added.

We are in the middle of both the climate crisis and a global pandemic. This is the time to deeply care about one another. It’s about the kind of humans we want to be in an uncertain, scary world that is disproportionately harming and killing BIPOC and other vulnerable ppl. 3/

More recently, both Cunningham and Costa expressed solidarity with Amazon's warehouse workers, publically denouncing the sanitary conditions at the company's fulfillment centers during the coronavirus pandemic. Before their firing, they said they would match donations up to $500 to support those individuals "while they struggle to get consistent, sufficient protections and procedures from our employer."

Amazon's firing of Cunningham and Costa follows termination of warehouse worker Chris Smalls last month. Smalls, one of the organizers of the recent Staten Island fulfillment center coronavirus protest, was fired after he spoke to several media outlets about working conditions at Amazon's warehouses. For its part, the company said it had fired Smalls for disregarding a quarantine order from his manager. In one of its recent daily updates, Amazon announced it had started providing masks to its warehouse employees. It also said it had begun conducting temperature checks.

In this article: Amazon, business, coronavirus, covid-19, employee, protest, climate change, news, gear
All products recommended by Engadget are selected by our editorial team, independent of our parent company. Some of our stories include affiliate links. If you buy something through one of these links, we may earn an affiliate commission.