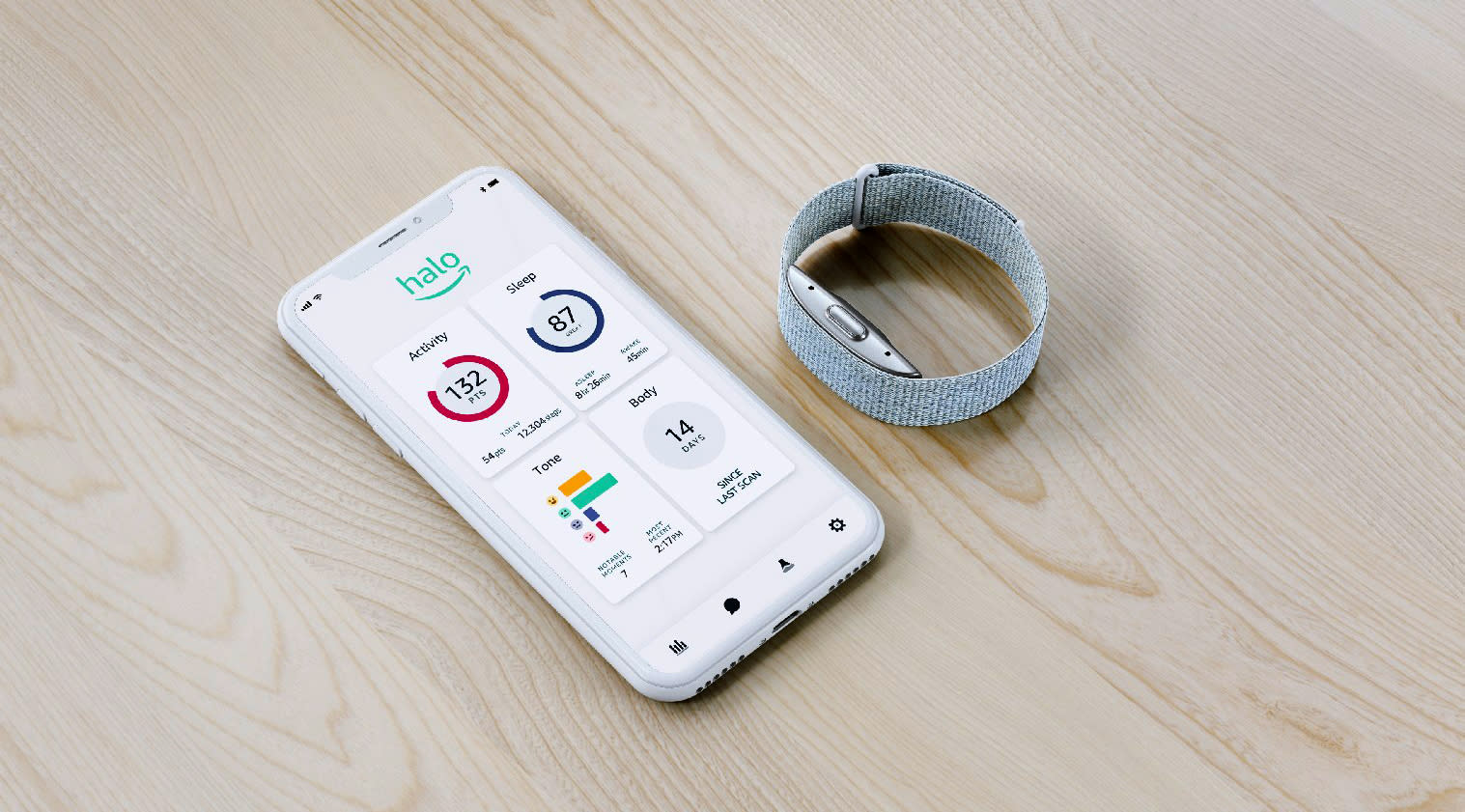 Too bad you must have the company’s underwhelming $100 wearable to use the app.

Amazon took a different approach from companies like Apple, Google and Samsung when it launched its first health-centric wearable last year. The Halo band stood out as a screenless $100 wrist-band that required a monthly subscription for the bulk of its functions, and kicked up a ton of controversy with its tone-detecting feature. The company is continuing to deviate from industry trends like squeezing more sensors or adding more workout types and is instead rolling out a smartphone camera-driven service called Movement Health, which it announced earlier this month.

Movement Health is another way Amazon is distinguishing itself from the sea of other fitness offerings. Instead of just tracking your steps, heart rate and sleep, which the Halo wearable does, the app also offers tools like body fat scanning and tone detecting. The latter feature was widely denounced at launch for listening in on all your conversations all the time. Even setting aside those concerns, Tone Detection isn’t very useful anyway — Amazon doesn’t provide enough context around each entry to help you understand why you sounded “angry” or “happy” at various points during the day.

But as someone who’s been trying to improve her general fitness and knows that weight is only one of many metrics towards an overall picture of your health, I’ve found the body fat scan helpful. As a recap, Amazon uses your phone’s camera to take front, back and side pictures of you, then analyzes it to deduce your body fat percentage. The company has cited study after study claiming its computer vision tool is more accurate than scales using bioimpedance, which send a mild electric current through your body. Pennington Biomedical Research Center even goes as far as to say that its tests found the Halo app “can be as accurate as the methods doctors use to measure body fat percentage.” That study, by the way, was funded by Amazon.

In my own experience with the band over the last few months, Halo's greatest draw is its app. The device itself, which doesn’t have a screen, is nondescript and underwhelming. It’s so plain that I didn’t even notice it was on a pile of laundry one day and accidentally tossed it into my washing machine. The good thing is that it survived being washed and dried. This might be the Nokia 3310 of wearables.

Just like the old-school phone, the Halo band doesn’t do much. It houses a heart rate monitor and microphones to track your heart rate and tone (if you opt in). It also has an accelerometer to help it log your steps and sleep, as well as a multi-function button. There’s nothing wrong with a simple device that just does the basics, except that it costs $100. You could get all these features for a fraction of the price from a plethora of companies without having to pay an additional monthly subscription fee.

Where Amazon does stand out is in offerings like body fat scanning and Movement Health. The latter, which rolls out today, is intended to “improve the way you move.” I don’t like the idea that there’s something inherently wrong about the way some people move, but if you’ve ever wondered whether your joints might be stiffer than most, or you’ve had issues with back or shoulder pain, Movement Health might help. According to Amazon, it’s “based on functional fitness, which is your body’s readiness to execute the everyday movements you do without thinking — bending, reaching, lifting, twisting, pulling, pushing and even just walking.”

Basically, the Halo app can guide you through a quick mobility test, and through your phone camera it’ll assess your performance. I've had it for just under two weeks. On my first attempt, I ran the test on my Pixel 4a, and per the app’s directions I turned my speaker volume up and set the phone on the ground leaning against a wall. It also suggested I wear form fitting clothes and tie my hair up. Once I framed myself within the outlined boundaries, the app showed an instructor that demonstrated each movement. I’d recommend using wireless headphones if you can for this part, as I struggled to hear the instructions over street noise in an apartment in Brooklyn.

The entire session was about 10 minutes long and Halo asked me to do sets of five movements like squats, lunges and overhead reaches — both facing the camera and to the side. Each time I successfully performed an action, it chimed and told me to repeat the action (when required). At the end, I got a report saying my performance was “great, you’re in the healthy range!” I scored 94 percent on Mobility and Stability, and 93 percent on Posture.

The app also displayed cards on each metric, explaining what they meant and how they related to my physiological performance. Scrolling further down, I also saw a detailed breakdown of things like “shoulder mobility,” “trunk stability,” “hip mobility,” “hip stability,” “lower mobility” and more. According to Amazon, “this assessment delivers comparable accuracy to an in-person assessment with a professional trainer.” I’ve yet to have a similar assessment with a professional trainer so I can’t vouch for that claim.

Like the body fat scan tool and other Halo features, by the way, Amazon says “multiple layers of privacy and security are built into the service to keep data safe and in your control.” The assessment videos of you lunging and squatting are “encrypted in transit to the cloud, securely processed within seconds and then automatically deleted.” The company promises that no one ever sees them, whether or not you take Amazon at its word is your decision.

After analyzing your results, you can also check out the program of “corrective exercises” that Amazon recommends based on your performance. For me, the system suggested two sets of actions like 45 seconds of shinbox bridge extensions, 60 seconds of side lying t-spine rotation and 40 seconds of hip airplanes, for example. I’m meant to alternate these and do them at least three days a week for four weeks. Each set has a video led by physical therapist Dr. Kelly Starrett, as well as text laying out the movements. In the videos, Dr. Starrett explained not just how to perform each movement but also what areas it targets and how it helps your general mobility.

You can set up a schedule and reminders to have Amazon keep you on track via notifications on your phone. The company also recommends that you perform an assessment every two to four weeks, which will likely result in new sets of corrective exercises for you to use. Amazon says “if you’re looking for a little extra burn, you can also see an additional curated list of workout recommendations to provide a higher-intensity alternative.”

As someone who hits the gym or yoga mat three to four times a week, I didn’t see the need to add these exercises to my routine. Most of the moves are similar to what I get out of my yoga sessions. But if you’re plagued by joint or back issues, these videos might be a good, gentle way to start working on your mobility in those areas. Of course, this shouldn’t and can’t replace a visit to the doctor, but they could be a helpful supplement. So far, Movement Health and the body fat scans seem to be ways Amazon is trying to use its computer vision skills to improve the Halo app, making it much more useful than the band on its own. Too bad having the device tied to your account is a requirement.