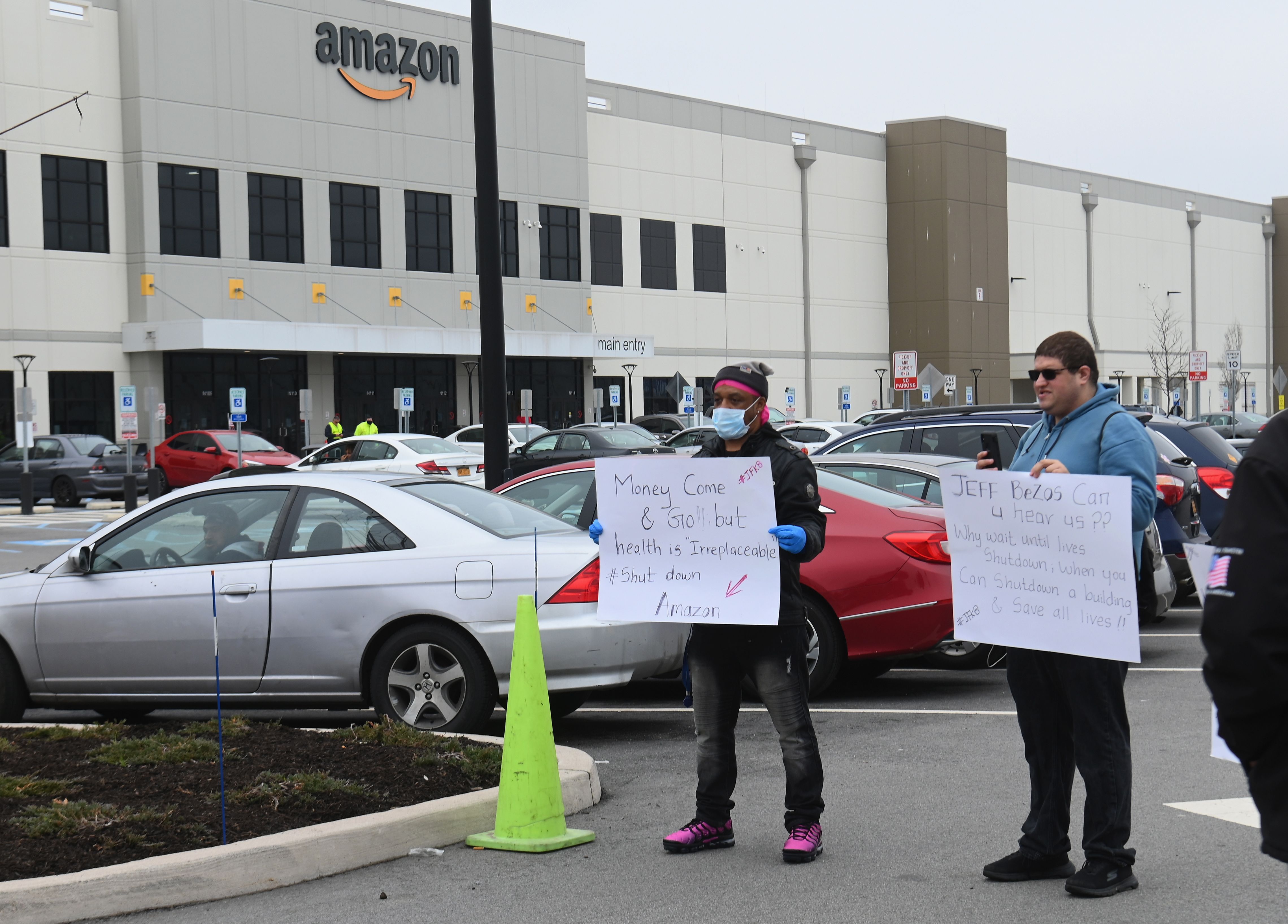 Amazon is facing more scrutiny over its handling of COVID-19 at its warehouses. Workers at the internet retailer’s Staten Island warehouse have filed a lawsuit (via CNBC) accusing the company of failing to follow CDC and New York state public health guidelines for the new coronavirus, not to mention New York quarantine laws. In some cases, it allegedly declines to follow rudimentary contact tracing steps to determine who might have been exposed to the virus, to the point where it it’s “purposefully concealing” exposure info from coworkers.

Staff also claimed that Amazon refuses to properly clean workstations, and discourages “basic hygiene” if workers have to spend even a brief moment away from their workspaces. The company allegedly doesn’t “clearly communicate” what workers should do if they believe they’re sick, deters staff from sharing positive COVID-19 tests and has a “byzantine” system that makes it difficult to quickly get quarantine leave benefits required by state law. Amazon’s decision to resume conventional leave policies in May have also made it difficult to hold on to unpaid leave hours, according to the lawsuit, putting pressure on them to work even if they’re sick.

The lawsuit was filed with the support of groups Make the Road New York, Public Justice and Towards Justice.

We’ve asked Amazon for comment. In a statement to CNBC, it maintained that it followed all national and local health guidelines, including the CDC’s contact tracing approach. The firm reviews camera footage, checks where people were present and conducts interviews, according to a spokesperson. It also insisted that it immediately alerts all workers if there’s a positive case, and that it was up to employees to disclose if they tested positive.

Critics have already contended that Amazon’s approach isn’t enough, though, and doesn’t meet CDC guidelines despite claims to the contrary. Warehouse footage only covers 24 hours (not the 48 hours needed for CDC tracing) and likely doesn’t include high-contact areas like washrooms. It would also break CDC guidelines if it discouraged staff from revealing positive test results. As in the past, then, there appears to be a gap between what Amazon says it’s doing to protect workers and what people say is happening.

Update 6/7 7PM ET: Amazon reiterated to Engadget that it followed all guidelines, and that 91 of its facilities have passed state inspections. A spokesperson added that the company was “saddened” by the effects of COVID-19 and pointed to what it had already done, including unlimited time off early on as well as safety investments. It didn’t, however, talk about addressing current complaints. You can read the full statement below.

“We are saddened by the tragic impact COVID-19 has had on communities across the globe, including on some Amazon team members and their family and friends. From early March to May 1, we offered our employees unlimited time away from work, and since May 1 we have offered leave for those most vulnerable or who need to care for children or family members. We also invested $4 billion from April to June on COVID-related initiatives, including over $800 million in the first half of this year on safety measures like temperature checks, masks, gloves, enhanced cleaning and sanitization, extended pay and benefits options, testing, and more. This includes two weeks paid leave for any COVID diagnosis or quarantine, and launching a $25 million fund to support our partners and contractors.”

In this article: Health, lawsuit, Amazon, coronavirus, Medicine, safety, Covid-19, warehouse, lawsuits, news, gear
All products recommended by Engadget are selected by our editorial team, independent of our parent company. Some of our stories include affiliate links. If you buy something through one of these links, we may earn an affiliate commission.