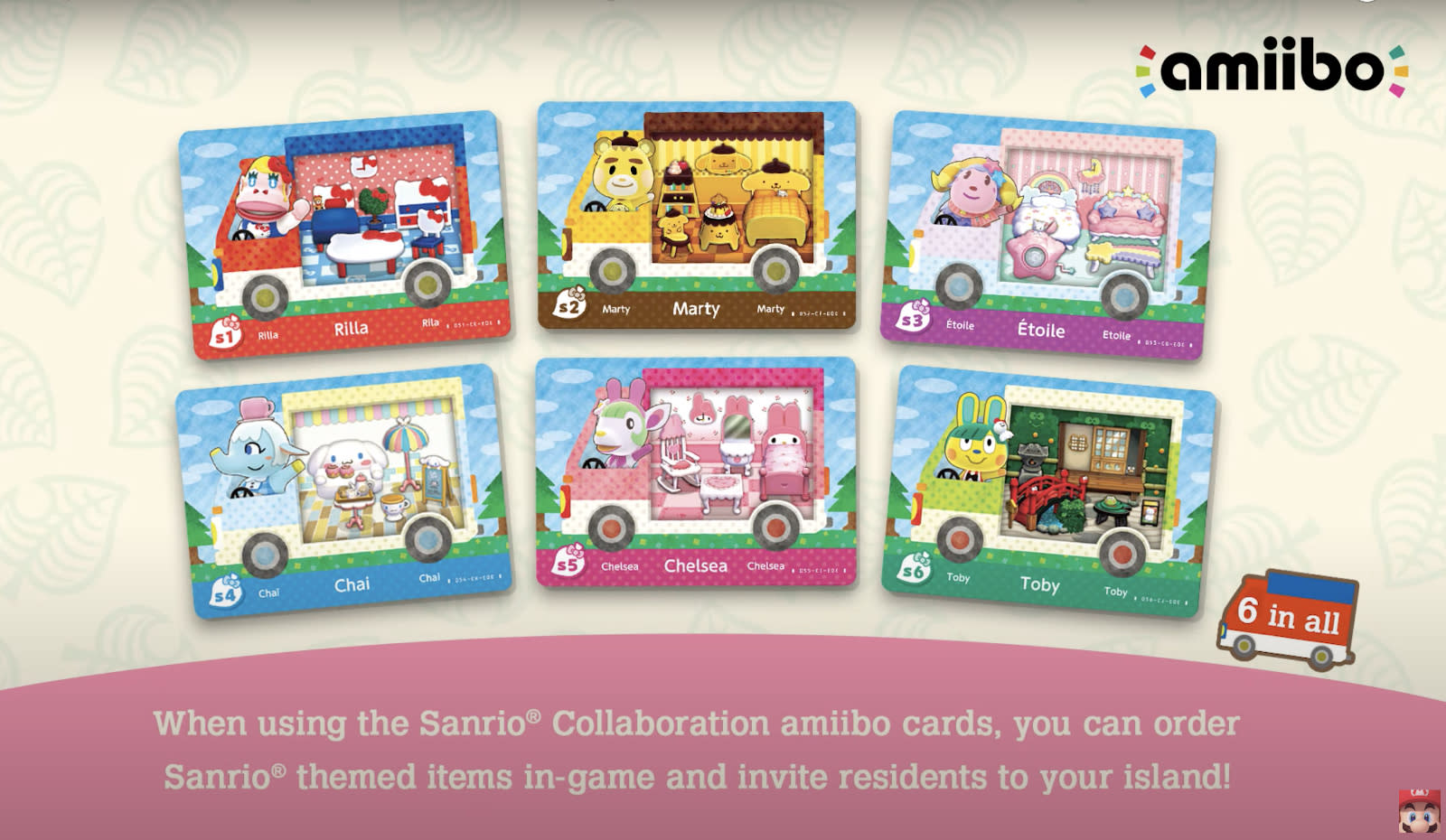 Nintendo shows off the villagers and items the Sanrio amiibo cards can add to your game.

Those Animal Crossing: New Horizons-Sanrio collaboration amiibo cards, which were only previously available in Japan and the EU, are finally arriving in the US on March 26th. Nintendo first announced their stateside release back in January, but now the company is giving you a glimpse of what you can get when you snap up the collaboration pack. The gaming giant has posted videos on YouTube and Twitter showing the villagers you can add to your town, as well as the Sanrio-themed items you'll be able to buy from the in-game store when you scan the amiibo cards.

[Announcement]
From @HelloKitty, My Melody, to Keroppi, get ready to discover new residents, styles & items inspired by adorable @Sanrio friends! The #AnimalCrossing Sanrio Collaboration Pack comes to the US on 3/26, exclusively at @Target! pic.twitter.com/7584E2OL4H

There are six villagers you can add to your town by scanning the cards, and each one gives you access to specific Sanrio items. The Rilla card adds Hello Kitty-themed furniture and wallpapers to the list of items you can buy, for instance. You'll also get items based on My Melody, Little Twin Stars Kiki and Lala, Pompompurin, Cinnamoroll and Kerokerokeroppi with the other villagers. Each theme has a different set on offer — the Cinnamoroll items have tablets, umbrellas and signage for a cafe, while the Kerokerokeroppi-themed ones include a bridge and koi pond for a Japanese garden.

The New Horizons Sanrio pack will be available exclusively through Target on March 26th for $6. In Canada, it will be sold by retailers, including Best Buy, for CA$7.