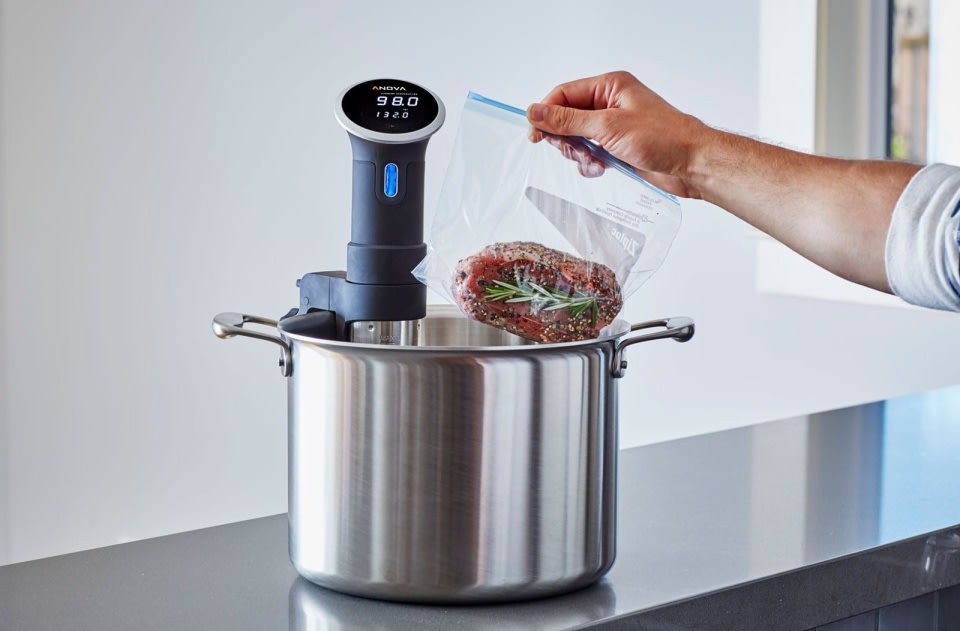 We’re pretty big fans of sous vide (“under vacuum”) cooking, but it’s not the easiest culinary skill. Fortunately, there are a number of gadgets out there designed to make it more accessible, and our more food-orientated editors frequently sing the praises of Anova’s products — what’s not to like about perfectly-cooked food with minimum effort? Now, its Pro Precision Cooker is available on Amazon for just $199 — that’s a whopping $200 off the usual cost of $399, and the lowest price we’ve seen yet. The standard Precision Cooker, meanwhile, is now on sale for $149, down $50 on the usual price of $199.

Both models promise to give perfect results every time, circulating water at exact temperatures to ensure food is never undercooked or overdone. Cook everything from chicken and fish, to eggs, vegetables and beef, with the accompanying Anova app giving you access to thousands of recipes.

Both the Pro and standard versions operate in the same way, attaching to your own pot or container and communicating the cooking process to your smartphone via WiFi. The main difference between them is size. The 1,200-watt Pro is able to heat up to 20 gallons of water and will run for a minimum of 10,000 hours before shutting down, making it a solid choice for big families or regular entertainers. The more compact 1,000-watt standard model will run for up to 5,000 hours, and is just the right size for most home chefs, cooking for up to eight people at once. However, with Amazon’s massive discount on the Pro bringing it down to the usual price of a standard, choosing the more powerful option is a no-brainer, especially as it touts better durability — drop it on the floor or dunk it underwater (both feasible kitchen scenarios) and it’ll keep on cooking.

That being said, both the Pro and standard may well offer a little too much power for the more casual cook, so it could be worth waiting for the budget Nano model to come down in price. This 750-watt version runs for up to 3,000 hours and operates via Bluetooth, and will take up considerably less space in your kitchen. It’s $129 at the moment, the highest price we’ve seen for months, but it won’t stay there forever — at the end of last year we saw it drop to a much lower $79, so you can probably expect a similar deal in the future.