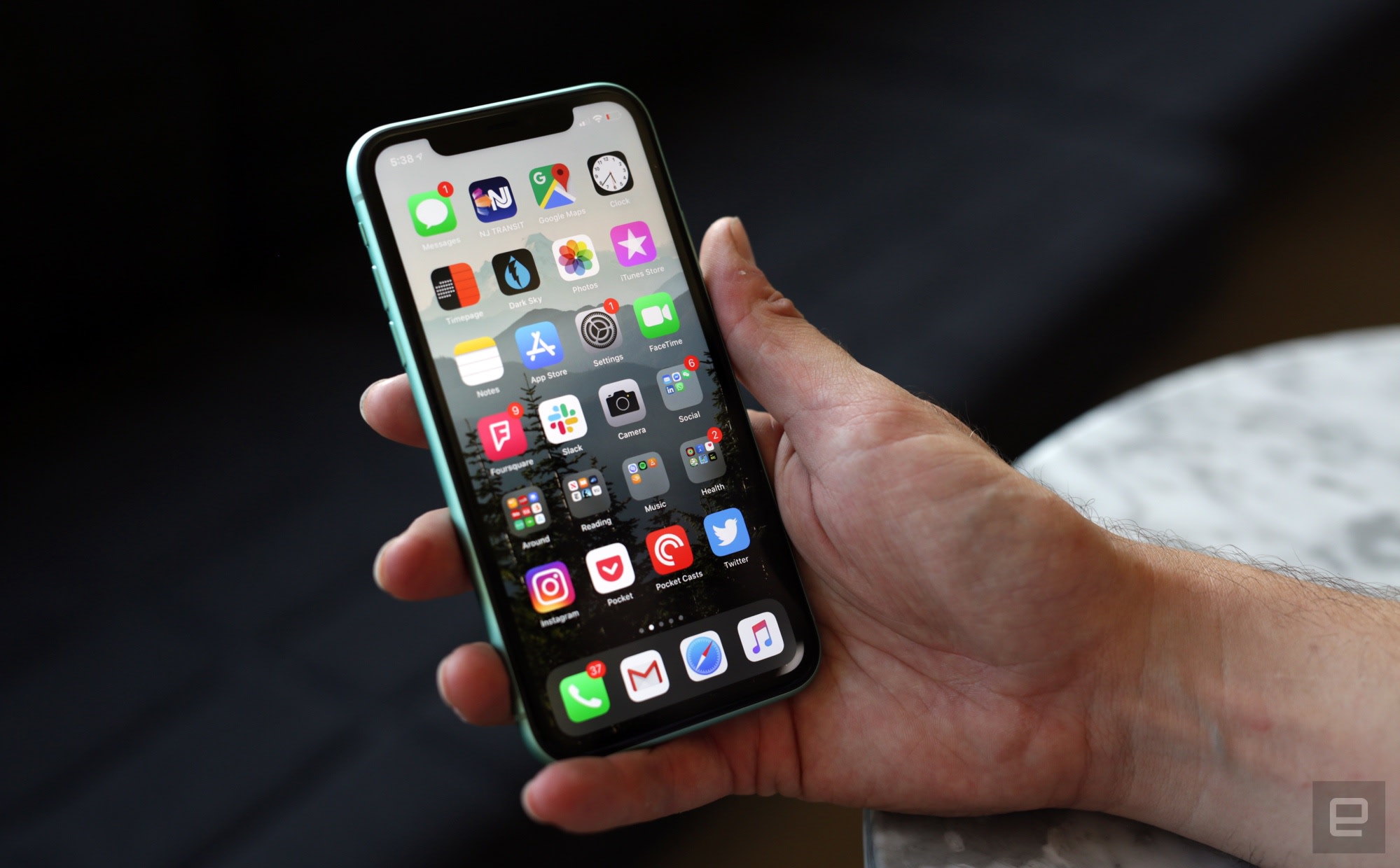 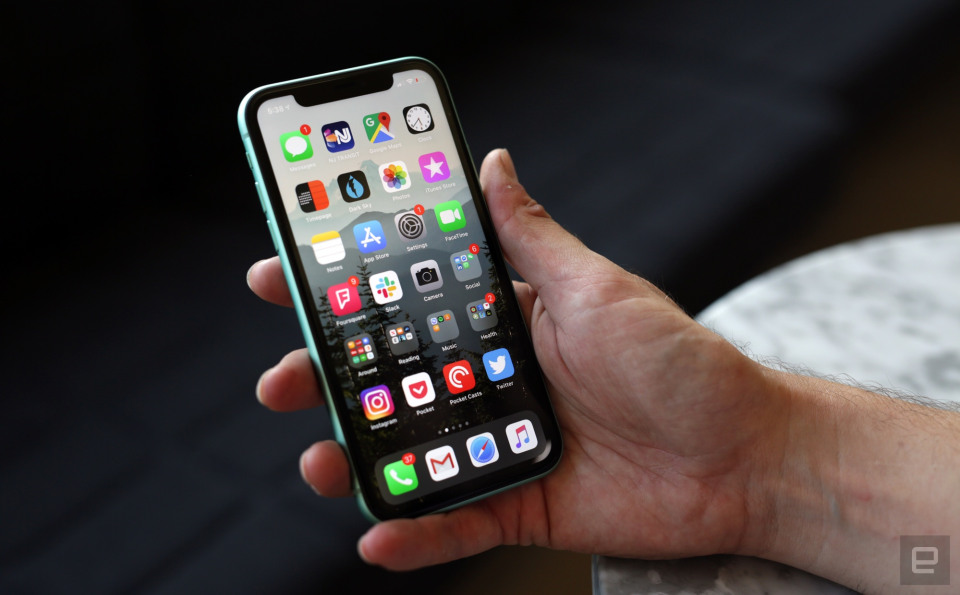 Is the App Store fair to developers? And does Apple’s vice-like grip over app distribution stifle competition?  These questions have been brought up and debated since the App Store was launched back in July 2008. For the most part, though, independent developers have either fallen in line or accepted that they can’t offer native iOS applications.

So why is everyone talking about them again?

On Tuesday, the European Commission announced that it was opening dual investigations into the App Store and Apple Pay. The former was triggered by two complaints filed by Spotify and an unnamed ebook and audiobook distributor which, according to the Financial Times, is the Rakuten-owned Kindle rival Kobo.

Two types of apps are exempt. The first are apps that offer physical goods and services, like Amazon and Lyft. The other is “reader” applications. “These are apps where users exclusively purchase or subscribe to content outside the app, but enjoy access to that content inside the app on their Apple devices,” Apple’s website explains. There’s also a third bucket that allows select video services, including Amazon Prime Video and Canal+, to bypass the 30 percent cut for TV show rentals and other purchases.

Daniel Ek, founder and CEO of Spotify, thinks the situation gives Apple an unfair advantage. If a customer signs up for Premium through the web, the company makes $10 per month. If they go through the App Store instead, that amount drops to $7. Spotify therefore has two options: raise its prices on the App Store, or eat the loss. The company can’t afford to do the latter, Ek explained in a blog post last year, because they’ll then be undercut by Apple Music, which doesn’t have to pay the same “tax.”

“To keep our price competitive for our customers, that isn’t something we can do,” he said.

If Spotify tries to sidestep the issue, Apple introduces “technical and experience-limiting restrictions,” according to Ek. “They limit our communication with our customers—including our outreach beyond the app,” he wrote in the blog post. “In some cases, we aren’t even allowed to send emails to our customers who use Apple.”

In a press release, the European Commission said it had “concerns” and would investigate both the in-app purchase system and restrictions that stop app developers from explaining how to purchase their software through other platforms.

Apple disagrees with Spotify and the European Commission’s concerns. In a statement, the company said it followed the law and embraced competition “at every stage because we believe it pushes us to deliver even better results.” The Commission was investigating “baseless complaints,” Apple argued, by companies that want special treatment in the App Store. “At the end of the day, our goal is simple,” the company added. “[We want] our customers to have access to the best app or service of their choice, in a safe and secure environment. We welcome the opportunity to show the European Commission all we’ve done to make that goal a reality.”

Apple is also keen to stress how much money the App Store generates for developers. On Monday, a study published by economic consulting firm Analysis Group found that the marketplace facilitated $519 billion in billings and sales globally. That figure covers not only paid apps and in-app purchases, but also physical goods and services -- Airbnb rentals, UberEats deliveries and more -- that were initiated through an iPhone or iPad.

“They claim we’re asking for a ‘free ride’ when the reality is, ‘digital services’ are the only category of apps that have to pay the App Store fees.”

"The App Store provides enduring opportunities for entrepreneurship, health and well-being, education, and job creation, helping people adapt quickly to a changing world," Tim Cook, CEO of Apple said in a press release highlighting the study. "We’re committed to doing even more to support and nurture the global App Store community — from one-developer shops in nearly every country to businesses that employ thousands of workers — as it continues to foster innovation, create jobs, and propel economic growth for the future.”

The Match Group, an online dating behemoth that owns Tinder, Hinge and Match.com, quickly struck back at Apple’s response to the EU antitrust investigations.

“They claim we’re asking for a ‘free ride’ when the reality is, ‘digital services’ are the only category of apps that have to pay the App Store fees,” the company said in a statement. “The overwhelming majority of apps, including Internet behemoths that connect people (ridesharing and gig economy apps), or monetize by selling advertising (social networks), have never been subject to Apple’s payments systems and fees, and this is not right.”

The day before, Basecamp, best known for its project management software, launched a new email platform called Hey on the web, iOS, Android, Mac, Windows and Linux. Unlike Gmail, Outlook or Apple Mail, Hey costs $99 per year, and considerably more if you want a fancy two- or three-letter email address.

Basecamp thought Hey fell under the same rules as Netflix and countless other “reader” apps. But as Protocol explains, Apple didn’t feel the same way, and subsequently explained that it shouldn’t have approved the app in the first place.

“Apple just doubled down on their rejection of HEY’s ability to provide bug fixes and new features, unless we submit to their outrageous demand of 15-30% of our revenue,” Heinemeier Hansson tweeted. “Even worse: We’re told that unless we comply, they’ll REMOVE THE APP.” At the time of writing, Hey is still available in the App Store. Heinemeier Hansson has also expressed his support for Spotify’s complaint in Europe.

“The merits of their case, as mirrored in the investigations the EU just announced, match ours in almost all the ways,” he tweeted. “We need choice in payment processing, and the right to tell customers.”

It’s not the first time that Heinemeier Hansson has fought against the power and influence of so-called “big tech” companies. He spoke at a US antitrust hearing earlier this year, for instance, that included testimony from Sonos and Tile executives.

Great to connect with @spotify regarding their work in the EU on Apple's App Store abuses. The merits of their case, as mirrored in the investigations the EU just announced, match ours in almost all the ways. We need choice in payment processing, and the right to tell customers.

Unsurprisingly, Apple Music rival Deezer is siding with Spotify. “A fair and equal competitive landscape benefits both consumers and innovation,” Alexander Holland, Deezer’s Chief Content and Product Officer told Engadget. “Right now this is not the case in Apple’s App Store environment. As a result, iPhone and iPad users who love music streaming are often forced to pay more for services like Deezer. We’re following this case closely and are cooperating fully with the European Commission.”

In a tweet, Epic Games CEO Tim Sweeney argued that users should be free to install software from any source. “In this endeavor, Epic won’t seek nor accept a special deal just for ourselves,” he added. Epic has its own issues with marketplace monopolies: the company has created a divisive Steam competitor and, earlier this year, caved in and released the Android version of Fortnite in the Play Store.

Some developers feel differently, though. The Omni Group, the developer behind OmniFocus and a slew of other productivity applications, is generally content with the App Store’s rules and fees.

“It can be a lot of work to adapt one’s business model to work within the App Store,” Ken Case, CEO of the Omni Group told Engadget. “We spent years doing that ourselves! That said, we know that it costs money to build and operate the App Store, and we don’t begrudge giving Apple a share of our revenue to keep that going—so we’ve implemented in-app purchases in all our apps, and we think it’s generally appropriate for other developers to do the same.”

“We don’t begrudge giving Apple a share of our revenue.”

Shiny Frog has taken a similar stance. The company, best known for its hybrid note-taking and writing application called Bear, said it was happy overall with the App Store. “While we can see some of the frustration with the locked-down nature of the iOS App Store, we also appreciate Apple’s efforts to create a secure, safe environment for iPhone and iPad users,” David Chartier, a ‘wordsmith’ for Shiny Frog told Engadget. “For example, OS restrictions like app sandboxing mean general users can be confident that new apps they download cannot read the entire device to steal data.”

He said there was “room for improvement,” however, and hinted that Apple’s cut of in-app purchases should be reconsidered. “Maybe its cut of all App Store purchases could be lowered across the board,” Chartier suggested. “(That) would make a tremendous difference to the lives of all third-party developers.”

Readdle, a Ukrainian app developer that makes multiple productivity apps including Calendars 5, said the App Store is "a great place to distribute and discover apps," but suffers from guidelines that "are not consistent with diverse business models of app makers." A spokesperson added: "I believe this process of public discussion should result in creation of a better ecosystem for everyone: developers, users, Apple."

Engadget approached many developers for this story. Most didn't want to comment, though, some citing fears that Apple will remove their app or punish them in other hard-to-predict ways. The App Store is tied to their livelihood, and few will risk losing such a large (compared to Google’s Play Store, anyway) and important source of revenue.

The number of voices might not matter, though. The debate has been reignited and the European Commission has already begun its investigation. The executive arm of the EU will almost certainly contact other app developers and speak with them privately, thereby mitigating the threat of repercussions. It could be years before the Commission comes to any sort of conclusion. The chatter on blogs and social media will loom large, however, over Apple’s virtual WWDC developer conference next week. While not an old issue, it’s one that is once again fresh on people’s minds. That, in turn, will spark two new questions: Will anything change this time? And, perhaps more importantly, should it?

In this article: apple, app store, apps, developers, EU, european union, european commission, news, gear
All products recommended by Engadget are selected by our editorial team, independent of our parent company. Some of our stories include affiliate links. If you buy something through one of these links, we may earn an affiliate commission.