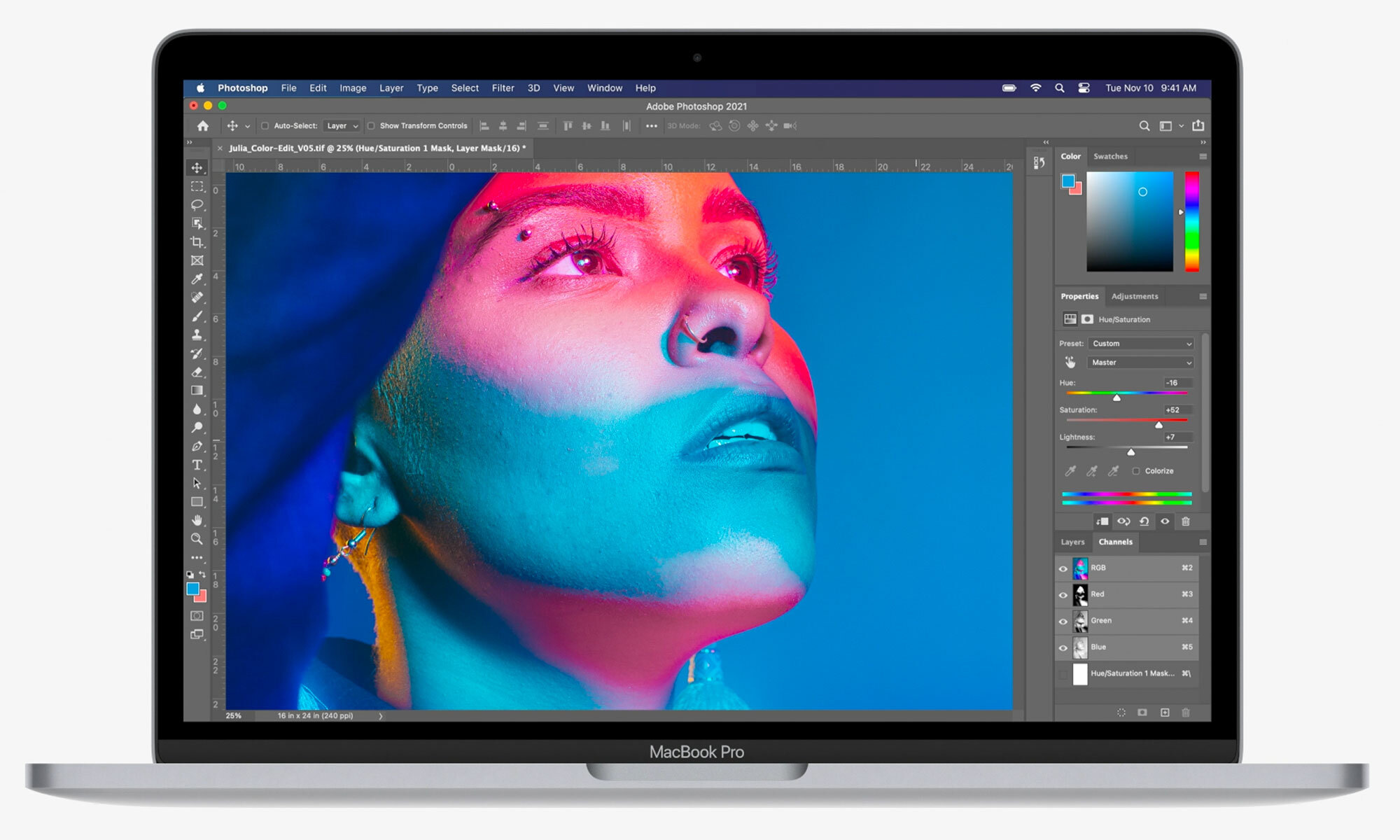 Just four months after Apple announced that it would transition the Mac to run on its own custom chips, the company is unveiling its first computers with Apple Silicon. To the surprise of few, Apple is starting with laptops — the company is showing off updated versions of the 13-inch MacBook Pro running on the new M1 processor.

Like the new MacBook Air and Mac Mini, the 13-inch MacBook Pro looks identical to the current Intel model. Apple says it’ll have 2.8X faster performance compared to the existing model, and the M1’s eight-core GPU is 5X faster. Overall, Apple says the laptop is 3 times faster than the best-selling comparable Windows laptop. While the MacBook Air doesn’t have a fan, Apple did keep a fan on the MacBook Pro so it can run at higher peak levels for longer.

Battery life is also hugely improved, up to 18 hours of wireless web browsing and 20 hours of video playback. And like the Mac Mini, the Thunderbolt / USB 4 ports will work with the company’s lavishly expensive pro monitor.

The new 13-inch MacBook Pro starts at the same $1,299 as the existing model. You can order the new 13-inch MacBook Pro today and it’ll start shipping on November 17th. The $1,299 model replaces the existing entry MacBook Pro and includes 256GB of storage and 8GB of RAM, while the $1,499 model doubles the storage to 512GB. Otherwise, the computers are identical and only have two USB-C ports. Apple is keeping around the more expensive four-port models with Intel processors; those machines can still be upgraded to 32GB of RAM.

This transition to Apple Silicon isn’t dissimilar to what the company did way back in 2005, when it announced plans to transition the Mac from PowerPC to Intel processors. The first Mac to use the new architecture was announced in January of 2006; the 15-inch MacBook Pro was the first computer with that name and the successor to the long-running Powerbook lineup. And like the MacBook Pro announced today, it was essentially identical on the outside to the Powerbook it replaced, just with new internals.

In this article: apple, macbook macbook pro, macbook2020, apple silicon, news, gear
All products recommended by Engadget are selected by our editorial team, independent of our parent company. Some of our stories include affiliate links. If you buy something through one of these links, we may earn an affiliate commission.