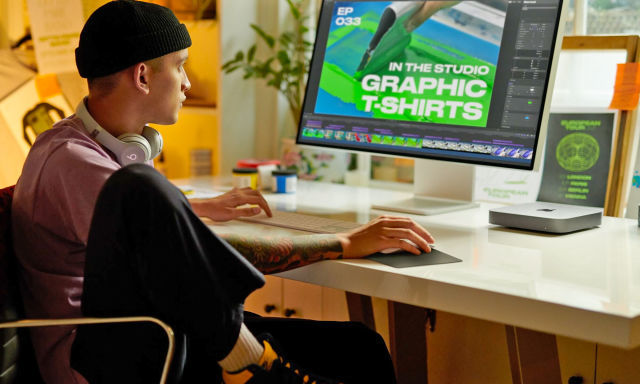 Yes, another one of Apple’s latest computers with the new M1 chip is already cheaper on Amazon. We noticed this morning that the new MacBook Pro with M1 was $50 less at the online retailer than on Apple’s website, and now the Mac Mini has gotten a similar treatment. The M1-powered Mac Mini is down to $670 on Amazon, which is $30 off its normal price. While you’re able to buy one of these computers now, according to Amazon’s website, you won’t receive it until early December.

The model on sale is the base Mac Mini with 8GB of RAM and a 256GB SSD. The upgraded model with a 512GB SSD remains $899, which is the price that Apple’s selling it for as well. Apple announced the new Mac Mini at an event last week in which it also showed off its ARM-based M1 chip that powers the mini as well as new MacBook Airs and MacBook Pros. The latest Mac Mini with M1 runs on an octa-core CPU and an octa-core GPU and Apple claims it will be 60 percent more efficient than the previous mini.

While we haven’t tested the new Mac Mini yet, we did get the chance to review the new M1-powered MacBook Air and it left a strong first impression. We gave it a score of 94 in part for its excellent performance that’s only made more impressive by its fanless design. Engadget’s Devindra Hardawar felt as if he were using a MacBook Pro when testing out the MacBook Air with M1 — it was super fast, with native Mac apps running smoothly and sites loading almost instantly in Safari.

But without testing the M1 system-on-chip in the Mac Mini, we can’t say definitively how that machine will perform. However, we have high hopes for it based on our limited experience with the M1 chip so far. The new Mac Mini otherwise has a similar design to the previous generation, weighing 2.6 pounds and now featuring an updated thermal system that’s designed to keep it cooler. It also now has two USB-C ports that support Thunderbolt and USB 4, in addition to two USB-A ports, an Ethernet port and a headphone jack. It can drive up to two external displays at once and it can also support Apple’s ultra fancy 6K Pro Display XDR. If you’re keen on getting one of the first machines with Apple’s newly designed chip, this is a good way to do so and save a bit of money in the process.