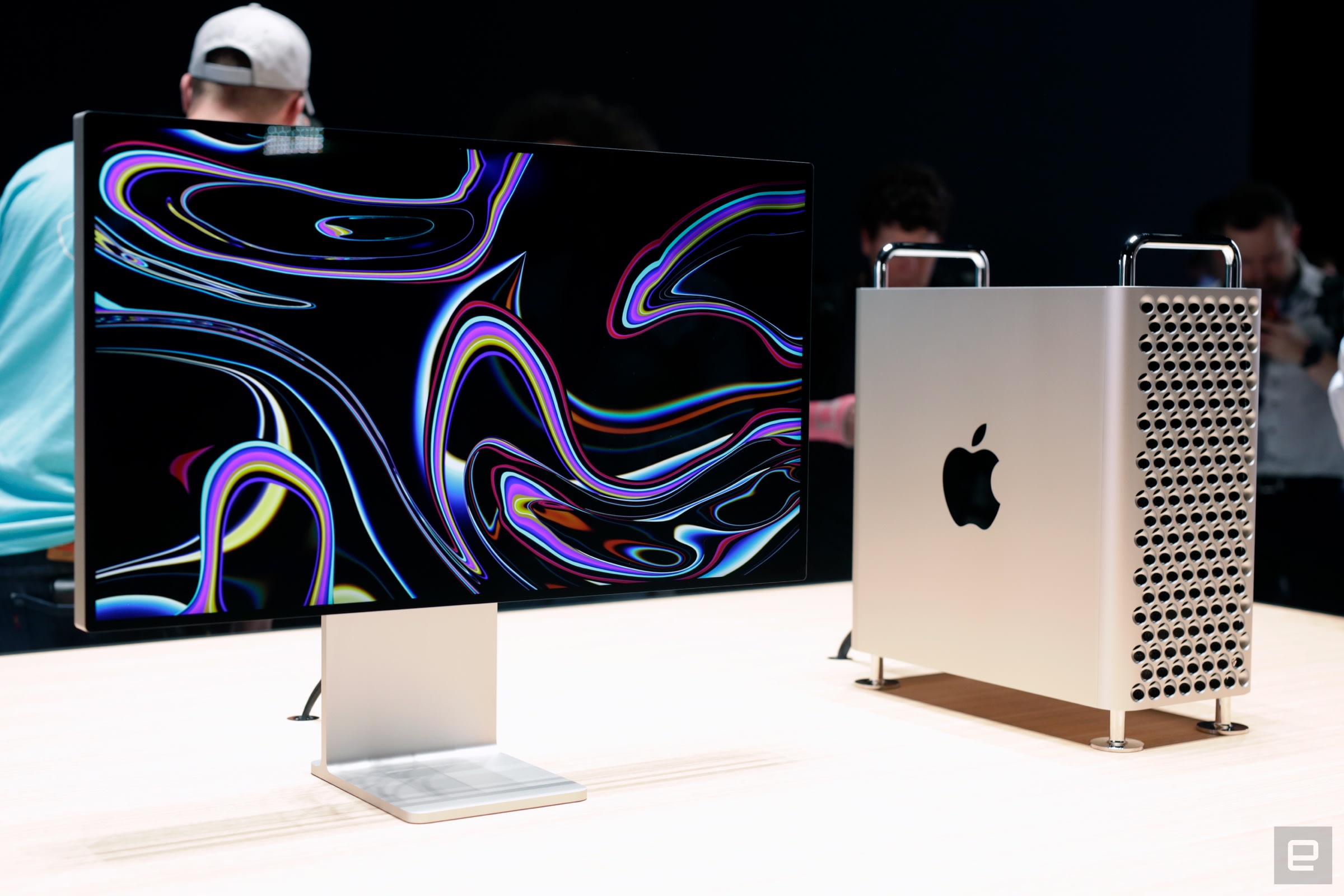 Apple has teased the prospect of a more affordable GPU upgrade for the Mac Pro for months, and now it’s finally here. As 9to5Mac noticed, you can now configure the Mac Pro with one or two Radeon Pro W5700X video cards, each with 16GB of memory. They’re still not cheap upgrades at $600 and $1,600 respectively, but they’re far less expensive than dropping $2,400 on a lone Radeon Pro Vega II. You can also buy the card by itself for $1,000 if you’re upgrading after the fact.

It’s been possible to use the gamer-oriented Radeon RX 5700 XT in Macs with macOS Catalina, but there are no guarantees of support with third-party cards. The W5700X also has some potential advantages, including the quiet MPX module design as well as the inclusion of four Thunderbolt 3 ports.

The Radeon Pro Vega II is more powerful overall with 14.1 teraflops (versus 9.4) and twice the RAM. If you rely on GPU-heavy tasks, it’s still the best choice. However, the W5700X is arguably a much better value with most of the performance at a quarter of the upgrade price. And it’s technically superior to some degree — it’s based on AMD’s current-generation Navi architecture with features like native HEVC decoding. If you’re juggling tasks that could benefit from a faster GPU but just want something better than the default (and frankly underpowered) Radeon Pro 580X, the W5700X might fit the bill.

In this article: desktop, Mac, GPU, AMD, workstation, Radeon Pro W5700X, computer, mac pro, W5700X, PC, Apple, personal computing, graphics, thebuyersguide, news, gear
All products recommended by Engadget are selected by our editorial team, independent of our parent company. Some of our stories include affiliate links. If you buy something through one of these links, we may earn an affiliate commission.