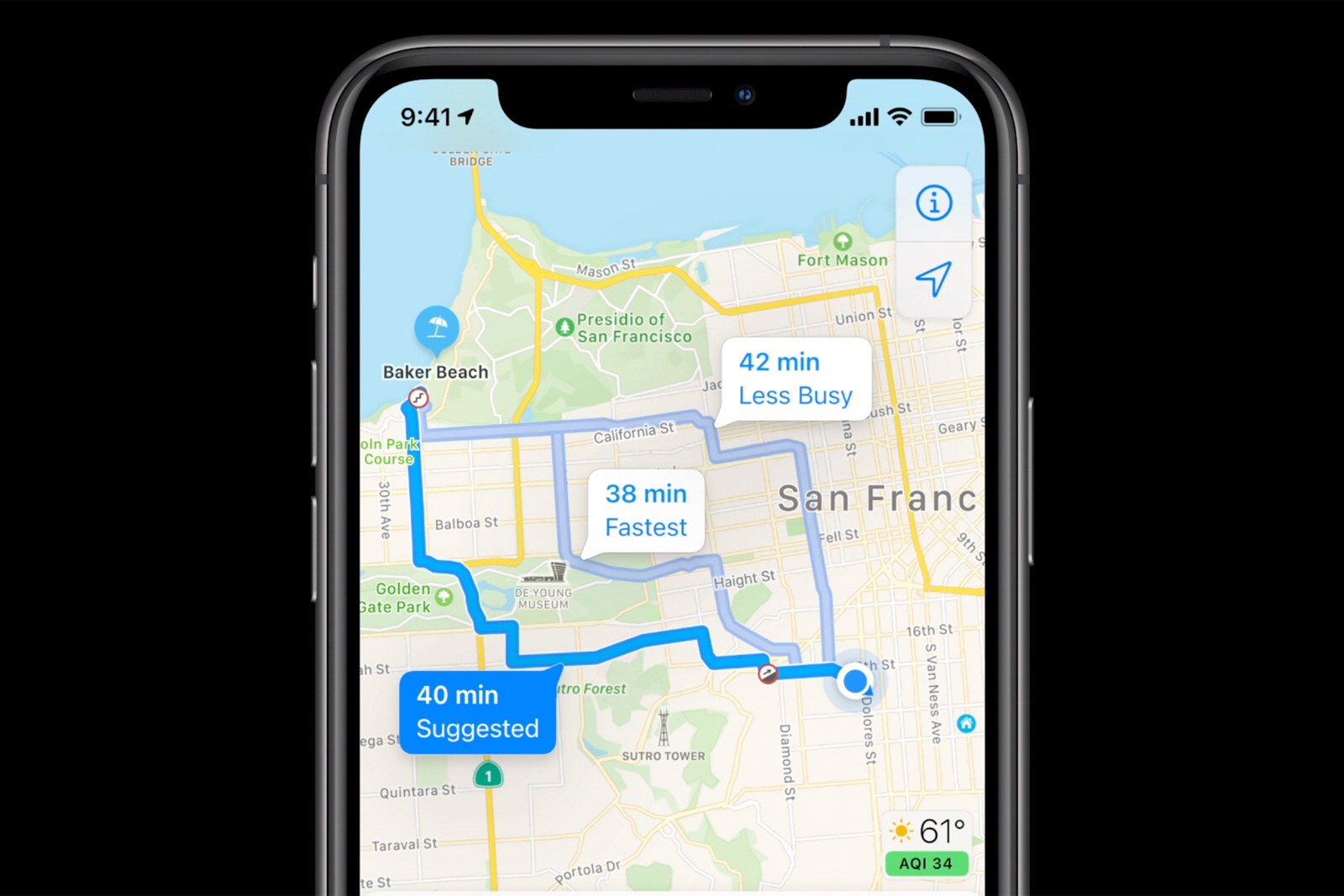 Apple Maps in iOS 14 will be much more useful if you’re determined to be kinder to the planet. The upcoming Maps release will finally include cycling directions, so you’ll know just how long it’ll take to get home using pedal power. It’ll even let you know if you might have to climb stairs or otherwise hop off your bike along your route. If you’re driving an electric car, you can get EV-friendly routing and charger locations. And if you live in a city with congestion areas, like London or Beijing, you’ll find out if where those areas are and (in Beijing) whether you’re allowed to drive in them on a given day.

This update will also be more helpful to non-Americans, with more detailed map data coming to Canada, Ireland and the UK. These features won’t necessarily get you to ditch rival software like Google Maps, but they do reduce the need to turn to third-party apps for anything other than standard driving or walking.

In this article: Apple, iOS, wwdc2020, iphone, smartphone, mobile, operating system, iOS 14, Maps, Apple Maps, Navigation, cycling, EV, Electric car, charging, Electric vehicle, news, gear
All products recommended by Engadget are selected by our editorial team, independent of our parent company. Some of our stories include affiliate links. If you buy something through one of these links, we may earn an affiliate commission.