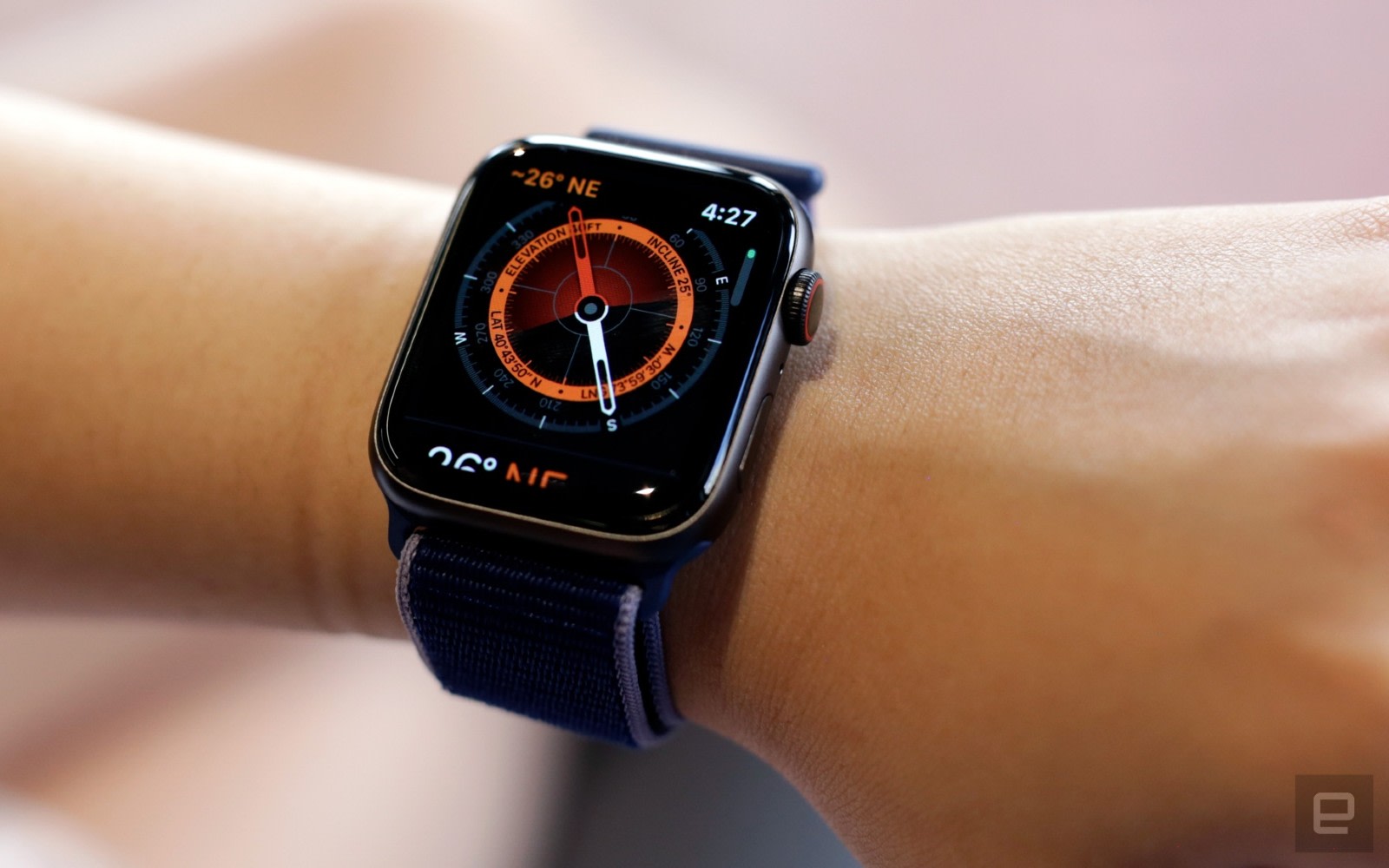 When Apple releases watchOS 7 later this year, users can look forward to new features like sleep tracking. However, they'll also have to make do without one of the wearable's signature gestures. Not mentioned in yesterday's keynote is that the company is moving away from Force Touch. If you're not familiar with the feature, it's a hardware-enabled gesture that allows watchOS users to access hidden menus and settings by firmly pressing down on the screen of their Apple Watch. It has been an integral part of the Watch experience since Apple released the first model in 2015.

In Apple's new Human Interface Guidelines, the company recommends developers rework their apps to scrape the gesture. "In versions of watchOS before watchOS 7, people could press firmly on the display to do things like change the watch face or reveal a hidden menu called a Force Touch menu," Apple says. "In watchOS 7 and later, system apps make previously hidden menu items accessible in a related screen or a settings screen. If you formerly supported a long-press gesture to open a hidden menu, consider relocating the menu items elsewhere."

As MacRumors notes, several of Apple's first-party Watch apps already reflect the change in the developer preview of watchOS 7. In the Activity app, for instance, you can currently change your move goal by pressing down on the display. With watchOS 7, by contrast, that functionality is accessed through a menu item.

The fact watchOS 7 drops Force Touch support likely indicates the next Apple Watch won't ship with the hardware to support the feature at all. Apple has been moving away from Force Torch and its various iterations over the past several years. In 2018, the XR was the first iPhone to ship without 3D Touch, the iPhone's version of Force Touch, since Apple introduced the feature in 2015. The current iPhone lineup does not include the functionality at all. However, it was less surprising to see Apple do away with 3D Touch. While handy, it was something many iPhone users weren't familiar enough with to use. Force Torch, by contrast, feels integral to the Apple Watch since it helps make it easier to use the wearable's small screen.

In this article: gadgets, gadgetry, watchos, watchos 7, apple watch, wearables, force touch, 3d touch, iphone, mobile, wwdc2020, news, gear
All products recommended by Engadget are selected by our editorial team, independent of our parent company. Some of our stories include affiliate links. If you buy something through one of these links, we may earn an affiliate commission.